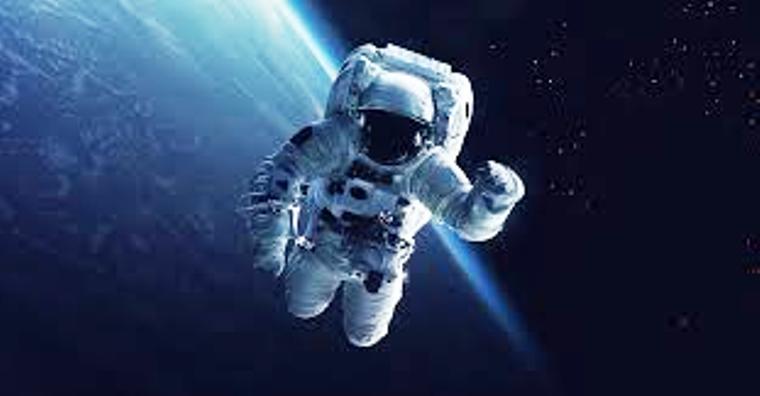 The high school students sit silently, full of anticipation as they wait for an astronaut to speak with them. The youngsters are part of the United Space School program and are waiting in a lecture theatre at the University of Houston in Clear Lake, Texas. They come from around the world to participate in the summertime program, but interestingly the majority are from Celtic nations.  The astronaut speaking with them also has Celtic roots.  A great many of the engineers and scientists from NASA donating their time to teach on the programme, which is run by the non-profit group the Foundation for International Space Education, are also Celts. Celts in space? This might seem surprising. Yet to those in the space industry, it’s business as usual. From the very first days of U.S. manned space flight through a half century later, Celts are at the forefront of designing, building, operating, and flying pretty much everything that the West has put into space. According to analysts at Flightglobal, the Isle of Man is now the fourth most likely nation to return to the Moon following the U.S., Russia and China.

If you’re a fan of Dan Brown and conspiracy theories, it would be easy to see one here.  You could say that a veritable Celtic Space Mafia must be operating, so prevalent are Celts at all of the crucial design and decision points in the history of space flight. Depending upon which way you choose to see the facts, it either gets darn right spooky, or puts a warm, knowing glow in your Celtic heart.

OK, for fun, let’s play conspiracy for a moment, just so you can see how easily Celtic prowess in science, engineering, and politics could be misconstrued.  Let’s ask a series of rhetorical and leading questions. 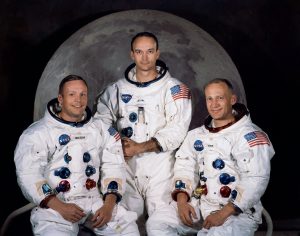 Interestingly, they both flew to space in a Mercury Capsule built by the McDonnell Aircraft Company. Great Scotts, American engineering. Those who designed mission control from Mercury through to today’s international space station were also led by Celts.

OK, let’s keep going. Which President tasked NASA to put a man on the Moon ‘before the decade is out, not because it is easy, but because it is hard’? President John F. Kennedy, an American of Irish decent. Which president then took up the mantle of achieving JFK’s goal? President Lyndon B. Johnson, an American of Scottish descent. The entire crew of Apollo 11 were also of Celtic lineage. The first people to walk on the Moon, who took that one small step – and that one giant leap for all of us – were Celts. There is even a specific and official Lunar Tartan that was a best seller at Harrods of London for many years and is still available.

Some say that Neil Armstrong took a piece of tartan to the Moon. Upon his return, he wore his kilt proudly as he was paraded through Langholm, Scotland, where he was declared a Freeman of the Burgh.

Buzz Aldrin is also of Scots descent and proudly so.

The Apollo 11 crew were followed by more Celtic Moonwalkers such as Alan Bean (Apollo 12), Alan Shepard (Apollo 14) who played golf on the Moon (an appropriately Scottish thing to do), David Scott (first to drive on the Moon, Apollo 15), and James Irwin (also Apollo 15).

Alan Bean also took his family tartan to the Moon. In 2011 he sent a piece to the Scottish Tartans Authority with the following note, “This piece of MacBean tartan was flown to the moon in our Apollo 12 Command Module Yankee Clipper. It was then transferred to our lunar module Intrepid and was landed on the moon, November 1969. I am entrusting this valuable piece of tartan history to your care. Alan Bean, Lunar Module Pilot.” 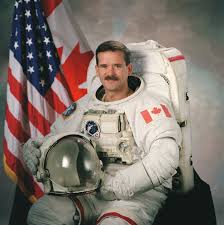 In all of human history, only twelve men have walked on the Moon.  Half of them were Celts. Conspiracy? No, more a passion for science and engineering coupled with the American Dream.

The leading role of Celts held true for Skylab, the United States’ space station. The proud tradition of Astronaut of Celtic descent has continued through to today’s International Space Station program.

Astronauts with Celtic lineage in the Space Shuttle program include Jerry Ross, Bonny Dunbar, Eileen Collins, the first woman Shuttle Commander, and Mark and Scott Kelly (NASA’s first twin astronauts), Jim Kelly and Megan MacArthur.  As a salute to their heritage, the tartans of many Clans are often flown in space. Astronaut Catherine “Cady” Coleman celebrated St. Patrick’s Day in orbit in 2011 by playing a 100-year-old Irish flute.

In correspondence with the Scottish Tartans Museum in North Carolina, veteran Shuttle Astronaut Jerry Ross said, “I was already a member of the Clan Ross Association of America…I thought it would be neat to fly the tartans and then make presentation items to give to the Chief, to the various Clan Ross associations around the globe, and to my family.”

Jerry noted that on one of his missions, STS-74, more than half of his crew were of Scottish descent.

Many of those who have flown for the European Space Agency and France are also Celts.  Indeed, the first Frenchman and the first European in space was Bretton General Jean-Loup Chrétien who not only flew to the Mir Space Station, but then also later flew on the U.S. Space Shuttle.

The Canadian Space Agency astronaut core is also proudly home to many Canadian Celts, from David Williams through to Chris Hadfield, who recently returned from six months aboard the Space Station where he tweeted in Irish Gaelic. 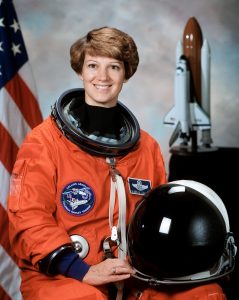 In 2011, David Williams spoke of his heritage on a visit to Wales. “My father, who was born in Bargoed, never would have imagined that his son could have a chance to fly in space, it’s something that hadn’t been done then,” he said. “And that’s in the space of one generation. I’ve had the privilege of going on two missions, doing three space walks. The Welsh dragon has flown in space, I was able to speak a bit of Welsh. I think it will be very exciting to look to the next generation of Welsh astronauts who will be able to go into space.”

We have yet to find a Space Shuttle mission flown without at least one astronaut of Celtic decent on board. So, the next time you stop and look up at the Moon, imagine the Celts who walked there, who sent them there, who made it possible for them to get there.  Think then of all of those who flew on the Space Shuttle and of the tartan that is circling above you aboard the International Space Station that orbits the Earth every ninety minutes. Wonder perhaps where the Celtic students attending the United Space School programwill take us on their giant leaps of the future.

The astronaut speaking with the space school students in late July this year was my wife Nicole Stott, space walker and veteran of two Space Shuttle flights, including the last flight of the Space Shuttle Discovery, and Expeditions 20 and 21 to the International Space Station. Stott has spent over 100 days in space during her ongoing career at NASA.  She was also the first to speak Manx Gaelic from orbit to schools on the Isle of Man via a live video conference in 2009.