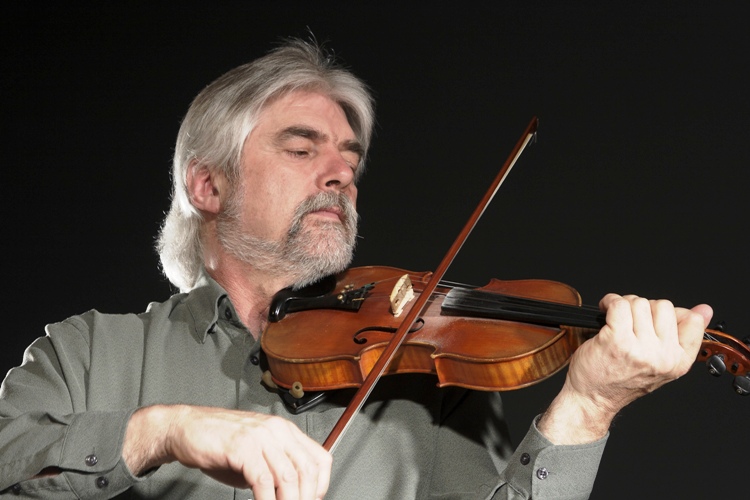 Gordon Stobbe says that his fiddle – a Handorff model that he bought in the 1970s from renowned Austrian-Canadian violin maker George Heinl – has been his ticket to traveling Canada from coast-to-coast-to-coast.

“I have toured the Yukon up to Old Crow, Nunavut up to Pond Inlet, the Northwest Territories from east to west, Newfoundland and Labrador, and remote towns like Bella Coola, British Columbia, and Churchill, Manitoba, to name but a few,” he shares via email from the road.

En route, the Nova Scotia native has written and compiled 20 fiddle books – both instructional and collections of tunes.

Recently named to the Order of Canada, the 72-year-old, first generation Canadian appreciates the recognition for his decades of teaching and mentoring fiddle players of all ages. He has also been touted for co-creating, hosting – and musically directing – the popular television variety show Up Home Tonight, and for manning the microphone of his long-running Halifax-based radio show, Bluegrass Express. 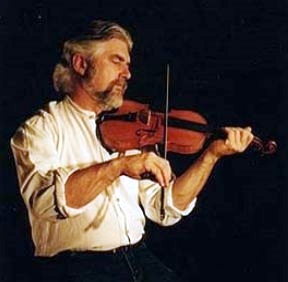 Interestingly, despite his affinity for the fiddle, Stobbe doesn’t have a Celtic bone in his body; he was born in Saskatchewan to Russian immigrants who came to Canada in the 1920s, a family with no musical tradition whatsoever.

“All my ancestors were Mennonites who left Russia during the Russian Revolution when they lost their farms to the Communists.”

As a young man, Stobbe tried his hand at many instruments before discovering a used, dust-covered fiddle in the corner of a Toronto music store.

“I realized this was something different, and I began a serious attempt to learn to play. I bought an LP called 25 Canadian Fiddle Hits and I started to study the tunes.”

From the very get go, Stobbe was struck by the sociability of the instrument.

“Fiddlers can play together or alone. Repertoires are easily shared, and there is a lot of room for creativity. Musically, the fiddle defines many Canadian cultures, including First Nations and Metis players.”

Learning to play in Ontario, friends introduced him to a number of American greats, including Kenny Baker and Clark Kessinger.

“I also remember hearing my first Scotty Fitzgerald recording and being amazed at the difference between him and other Canadian styles. Today, because I travel so much to the west and the north, I get to listen to players there in a live setting.”

“There is joy in fiddle music in all of these places, and I have been blessed to be invited and included.”

Over the years, Stobbe has mentored First Nations and Inuit children in Nunavut, Yukon, Northern Manitoba, and the Northwest Territories. Believing music “fills a sociological and cultural need for the youth in remote communities,” he partnered with a variety of organizations to demonstrate and promote fiddling.

“Working with Inuit children in the north was a much more Canadian experience than climbing the CN Tower, for example. With the tundra landscape so different – and the children so funny, playful, and easy to engage – I loved every minute of it.” 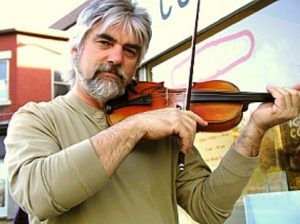 Early in his career he gigged with the Dixie Flyers in Ontario. Later, in Nova Scotia, he plied his trade with the Ladies Choice Bluegrass Band, Those Fabulous Cliches, Mighty Oak String Band, RazzMaTazz for Kids, the John Gracie Band, Bowties with Duo Concertente, and the Gordon Stobbe Trio. Over the years he has been in high demand as a sideman for touring acts, and has contributed to countless recording projects.

More recently, Stobbe has been composing new music and arranging traditional tunes for fiddle ensemble. He developed a two-hour stage show, The Fiddler’s History of Canada, which traces the spread of fiddle music through the development of the country. He first staged the show with a youth fiddle group in Smithers, British Columbia, in 2012, and is currently working with groups of young fiddlers who plan to remount the show. These days, he is also engaged in a project called Twin Fiddles with Saskatchewan fiddler JJ Guy, and expects their fourth CD of original, harmonized fiddle tunes to be out later this year.

Along with his Order of Canada, Stobbe has been inducted into the Nova Scotia Country Music Hall of Fame, given a lifetime achievement award from the Canadian Grand Masters Fiddle Association, and received the East Coast Music Association Stompin’ Tom Connors Award.

“All of the accolades are very rewarding, but at the end of the day I am most grateful for the gift of being able to play wherever I may roam.”