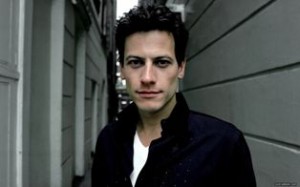 The weather in South Wales is rarely a hot-topic of discussion amongst its residents – mostly as it is rarely hot there.

“We do get some good days for sure,” shares Welsh-born actor Iaon Gruffudd (Anglo: John Griffith) over the phone from Bristol, U.K, where he about to start work on another feature-length film project. “But that’s more the exception than the rule I’m afraid. More often than not it’s damp, if not outright wet.

“Actually, it’s a little like being in Bristol at the moment,” he adds. “I guess there is something about the U.K coastline that brings out the clouds.”

It’s easy to like Gruffudd; he is warm, well-spoken, and a welcome-breath of fresh air in an industry renowned for stale egos.

“Ah, that would be my parent’s doing,” smiles the 39 year-old, humbly. “They were both teachers, and quite religious as well. My brother, sister and I grew up in a strict, but fair environment, where respect and courtesy for others was at the top of the list.”

“And it might well be a Welsh thing also.”

I ask him to elaborate.

“Well,” he pauses. “How might I say this without it coming across as offensive? You see, the Scots and Irish can be fairly, er, vocal about their heritage. The Welsh are maybe a bit more, um, subtle and reserved?”

“Oh I wouldn’t go that far,” he laughs out loud.

Born in the small borough of Llwycoed, Gruffudd and his family later relocated 40 minutes southeast to the capital city of Cardiff.

It was there that the youngster took up music, even winning a number of awards for singing and playing the oboe.

“Those early experiences gave me the confidence to do what I really yearned to do, and that was to act,” he remembers.

Gruffudd got his wish by the age of 13, when he was cast in a Welsh television drama. Other local opportunities ensued, both on screen and stage. At 18 he moved to London to study at the Royal Academy of Dramatic Art, soon-after picking up small bits in television and film.

“It was simply incredible to be a part of something of that stature,” he recalls. “And the experience opened up all sorts of new opportunities for me.”

Audiences might know him best, however, as the brainy – and rubbery – Mister Fantastic, (Reed Richards) in the 2005 and 2007 big-screen adaptations of Marvel Comics’ Fantastic Four.

“Great fun,” he recalls fondly. “Imagine, getting to play a super-hero…I mean, what more could one ask for really?”

And while he acknowledges the dangers of being typecast with these types of films, Gruffudd notes “that hasn’t been my experience.”

Sure enough, the work has been steady and varied since then, including a recent stint alongside Sarah Michelle Gellar in the television series Ringer, which was filmed in his current hometown of Los Angeles where he lives with his wife (actress Alice Evans) and three year-old daughter (Ella).

“I loved being able to go home to my family at the end of a work day,” he confides. “For the first time in my life I feel like a regular working guy. It’s quite nice actually.”

“And, well, frankly I’ve become quite spoiled with the great weather there.”