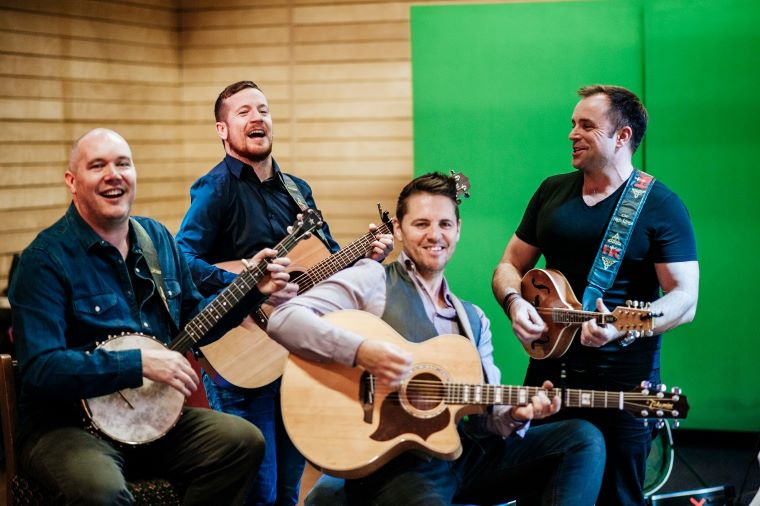 It has been just over three years since Celtic Life International last spoke with Irish folk group The High Kings. In that time, the world-renowned quartet has undergone an evolution of sorts.

“The first major change would be that we have found a fantastic multi-instrumentalist and singer named Paul O’ Brien from County Laois,” says the band’s guitarist Finbarr Clancy. “The good news is that the low and high whistles are back in – as is the bouzouki. Paul also adds the harmonica to great effect, the mandolin, and if all that is not enough, he is currently working on the Uilleann pipes.”

In addition to gaining a band member, The High Kings have also released their ninth album – a live recording titled Home From Home.

“When touring is no longer an option due to present circumstances, you have to get creative and find yourself a project,” continues Clancy. “That is when we decided we wanted to come out the other side of this with something to show for it. Home From Home is the fruits of our labour.”

“We couldn’t tour due to the (COVID-19) virus, so we wanted to give our fans a little bit of what they were missing – and also give them a little bit of hope. We picked songs from places we love around the world and gave each song our signature High Kings stamp.”

The 11 tracks that comprise Home From Home celebrate classic folk songs, both old and new, including Streets of London, Farewell to Nova Scotia, Green Fields of France, and Summer in Dublin – Holden’s personal favorite.

“Some songs we have been singing for a while and hadn’t already recorded,” shares Clancy. “Then there were some great songs we wanted to record about cities we shared a close affinity with. Having performed there so many times, they were considered a home from home. That is really how the album got its name.” 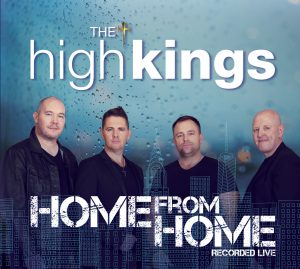 Piecing the album together was not without its share of challenges, especially with ongoing COVID-19 concerns and protocols.

“Covid stopped everything in its tracks for us – impacting the music industry so hard,” Clancy notes. “As we were forced to stop everything, it gave us an opportunity to plan ahead and think about where we would like to take the band in the future, and how to get there.

“This was a completely different experience when it came to recording an album. Ordinarily, especially for a live album, we would get together to rehearse the material. That was not possible with government restrictions in place, so much of the preparation was done remotely. We could only get together to record when government restrictions were eased.”

“The biggest surprise was how in sync we were throughout the entire process,” adds Holden.

“It has been phenomenal,” says Holden. “Far beyond anything we could have hoped for. Number 1 on numerous iTunes Charts around the world, including in the USA. Reviews have been very favourable. We are grateful.”

Both Clancy and Holden hold out strong hope for the future of Irish music but share concerns about the long-term effects COVID-19 will have on the industry.

“Ireland’s music industry will hopefully boom after the pandemic,” says Clancy. “There will, of course, have to be changes to public health guidelines. Exactly what they will be is anyone’s guess. One thing is for sure: there is a massive appetite for concerts right now and, once things open up again, it could be a golden age for live music.

“If we want the world of live entertainment to return to what it was – or as close to as possible – then we need to let our government know how important this industry is,” adds Holden. “We have spent the last year staring at computer screens and that is soul destroying. It is just not the same as being out among people at a gig. Obviously, the health and well-being of our elderly, vulnerable and sick are of primary importance, and we will continue to do all we can to protect everyone. So, too, is the mental health of people who are craving a return to normality.”

The band has no plans to slow down over the coming months.

“We are going to get back to work and get busy,” says Holden. “We have missed our fans and we have some new songs from Home From Home to play for them. We are only getting started and the best is yet to come.”