The Wonder of Waterford 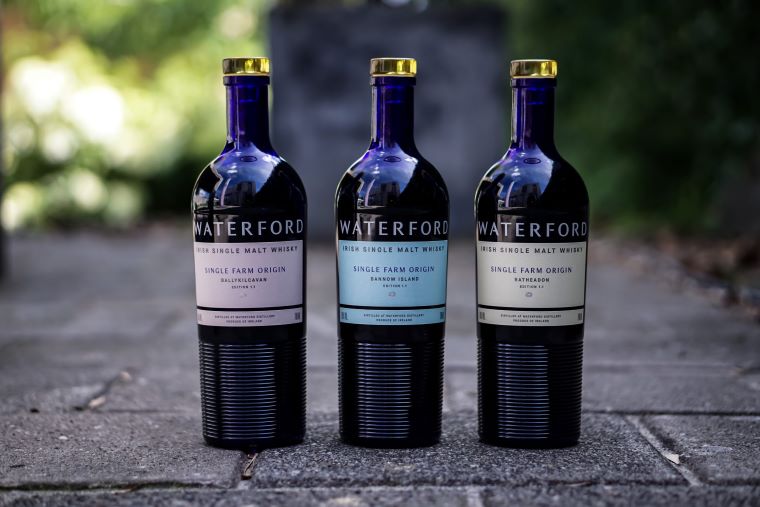 The Irish whiskey industry is going through a renaissance at the moment, and no distillery better exemplifies this than Waterford Distillery.

Waterford was opened in 2015, in the recently decommissioned Waterford Brewery, in the town of the same name, about 100 miles south of Dublin. The original brewery opened in 1792 but was replaced in 2004 with a state-of-the-art facility built by Diageo at huge expense to brew Guinness. It was closed in 2013, with the site put up for sale after Diageo opened yet another massive new brewery at St. James Gate in Dublin. And that is where Mark Reynier enters the picture.

Before we wade into the deep end of Waterford, we need to first touch on Bruichladdich, the plucky distillery on Scotland’s west coast Isle of Islay. Bruichladdich, which originally dates to 1883, was in a sorry state at the end of the 20th Century. In 2000, the distillery was purchased by Murray McDavid, an independent bottler headed by Mark Reynier, a former London wine merchant. When Bruichladdich was brought back to life a lot of focus was put on barley, terroir, and cask selection. Since its revival in 2000, Bruichladdich has only ever made whisky with Scottish barley, and has managed to source up to 40 per cent of its annual production from Islay – a considerable feat considering the storm-battered island is not exactly ideal for cultivating barley. Bruichladdich worked closely with local farmers to achieve this. Reviving Bruichladdich wasn’t easy, but in 2012 the distillery was sold to Remy Cointreau for an impressive £58,000,000.00.

Mark did not want to sell as he was just starting to see the fruits of his labours at Bruichladdich. His passion and curiosity about the role terroir played in whisky was born during his time in the wine trade. But in 2012 he found himself looking for a new challenge, still full of passion, and with some capital in hand. In 2015, along with some investors, Mark bought the old Waterford Brewery from Diageo, and began converting it into a distillery. That same year he began sourcing barley from Irish farms, playing close detail to what they creatively call Téireoir; a blend of the French word terroir and Éire, the Irish world for Ireland. Impressively the first spirit trickled off the stills in January of 2016. 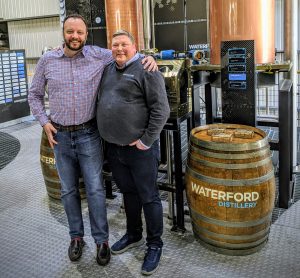 The distillery takes barley and téireoir very seriously, storing the production from individual farms and harvests separately. The distillery tracks huge amounts of data on all of its barley, including the soil and growing conditions. They even employ their own full-time agronomist to analyze the data to see how the terroir influences flavour development. Waterford is uniquely outfitted with a wet mill and a mash filter, pieces of equipment found in few other malt whisky distilleries, but which may be huge assets. The distillery employs a long fermentation by industry standards, tweaking it depending on the barley’s traits.

Distillation is also slow and precise, resulting in a very a fruity spirit with distinct profiles to reflect the barley and its téireoir.

The first Waterford whisky was launched in March of 2020, just as the Covid-19 pandemic was taking hold. The distillery wasn’t able to give its whisky the launch they wanted, but it has quickly caught on internationally, garnering high praise from respected critics and experts. Over the last year Waterford has released at least two dozen different whiskies, mostly Single Farm Origin Single Malts, each produced from a single harvest at a single Irish farm. There have also been two releases of the “Arcadian Series Organic Gaia” single malts, as well as their first Cuvee called Lómhar, which is Irish Gaelic for ‘gem.’

I had the pleasure to visit Waterford in early March last year, just before the world turned upside down. It was nice seeing Mark Reynier again, whom I have known for nearly two decades from his time at Bruichladdich. The distillery is impressive, both technically and aesthetically, with a great team. Waterford is a distillery to keep your eye on; the spirit it is producing is world class, and they are filling it in to good quality wood. While I am not yet a true believer in the concept of barley terroir, I do think Waterford is following a recipe for success. High quality barley, long fermentations and precise distillations combined with a great wood policy is as good a recipe for world class whisky as I can think of, and the proof is in the pudding. The first whiskies may be young, but they are excellent!

Waterford Distillery can be visited, but only by appointment. The whisky is currently available in Alberta and British Columbia in Canada, as well as in a handful of American states. ~ Story by Andrew Ferguson