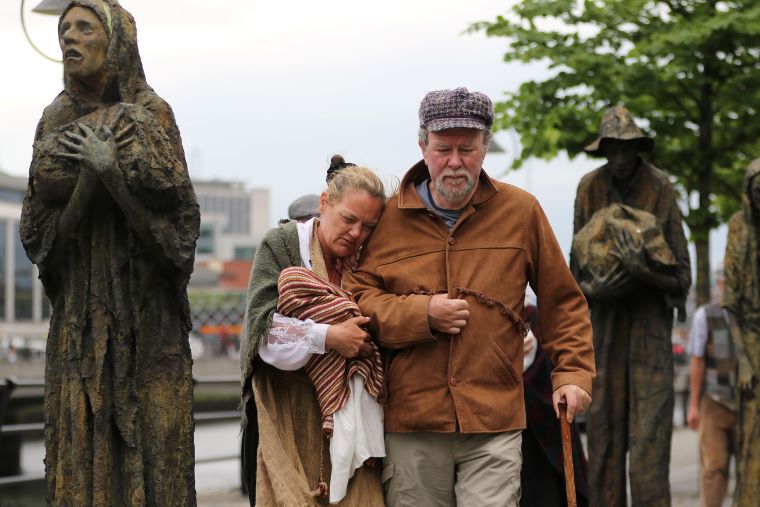 Stretching 165km from County Roscommon to Dublin, the National Famine Way commemorates the poignant journey of 1,490 people who were evicted from Strokestown Park estate in 1847 at the height of the Irish Famine.

The families, carrying their scant belongings, walked to Dublin to board the famine ships that would take them to America. They were just some of the two million people who either died or emigrated during Ireland’s Great Hunger.

The new heritage trail follows the emigrants’ path along rural roads and alongside the evocative Royal Canal through counties Longford, Westmeath, Meath and Kildare, finishing in Dublin at the iconic Famine Memorial on Custom House Quay. 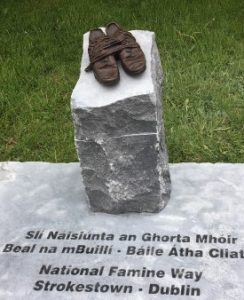 Along the route are some 30 bronze sculptures of children’s shoes. These interactive sculptures tell the stories of individuals and families from the 1,490, bringing to life their tragedy and adding a thought-provoking dimension to the trail.

The National Famine Museum is housed in Strokestown Park House, which became infamous when its owner Denis Mahon was assassinated after forcing his tenants to emigrate. The museum tells the story of the Great Hunger, eviction, migration, and the murder of Mahon.

EPIC, The Irish Emigration Museum, named Europe’s Leading Tourist Attraction 2019 at the prestigious World Travel Awards, is the world’s first fully digital museum. Encompassing 1,500 years of Irish history, it is a slick, interactive and entertaining presentation on how, where and why the Irish emigrated.

Near to EPIC, the Jeannie Johnson Famine Ship, moored on the River Liffey, offers the chance to see first-hand the conditions that the emigrants endured during the long Atlantic crossings in what became known as ‘coffin ships’.

The National Famine Way can be joined at numerous locations along its route and, as well as offering a pleasant walking trail, gives a glimpse into the human suffering endured during the darkest chapter of Ireland’s history.

The trail was officially opened in May when a group of walkers, re-enacting the emigrants’ journey, completed the 165km route.