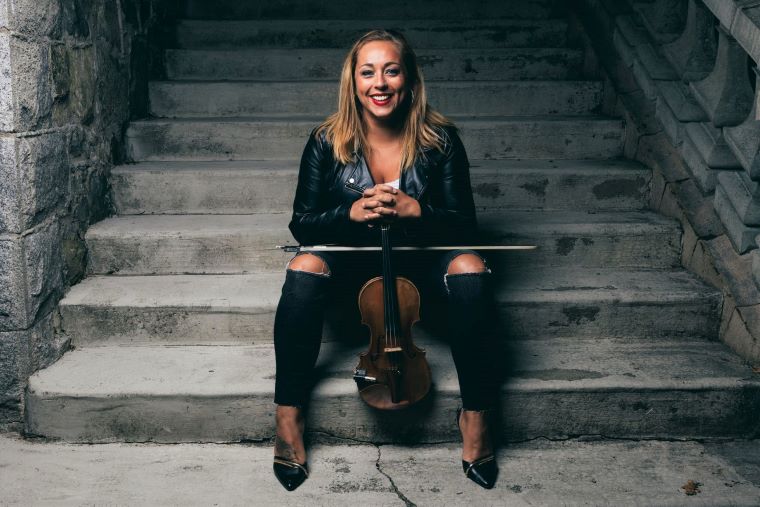 Most of us are lucky if we ever get the chance to simply meet our heroes. Ivonne Hernandez is even more fortunate – she has had the opportunity to play the fiddle alongside many of hers.

In an email exchange with Celtic Life International from her home in Vancouver, British Columbia, Hernandez shares how she went from a toddler idolizing the greats to getting to fiddle with them as equals.

“My younger sister and I both took Suzuki violin lessons when we were three or four years old. We grew up listening to traditional South American folk music, Canadian folk and fiddle music, jazz, and classical music, mainly.

“I was also very tiny, so I started with a smallish fiddle, and got bigger ones as I grew. I loved playing any music that I heard by ear and playing it on the fiddle – and I still do.”

After an early and decisive victory at a local fair’s fiddling contest playing the tune Turkey in the Straw – which she had memorized from listening to a Don Messer cassette – Hernandez was bitten by the fiddling bug.

“I played a lot of Canadian fiddle contests growing up, but I was very influenced by Cape Breton, Scottish, and Irish fiddling as well. I am a traditional fiddler at heart because that is what I played as a young girl.

“What I like playing most, however, are tunes and arrangements that push the boundaries of what fiddling can do, while still staying true to my roots. I love the juxtaposition of taking a standard trad tune and arranging it more progressively to see what can be done with it. It is a fun challenge, but I still want to honour the tradition, too.” 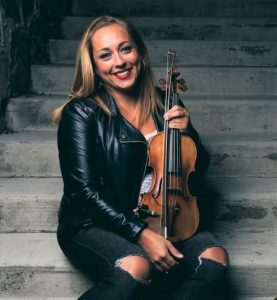 She is quick to credit those influences for her sonic success.

“The combination of all these different styles of fiddlers has really shaped my playing. To this day, I still listen to and love all of those artists. It has been fun, as I now feel like I have come full circle – I have performed and toured with these folks, and we are friends now, except Stephane Grappelli, of course. But I do know his partner, and we had dinner at their flat in Paris when I was there last, and he showed me all kinds of Stephane’s letters, photos and fiddles.”

As it has been for many artists, the COVID-19 pandemic has presented all sorts of challenges to Hernandez’s career. She has adapted well, however.

“The past year has been a bit crazy for everyone, but I have been doing a lot of teaching online and the odd concert, workshop, symposium, etc. I am still leading my teen fiddle group, Coastline, and we will be doing some recording soon. I have also been working with some long-time friends – we have finally had time to work on some tunes, and we will be going into the studio to record this summer. It has been a while since I have done my own album, so I am looking forward to that.

“I also finally had time to put a bunch of videos together,” she adds. “#MagicMondays is a series I recorded while touring over the past five years, where I meet up with friends I see on the road at different festivals or camps. We sit down and have a little chat and play a tune together. #FiddleFridays is a tutorial video series of really common session and/or dance tunes that I always get asked about, so I thought I would help to share the fiddle love and post teaching videos on how to play these tunes.

“I am pretty proud of myself for working hard to be able to get to this point in my career. There is still a lot more I would love to do, though, and I believe that it is good to always have new goals and challenges.”