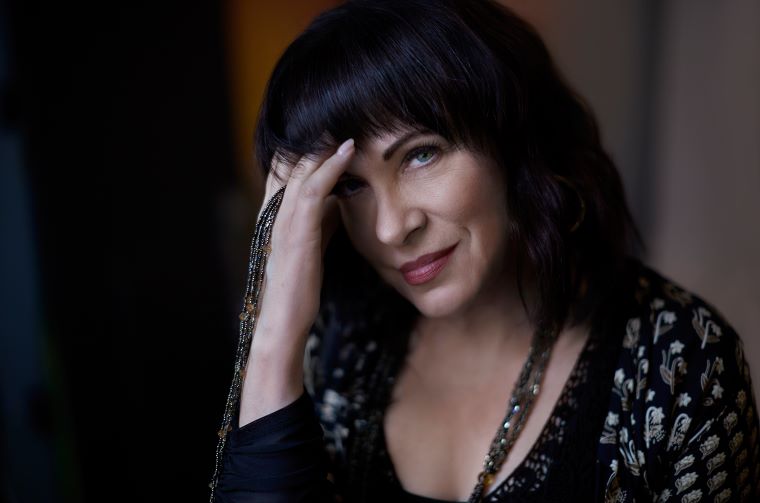 Janiva Magness comes by the title Queen of the Blues honestly. Born and raised in Detroit, the 64-year-old songstress left home as a teenager after losing both of her parents to suicide. After a few rough years, she found her calling in life after seeing Otis Rush in concert. Since then, she has recorded 15 albums, toured the world, won a multitude of awards, and lived to tell.

You have Celtic connections do you not?
Yes, my paternal grandfather was full-blooded Scottish. My mother is half-Irish, although that side of the family history is a bit of a brick wall as she was an only child and there is simply no one left to ask. On my father’s side, my aunt made a life’s work of exploring the Magness family genealogy. She left a massive three-ring binder, which I have now, that traces our lineage back to a gentleman named Mackness. There is all sorts of stuff in that binder – a family crest, old photos, a few handwritten letters.

Do you have any interest in those roots?
Oh yes. I mean, I have read the binder from cover to cover, and I have added a little bit here and there and shared it with my family. I lovingly say that there have been lot of preachers, drunks, and beauty operators in our family tree. I have been to Scotland on tour, and I felt an immediate connection there, like I was walking on home turf. I felt very riveted – almost magnetized – in Edinburgh. I kept seeing people that looked like me.

Do you think those roots informed who you are and what you do?
I have no doubt that my Scottish DNA had an impact on my ability to survive. The Scots are tough, headstrong, resourceful people, and those qualities must have trickled their way down through our family gene pool to me. 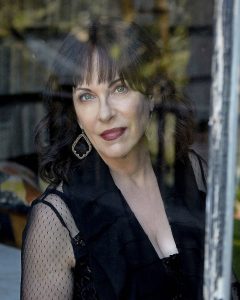 Is that Celtic influence anywhere in your music?
Absolutely. When the Scots and Irish came to North America, they brought their music with them. So many of them settled in the South and that influence is there in country music, jazz, and the blues. While it may not seem immediately apparent, you can hear Celtic roots in the melodies. Certainly, the Irish sense of melancholy informed the blues, both musically and lyrically. And there is the storytelling element also – no one spins a yarn quite like the Celts, and that is a central component in all music, and particularly in the blues.

The Irish, in particular, seem to have a real affinity for the blues.
Of course. Given what they have been through over the centuries the appeal is more than understandable. Much of Ireland’s traditional music – the jigs and reels – arose from places of hardship, either to reflect those difficulties or to overcome them. In that sense, it really is no different from what we have heard from the great American blues artists. Sometimes I feel like people don’t truly understand what blues is about – it is, first and foremost, healing music. And, for me, it captures the power and resiliency of the human spirit.

Is that why you got into it?
Yes, though at the time I didn’t recognize it – I was caught up in the power and immediacy of the music, the blues scene itself, and all the pitfalls that came with it – you know what I am talking about here. But I was a kid, really, when I first got into it. In retrospect – and today it is much easier to connect the dots of the past than when I was actually going through it – it was a form of self-therapy. I was able to give voice to something that needed to be expressed, that refused to stay silent. I was giving intangible things some sense of tangibility. In some ways, the blues – and music in general – saved my life.

Are those the same reasons that you continue to sing today?
Yes and no. Look, if you get to my age and you aren’t carrying any baggage from your past then you haven’t been living. For sure, I still have some deep wounds and scars that need to heal, and that is an ongoing process. Over time, those have lessened, but some of them are still there. On the other hand, writing and recording and performing bring me great joy and help me to celebrate life. I love to travel and see new places, experience different cultures, try new foods, and meet new people. I am still filled with wanderlust and wonder.

Your 2019 book, Weeds Like Us, was a way of sorting that stuff out as well?
Yes, it was. It was quite a process, and the writing took a long time. You could even say it took a lifetime. But it was important for me to cut through the myths I had been telling myself about myself and get to what was, and is, real. They say that truth is better than fiction, and that was certainly my experience with the book. I also wrote it in hopes that it might help someone out there who might be struggling. I mean, what’s the point of surviving all that heartache if you don’t share the story? I am just so grateful that I lived long enough to tell it. 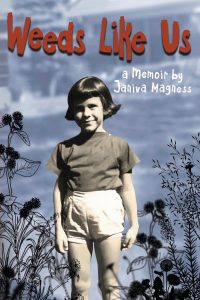 Will there be a sequel?
You never know! Maybe ask me again in another 50 years.

The COVID-19 pandemic has given us all a little extra time.
Yes, for better or for worse. Mostly, however, it has put me out of work. The music industry has been hit hard, and between not being able to tour and the availability of music online, artists have very little opportunities to generate revenue these days. I have done a few things here and there that have helped, but everything has come to an almost complete standstill. And I’m sorry, but streaming concerts just don’t do it for me, either as a performer or as a member of the audience. The experience is flat. I need to be there, in the flesh, to truly enjoy a musical experience.

What have you been doing over the past 18 months?
I have mostly been writing and prepping music for a new recording. We go into the studio shortly and I hope to have the album ready for release in the spring, followed by – say your prayers – tour dates. A few years ago, I began writing and recording original music. Prior to that I had dabbled in my own music and lyrics, but mainly I had been interpreting other people’s music. Which, when you stop to think about it, is really another form of creativity. I love the challenge of taking someone else’s song and making it my own; finding my place in the music, wrapping my head and heart around the lyrics, and breathing new life into it. This new record will likely feature both my own songs and a few covers.

I imagine the new songs will reflect your own personal growth.
Again, yes and no. At the end of the day, the blues are the blues; the rhythm, the groove, the growl – it hasn’t really changed that much over the last century, nor should it. You can still dance to it, you can still sweat to it, you can still sing along with it, and you can still connect with it on some sort of deeper, primal level. And that is still part of the appeal of it for me – the sheer soul and spirit and swagger of the music. On an entirely other level, however, it reflects – perhaps both consciously and unconsciously – who and where I am in my life.

And where is that?
Oh, I am in a really good place with myself these days. I am healthy and happy – young enough to fully understand and enjoy what I do, and old enough to know better! For most of us, there is a certain wisdom that comes with age – usually life lessons that are the result of decades of bad decisions! But I wouldn’t change any of it. If I had the chance now to speak with my younger self, I would tell her to go for it in exactly the same way. And I would remind her to believe in herself, and trust that everything will work out in the end and that, one day – with a little luck – she would live to tell.