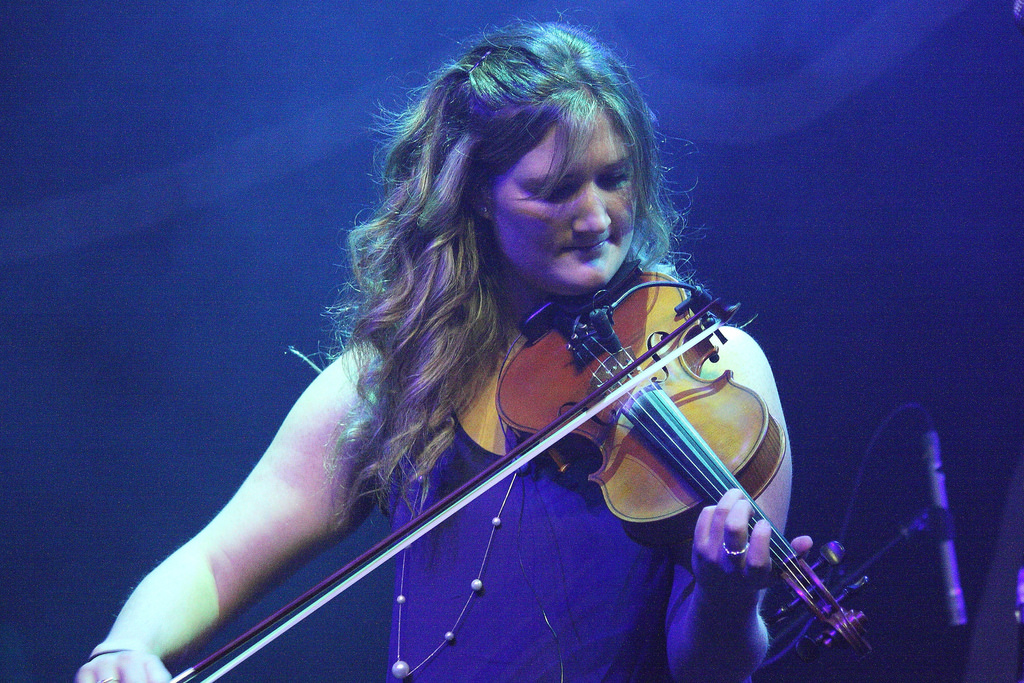 Hailing from the beautiful island of Orkney, fiddler Jeana Leslie has performed traditional music all over the world. Having won the BBC Young Folk Awards in 2008 with her singing partner, Siobhan Miller.  Leslie went on to join German based Irish Traditional band Cara winning ‘Top Group’ in 2010 beating critically acclaimed Cherish The Ladies at the Irish Music Awards.  You can now see Jeana performing in a quartet of Orkney girls named FARA who have just released their debut album ‘Cross The Line’ to rave reviews.  Jeana is showcasing at Celtic Festival Barbados this week as well as being Musical Director of the festival. Recently Celtic Life International caught up with her.

What is your own ethnic heritage/background?
Well, my dad’s a Scot and my mum comes from Montreal and I come from the beautiful Orkney Islands at the very north of Scotland.  I’m a good mix! Haha!

When and why did you get involved with music?
Growing up in Orkney I have always been surrounded by a vast and varied amount of music, so in some way it was kind of inevitable that I started playing.  I started playing the piano when I was nine with a private teacher and then I took up the fiddle at school aged 10.  Originally, I think it was definitely my parents who wanted me to have the opportunities and now I am so glad for it.

Are they the same reasons you do it today?
Absolutely!  There is so much music out there that I don’t know about.  Some to my liking and others not but it would be so boring if we all liked the same thing!  I think it is a very valuable thing to know about other peoples’ cultures, styles of playing etc… even if you can’t do it yourself.  It’s great to meet new people and hear about their experiences too.

What have been some career highlights?
I have been very lucky and had some great highlights so far.  In 2008 I won the BBC Young Folk Award with my singing partner Siobhan Miller.  Since then we have garnered the ‘Best Up and Coming Artist’ of the Year Award at the BBC MG Alba Scots Trad Awards in 2008 and ‘The Hancock Horizon Music Award’ 2009, voted for by the public.  In 2009 I was very honored to perform with Paulo Nutini at “T in the Park” and then at the Ottawa Bluesfest in Canada.  In 2010 I was asked to join the Irish band ‘Cara’ which is based in Germany.  Cara became a multi-international band and went on to win the ‘Top Group’ at the Irish Music Awards 2010 beating critically acclaimed “Cherish the Ladies”.  Being able to perform alongside legends such as Judy Collins, Barbra Dickson. A new project I’m in is called FARA and comprises of four girls who all grew up in Orkney together.  3 Fiddles and a Piano to produce a fiery sound with rich harmonies.  I have great fun with these girls one highlight to mention was that we recently performed at the BBC Folk Awards 2017 in the Royal Albert Hall in London, live on TV.  It was daunting but great fun singing and being able to play to a full hall of six thousand people with some of your best pals.  We released our debut album in October 2016 and will be doing quite a bit of touring over the next year to promote that album. 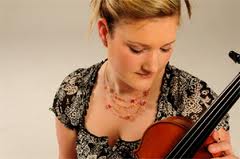 How, when and why did you get involved with Celtic Festival Barbados?
My Canadian grandparents lived in Barbados for years for the winter months and we as a family visited them frequently.  (The first time I went to Barbados I was only 22 months old, and my brother 4 weeks!)  I have family friends over in Barbados and they actually brought it to my attention.  They thought it would be a great thing if I could maybe come and perform at the festival.  They sent me a brochure and it looked great!  I also heard about it from good friends Heidi Talbot and John MaCusker when we were performing at Wimbourne Festival together in 2012.  I performed for the first time at the festival in 2013 with Siobhan, returning in 2016 with FARA after having offered my help with organizing the festival.  The rest is history and here we are in 2017 with a mass of pipers coming from PIPEFEST!

Why is it an important event for the Celtic community there?
Music is a universal language and has the capacity to bring people together from all walks and aspects of life – be they complete strangers or close family members.  I think that this is certainly a reason why I got involved with music.  We have several festivals up in Orkney and when I was younger I loved meeting other musicians listening to all their different styles/genres.  It just fascinated me and made me want to learn and experience new things – so I’m sure it is the same for the Bajan community. I feel that Barbados has an electric rhythm that runs through it – through its’ music and the friendly people that live there.  We are mixing in Bajan spouge with Traditional Scottish and Irish music and it is great fun!  I think that is the main thing about music – you make it fun and enjoy it.  If you are enjoying yourself then that will be portrayed over to and felt by your audience.

Are we doing enough to promote and preserve Celtic culture generally? What can we be doing better?
I think Celtic Culture is very strong at the moment.  There are lots of people, not just musicians, who are doing a lot of work to preserve, branch out, make it more accessible to the general public.  Funding is always an issue with everything I think, but there are so many people involved world-wide, that I don’t think we need to be worried.  Now-a-days musicians travel further afield to work together, cross over with their own cultures, learn about others.  Our music is there and has been for many years.  It is a rich and diverse aural tradition and I think that is a great thing.  There are so many tunes that people know – all with slightly different versions.  I think that is great.  A tune can be passed down, shared through friends, recordings and open to interpretation.  That is why I think our Celtic culture – in music can only grow.

What’s next on your creative agenda?
I am just about to finish up my Secondary school teaching job – no more classroom for a little while!  Back on the road and to being a full time musician for me!  I am really looking forward to it but it is almost like stepping into the unknown – even though I did it for 5 years before deciding to go back to University and get my Post Grad in Education.  Crazy I know! There are few summer festivals with FARA in the UK and then we will be popping over to France to play at Lorient Festival for 10days and then onto Tønder Festival in Denmark.  Like I mentioned before we have our UK Tour in October and then come 2018 more UK dates and then there are plans afoot to be over in Canada and the USA which we are all looking forward to.