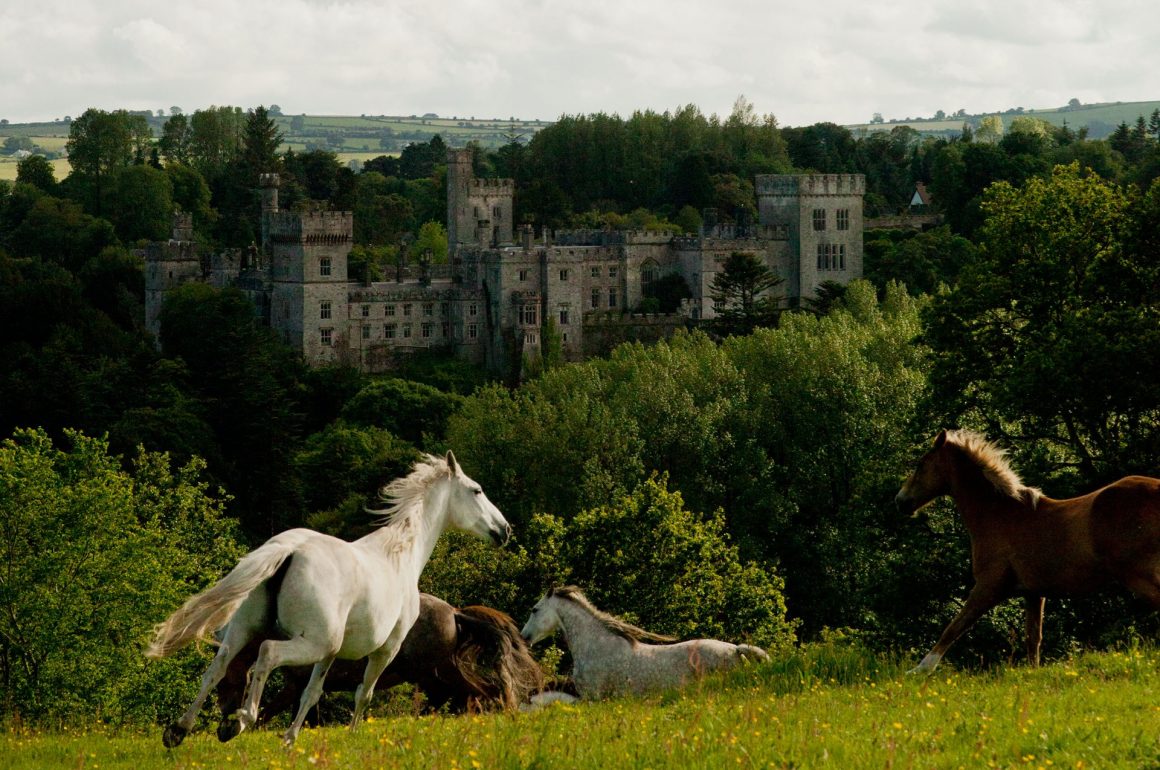 Roaming through Ireland, one never knows what one might find off the beaten track.

We got lost in the dirt roads north of Clonakilty. We were looking for the spot where Michael Collins got ambushed. According to historian Tim Pat Coogan, Collins was “the man who made Ireland.”

In “Clon” itself, as they call it, a busy town 330 km southwest of Dublin, we had seen the house where, as a boy, Collins lived with one of his sisters. We had admired the larger-than-life statue of the legendary figure. And we had followed the signs to nearby Woodfield and explored the site of the family homestead. 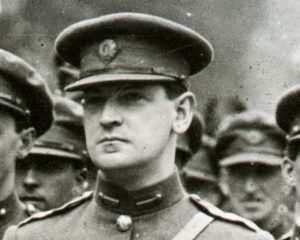 But as evening fell we headed north towards Beal na Mblath, roughly along the route Collins followed in August 1922. The movie Michael Collins, starring Liam Neeson, made that final journey look easy enough. We had a Google Maps printout: how hard could it be?

This being Ireland, signposts were few. We ended up driving this way and that until we spotted another vehicle and hailed the driver, a middle-aged woman with a teenager alongside. She started to explain but then gave up and cried, “Never mind, follow me!” She led us, at remarkably high speed, to within one kilometre of the site and pointed along the road. Finally, we spotted it: the white stone cross that marks the spot where Collins died.

As we stood there, alone in the evening, I realized that this would be a highlight of our driving adventure in Ireland. Looking back, I can not only confirm that, but add that most of our peak moments arose when we strayed off the beaten track.

Yes, we got lost. We got lost in Kinsale, looking for a stone chair. We got lost hunting the birthplace of the Irish saint who founded the monastery at Iona in Scotland, and then again, seeking the lakeside castle that, late in the 16th century, served as a base for pirate queen Grace O’Malley.

But when we did reach our various destinations, we would find ourselves alone: no tour buses, no hordes of souvenir-hunters. With more than 300,000 people expected to visit Ireland this year, some travellers may yet be looking for that more private experience. In our “hire car,” we drove 2,200 km in three weeks and got lost half a dozen times. But we would repeat this journey in a heartbeat. 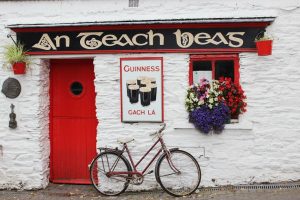 The experience did bring surprises. As Canadians we learned, for example, that driving can be a co-operative endeavour rather than a competitive one. On those narrow, winding back roads, you sometimes have to pull over and let the other fellow pass. And, yes, a man can ask directions and survive — at least in Ireland, where the people really are incredibly friendly.

Bottom line: driving can get you places most visitors never see. And for a history buff, that can be invaluable. Consider Kinsale, a lively, colourful resort town 285 km southwest of Dublin. It offers yachting, angling, golf, art galleries, and restaurants, and it plays host annually to a gourmet festival. Because the town is hilly, with winding streets that dwindle to a single lane most visitors who arrive by car park their vehicles as soon as they can.

A few kilometres outside town, however, if you are willing to ask directions, you will find a series of green-and-white signs marking locations related to the Battle of Kinsale. A local pamphlet describes that battle, which took place on January 3, 1602, as the one in which “Ireland lost control of its destiny.” An Elizabethan army overwhelmed a native Irish force led by the legendary Hugh O’Neill. The victors subsequently destroyed a symbol of Irish authority, the chieftain’s chair of the O’Neills.

In 2001, locals erected a new stone chair at a crossroads near the site of the battle, and began urging visitors to come and sit in it. You might get lost looking for that chair, as we did. But when you do finally sit in it, you will indeed “feel supported by the invisible heroes around you.” And, later, if you travel north to Rathmullan, you will discover those same phantoms gathered round an arresting memorial to the Flight of the Earls. 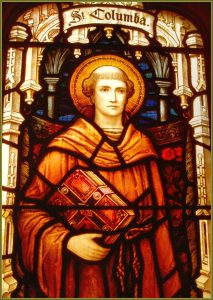 Our search for the birthplace of Saint Columba came in between. Columba was the sixth-century monk who brought Christianity to Scotland. We set out from Derry in Northern Ireland, aka Londonderry, and reached the town of Letterkenny in forty minutes. From there, the drive to Garton is supposed to take less than half that.

But in the sheep-dotted hills, because it was Saturday, we found the saint’s information centre closed and not a soul in sight. Various signs pointed us this way and that, and when, by a process of trial and error, we reached the place where both Scottish   Christianity and the Book of Kells had their roots, we felt a rush of satisfaction.

The hunt for Rockfleet Castle had already yielded to a similar process. Those taken with Grace O’Malley, the 16th-century pirate queen, should start at the splendiferous Westport House in the coastal town of Westport. Built in the 18th century atop the ruins of an O’Malley Castle, it features splendid gardens, an arresting waxworks display, and thirty open rooms replete with original antiques and artifacts.

A marble statue of the pirate queen graces the corner of one hallway, and at the lowest levels, you can explore dungeons that date from her era. Those who wish to feel still closer to this singular heroine can drive fifteen minutes north to Newport and follow narrow dirt tracks to Rockfleet, a lovingly restored tower house in which Grace O’Malley once lived.

As for Irish history that does not require getting lost, of course it is everywhere. Before leaving Dublin, besides the Book of Kells at Trinity College, we took in Glasnevin Cemetery, which is dominated by the memorial to Daniel O’Connell; Kilmainham Jail, where Charles Stewart Parnell once occupied a double cell; and the Guinness Distillery, which celebrates a history dating back to 1759.

The best long-term overview of Irish history can be found at the National Heritage Park at Ferrycarrig, just off the main highway (the N11) ten minutes north of Wexford. Here you can wander through 9,000 years of history, seeing how people lived during the Stone Age, the Bronze Age, the Celtic/Early Christian era, and on through the Vikings and the Normans. When we reached the highest point in the park, we noted the round-tower memorial to heroes of the Crimean War, but mainly we savored the panoramic view of rivers and distant mountains and assured each other that, yes, we would be back. ~ Ken McGoogan

Canadian Ken McGoogan is the author of the books Celtic Lightning, Fatal Passage, Lady Franklin’s Revenge, How the Scots Invented Canada, and 50 Canadians Who Changed the World.