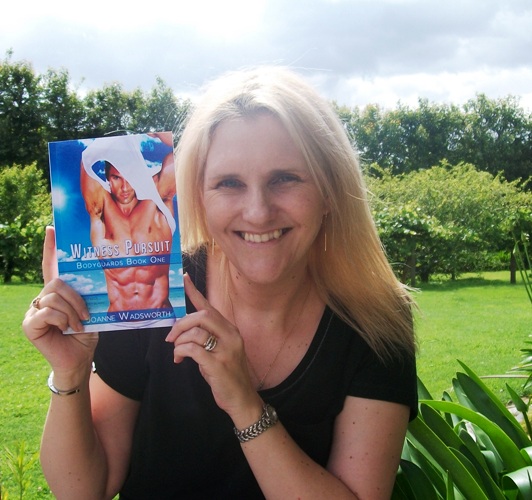 USA Today and New York Times bestselling author Joanne Wadsworth says it was the international literary sensation Twilight that first inspired her to pick up the pen.

“I have had the desire since my teenage years, but the absolute defining moment came in February 2009 when my youngest child began pre-school and I had just finished reading the first book in the Twilight series,” she remembers. “That’s when I was bombarded by a group of characters who needed to have their story told, and the timing turned out to be perfect for me.”

“And I am still constantly hounded by my characters and their desire for me to tell their story. I love it, and there’s absolutely no way I could ever stop writing – not when I still have so many stories to tell.”

In her latest effort, The Duke’s Bride, the New Zealand native – who was born in Hobbiton, or Middle Earth – takes readers back to the early 1800s, during the Napoleonic Wars.

“I have always had a huge longing to write a Regency romance series set in England during the Napoleonic Wars of 1803-1815. My fascination with this era comes from how immense and wide-spread the wars were – all due to Napoleon Bonaparte, the French Emperor, who had the aspiration to both isolate Britain economically, and dominate all of Europe.

“The Duke’s Bride is book one in a series which will take readers on a journey through these turbulent years, and remind them that love and compassion could exist even amidst the devastation of the war.”

She notes that the background work for the new narrative was a major challenge. 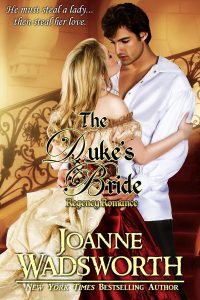 “I spent four weeks researching everything I could about this period, and in particular, Napoleon himself. In order for me to better understand what was taking place across Europe, I had to get inside Napoleon’s mind to truly comprehend his drive and desire. Thankfully, there are a vast number of historical records about him on file, and he even penned his own memoirs after he lost the war and was banished into exile. Then I dove straight into researching the key military and political figures across each of the European countries at war, and in particularly those in England since The Duke’s Bride is set in London.”

The rewards of a finely-tuned novel, however, were worth all of the work.

“I came away from all this research with a full understanding of the war from an outsider’s point of view. Although I am a New Zealander, I actually have strong English and Scottish ancestry. My forebears first immigrated to New Zealand by ship in the early-to-mid-1800s, during the initial colonization of New Zealand.

“I was very satisfied when I finished the novel, and yet I was also incredibly eager to begin the second book in the series.”

“That is the way writers work; we finish our current story, and we can’t wait to dive into the next, then the next.”

“At the moment, I have four books outlined for this Regency romance series, with possibly a fifth.”

Wadsworth’s back catalogue of work is already vast, and includes subgenres such as Celtic romance, historical Scottish romance, and more.

“I am fortunate to enjoy an amazingly wide audience since I write across several genres, all of which I adore – particularly when I am able to add elements of fantasy into the storylines. That is why even my historical lines often include time traveling heroines. As a writer, it is all about allowing my imagination to soar, and bringing the reader along for a magical ride. Anything is possible – we just have to believe.”

She believes that a good book is only as strong as its main character.

“I love a strong and feisty heroine, and a hero with flaws that he or she hopes to overcome. A deeply moving plotline, which keeps the reading turning those pages well into the night, is also vital. And a must-have for me is a happily-ever-after ending which satisfies the heart.”

The coming while looks to be no less busy for the acclaimed author.

“I have another eight Celtic novels already plotted and in my schedule. Those characters are hounding me to share their stories, and I can’t wait to get them going.”