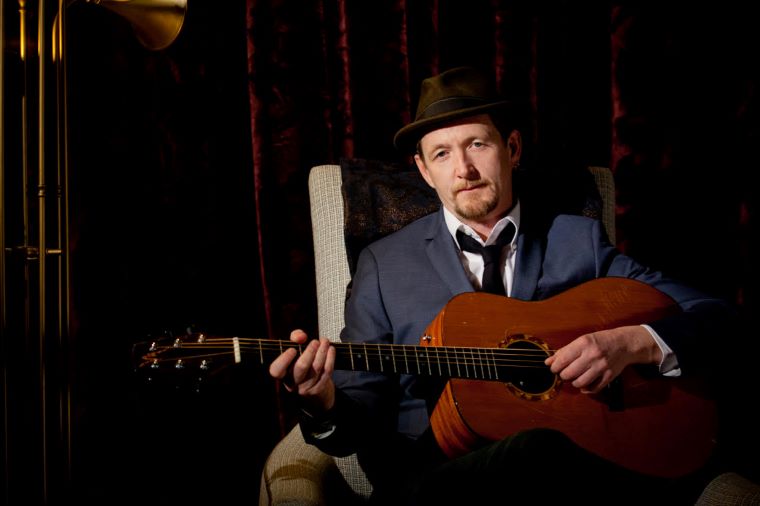 Pursuing a career in music is a no-brainer when you grow up in a family like John Doyle’s. The Dublin-native spent many of his formative years surrounded by the stirring sounds of traditional Ireland – which, he says, he “heard from both sides.”

“I always loved the music,” he tells Celtic Life International via email. “It sunk in deep. It really felt like a language I had to communicate in. My father, Sean Doyle, is and was a lovely singer and collector of traditional songs. His father was an accordion player, as was my uncle on my mother’s side.”

Although his first foray into music was with the accordion, it wasn’t long before the young performer settled his sights on a more contemporary instrument.

“I was about 10 or 11 when I started playing the guitar. At the time I played it upside down, as I am left-handed, and it really consumed me. I have had a love for the guitar ever since. I eventually began busking, which is where I met the singer Susan Ryan (now McKeown), and we started to play and write songs together. That was when I considered playing professionally for the first time. We lived in Dingle, Co. Kerry for a year and, in that time, I happened to meet the wonderful musician and guitarist Steve Cooney. He saw me playing and advised me to start pursuing the vocation professionally, which really boosted my confidence.”

Doyle wasted no time heeding the advice and worked swiftly toward a fruitful career in the music industry. Originally a member of the award-winning supergroup Solas, the 41-year-old pursued a solo career in 2000 and, taking inspiration from the likes of Andy Irvine, Paul Brady, and Dick Gaughan, quickly defined his own style and sound,

And though that style and sound has certainly evolved over time, he still aims to stay true to his original mandate. 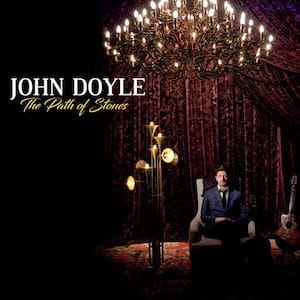 “I am always trying to refine my playing to suit myself more. I like to see how I can blend vocals and guitar or bouzouki into a unified sound and make it feel as one. I still think of music as a language that I can communicate in, however – it transcends many barriers. Sometimes I feel that I am speaking for my ancestors when I play music – as if I am speaking to them.”

Recently, Doyle released his first full-length studio album since the very popular Shadow and Light album (2011.) Titled Path of Stones, the 11-track recording is both powerful and mesmerizing in equal measure and introduces listeners to a more relaxed and rooted side of him.

“I have been working on this album for a good several years, off and on. Other projects kept seeming to come up and they would shift my attention for a while, but I would come back and chip away some more on it. A good few of the songs and tunes have their base in Co Sligo. There is one song based in Teelin in Co. Donegal close to where some of my relations live. The album is a bit more reflective than the others; there is a hint of longing in virtually all the songs, and each track holds something special for me.

“I tend to write songs and tunes in waves of inspiration. Most of these songs or melodies were written in Ireland, and there is an energy to them that always reminds me of home. So, maybe the Emerald Isle herself is part of the inspiration.

He notes that the album has already garnered a tremendous amount of critical and popular acclaim.

“I really didn’t know what to expect as it is a little different – more ‘laid back,’ than my previous releases. However, I am really happy about the response, and just having people like what I create is a joy and reward in itself.”

Not one to rest between projects, Doyle is already jumping onto his next.

“I am excited about a duet album with Mick McAuley that will feature Oisin McAuley. In this time of isolation its good for me keep busy with projects – to keep playing and writing and singing as much as possible.”