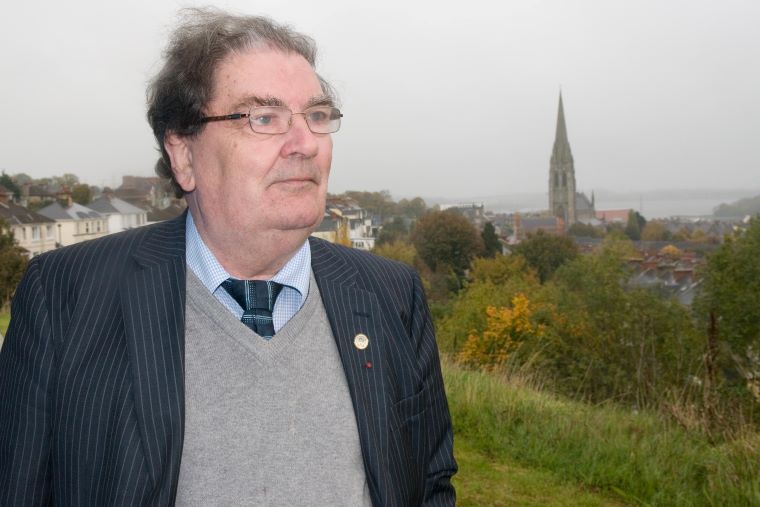 John Hume began his public life by articulating in two (now famous) Irish Times articles, ‘The Northern Catholic’, principles by which the inchoate Northern crisis should be addressed. They appeared in May 1964, more than four years before the Troubles began. In affording Hume the space to express his views, the then editor of the Irish Times, Douglas Gageby, was breaking with a partitionist convention against meaningful engagement between the South and the North. As alien as it now sounds, the Southern media avoided covering the North; the silence was reciprocated by the Northern media.

It is notable that Hume began his life as a public figure by breaking this mould, creating a nexus between the two jurisdictions on the island of Ireland through the articulation of a ‘Northern Catholic’ perspective. He used the platform in the Irish Times to express views that the political classes in Belfast and Dublin fervidly wished to suppress. He advocated unity only by consent and non-violent means and, most crucially, that the Northern Catholic end anti-partitionism, accept the constitutional position and use the politics process to seek redress for their grievances. The form of Hume’s entry into public life was as significant as the arguments he advanced.

Hume was to remain, as journalist Robert Fisk called him, ‘a very intelligent media operator’. He identified journalists and editors he could trust and, through their offices, he helped to shape the news. By contrast, journalists and editors who raised his suspicion never got a story from him. He treated them to a ‘single transferable speech’ which, though valid in all its assertions, enervated reporters who had to listen to it a thousand times. Among the concepts Hume propounded in his stump speech were: difference is an accident of birth; agreement threatens nobody; if a problem is political, violence only deepens the problem; you cannot eat a flag; despite pooling their sovereignty in Europe, the French are still French and the Germans are still German; the basis of our problem is that we are a divided people. 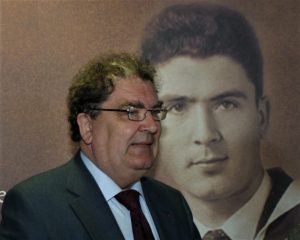 Yet moderation is an inadequate designation for the fundamental rethink Hume’s politics represented. Eamonn McCann, his sometime political rival, recalled in the days after Hume died on August 3rd, his first experience of Hume as political activist in Derry. Hume addressed a large group outside Derry’s Guildhall urging the necessity to establish a university in ‘our city’. It was only later that McCann realized the remarkable aspect of the speech: Hume had, in contrast to almost all traditional political stances, embraced an idiom that reflected a priority for all sections of Derry’s divided society. If you want unity, why not start with a unifying cause? And, remember, agreement threatens nobody.

Hume’s logic may have been incontrovertible, but he faced tremendous difficulties in reforming the institutions and laws of a society so determinedly irrational and hostile to pluralism. In a film I made and a book I wrote on Hume’s political life, I attempted to trace the wider spheres of political influence he recruited to further his agenda. Hume was a born internationalist and the broadening geographical pattern of the political offices he held—in Northern Ireland, Britain and Europe—reflected his outlook. However, it was in a sphere in which he was not elected (nor could he have been) that he exercised the most consequential influence.

Hume began a 25-year period of advising senior American politicians how and why they should intervene on the Irish Question during an encounter with Senator Ted Kennedy. Kennedy was visiting Germany for a NATO meeting in 1972 and he telephoned Hume’s house to ask if Hume could travel to meet him. Kennedy later recalled the substance of the meeting: ‘He looked at this as a political process that was going to be built upon different traditions and mutual respect…I believe it’s important to listen to the ones who are risking their lives and are attempting to do it in a non-violent way’.

Out of Hume’s friendship with Kennedy, other relationships rapidly developed and, with time, a quartet known as the ‘Four Horsemen’ formed: Kennedy, Governor Hugh Carey, Speaker Tip O’Neill and Senator Daniel Patrick Moynihan. This alliance in turn spawned, after the Reagan landslide, a bipartisan caucus in the US Congress called the Friends of Ireland which endures to this day. The Friends followed Hume’s principles and used their political clout to force the British to recognize the Irish dimension of Northern Irish society and to encourage the British to negotiate an inclusive approach in good faith. That entailed shifting from their exclusively pro-unionist stance to accommodate Irish nationalism.

These developments appalled the British who did all in their power to impede them. They failed. Hume’s huge success in the US thus had immediate and lasting consequences in Anglo-Irish relations and in Ireland. Irish political leaders before Hume energised enormous the good-will towards Ireland in the US at the grassroots level, but nobody before Hume mobilised the White House to shift the traditionally British-dominated State Department. Hence the series of special envoys to Northern Ireland including, most notably, George Mitchell who chaired the Peace Process negotiations.

The death of a public figure throws their full life into sharp relief and this is strikingly the case with the passing of John Hume. Hume’s contribution to our country is without parallel in modern times. While in 2010 the Irish public voted Hume’s ‘Ireland Greatest’ historical figure, it is only beginning to recognize the magnitude of Hume’s legacy.