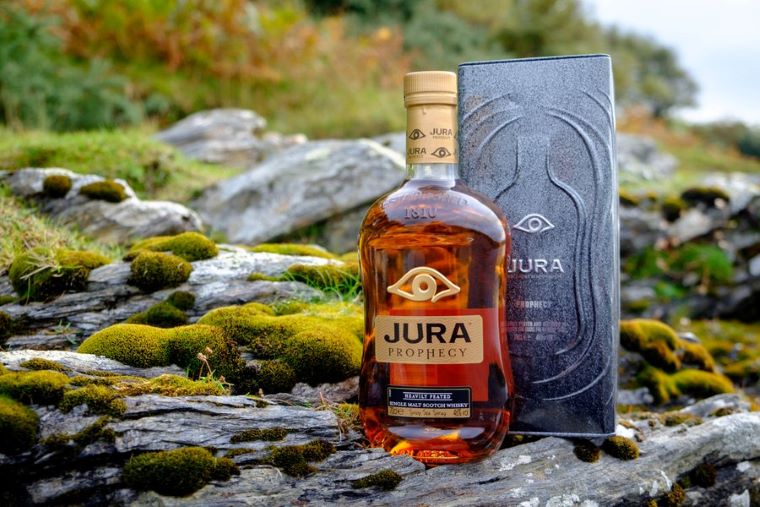 By the 1960s, Scotland’s wild and remote west coast island of Jura was in a desperate state, as the islet’s population had fallen from over 1,000 people to barely 100 in less than a century. Unlike other parts of Scotland, however, where forced clearances left the land barren of residents, Jura’s exodus would be attributed to poverty, hunger and the draw of urbanization. It was a self-perpetuating problem; as more people left fewer wanted to remain. Diurachs (people of Jura) were moving from isolated crofts on the island to Scotland’s cities, and further afield to North America.

At that time, two of the area’s large estate owners – Robin Fletcher and Tony Riley-Smith – hatched a plan to revive the island’s fortunes by rebuilding the Jura Distillery.

Originally founded in 1810 in the town of Craighouse on the island’s south east coast by Archibald Campbell, the Jura Distillery was first named the Small Isles Distillery. Illegal distillation was likely taking place on the island well before the founding of the distillery, and probably while it operated through the 1800s. Jura is a rugged, mountainous island with no shortage of places to hide a still or two. In 1876, the distillery came into the possession of James Ferguson & Sons. 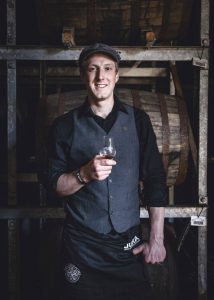 They operated it until 1901 when it was closed after a dispute with the landowner. In Scotland you can own a building, but not necessarily the land it sits on – thus, you are required to pay rents and tax so long as the building has a roof. James Ferguson and the landowner couldn’t agree who was to be responsible for the costs to rebuild the town pier in Craighouse, so Ferguson did what only seemed natural to him. He stripped the distillery of its equipment, removed the roof and left Jura to setup shop elsewhere.

There is a great legend surrounding the Isle of Jura and the Campbell Clan who once owned it. In the 1700s, the Campbells of Jura evicted a wise old woman who prophesized that the last Campbell on Jura would leave the island blind in one eye, with all his possessions on a cart drawn by a single white horse. Oddly, in 1938 – whether you believe in such tales or not – Charles Campbell, blind in one eye from the Great War, and having fallen on hard times, left the island for the last time from the old pier. He made the journey with all of his possessions loaded in a cart pulled by a single white horse.

Almost three decades later, the rebuilding of the distillery was tasked to the architect William Delme-Evans, who designed many of the region’s distilleries that were built or rebuilt in the latter half of the 20th Century.

The thinking was that with good employment opportunities, islanders would no longer have a reason to leave! The distillery, a large commercial operation, was rebuilt from scratch and was up and running by 1963. It had the desired effect; the island’s population rebounded to almost 200, and it has been stable ever since. Today Jura is widely available as a single malt, one of the two principal brands in the Whyte & MacKay portfolio. It is very unlikely the island’s population will ever rebound to 1000, but every year the little atoll draws more and more tourists, lured from all over the world by its wild untamed beauty, the 4,000 deer that call it home, and the whisky which bares its name.

Jura Prophecy – Named for the prophetic legend, this heavily peated whisky has a soft finesse. Rich with peat smoke and maritime notes, but also layers of fruit, juicy malt, spices and chocolate. My favourite expression of Jura. – $104.99