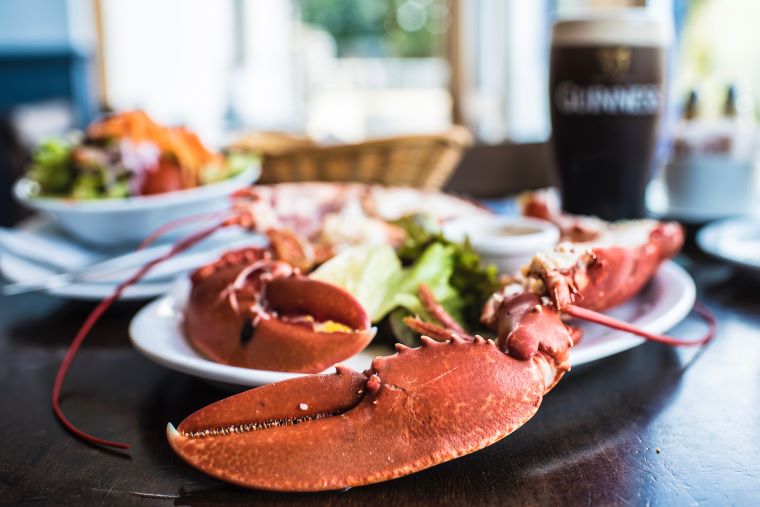 For Irish chef Maura Foley, a good meal comes from the quality of its ingredients.

“Fresh seasonal produce is vital,” she explains via email. “You cannot improve a bad ingredient. It is, of course, very subjective – one man’s meat is another man’s poison!  You need to allow the main ingredient to speak for itself to experience the taste of something that is truly delicious.”

Born in Kenmare, Co. Kerry, in 1942, Foley cites her rich Irish heritage for her love of food. After living in London for several years, she and her family returned to the Emerald Isle in 1961, where, alongside her mother, she opened her first culinary enterprise, The Purple Heather.

“We originally opened the business out of necessity and gradually it evolved into a proper restaurant – there was no life-stopping decision made. I discovered I was very happy cooking and I then returned to London in the mid-1960s to complete a Cordon Bleu course. However, I am mostly self-taught, and I have a real love for fresh, seasonal, local ingredients.” 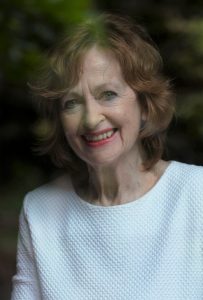 She notes that Irish cuisine uses produce from the land and sea, and it is among the best in the world.

Foley later opened several other eateries, including The Lime Tree Restaurant, Packie’s Food and Wine and, most recently, the Shelburne Lodge Guesthouse, which she co-operates with her husband.

She shares that the rewards of cooking are transient.

“There is the happiness one receives when tasting a dish or a sauce…and then there is the sheer pleasure of making customers, family, and friends happy.”

“My favourite recipe from the book is the seafood mousse with beurre blanc. It is an adaptation of Michel Guerard’s recipe from his Cuisine Gourmande. When carefully made and poached, the texture of the mousse is like velvet. I put it on the menu in The Lime Tree in the 1980s and then, due to its popularity, adapted it again for Packie’s Food & Wine into a seafood sausage.”

So far, Foley says that reception to the book has been “magical.” 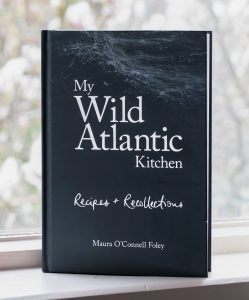 “Certainly, we were disappointed to have had to cancel our launches. However, COVID-19 has worked to our advantage in some ways: the current climate has given people the time to enjoy the book and to cook their favourite recipes. We have received hundreds of cards and messages from people who love the collection.”

She adds that interest in Celtic cuisine has evolved in recent years, and she remains positive about the future of Irish cooking.

“Lifestyles have evolved. Food was heavier in the old days, but people were more physically active. Irish people are now travelling extensively, and their palates have been influenced by a huge variety of flavours. There are still the same quality ingredients, and a huge emphasis on using local ingredients. I am excited to see younger people appreciate the sourcing of foods and that there has been a shift back to foraging and organic produce.

‘The way you look at things is the most powerful force in shaping your life,’ said John O’ Donohue in the Anam Cara. I have lived through many tough times and always strive to remain positive. 2020 is a year to live in the moment and to remain optimistic.”