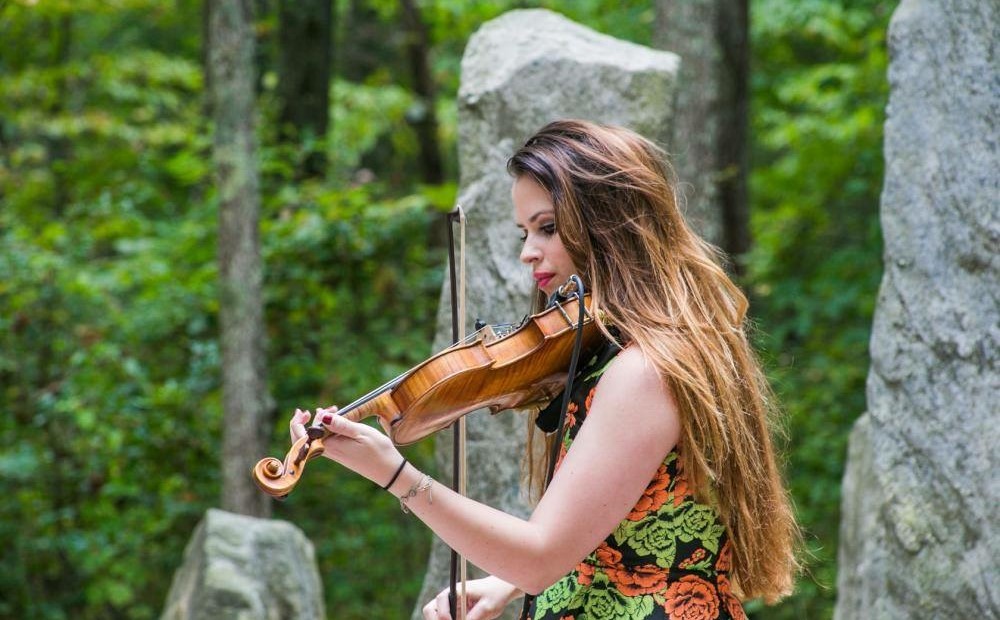 Even as a youngster, award-winning fiddler and Celtic dancer Kaitlyn Likas was pushing her creative boundaries.

“I was only four years old,” remembers the Maryland native. “My sister was first chair in the local high school orchestra, and I wanted to be just like her. I eventually became first chair in a few local youth orchestras, but by high school I wanted to experiment and branch-out into other styles of playing. I didn’t like the ‘stiffness’ of classical violin. I wanted more freedom, and the ability to express my Celtic heritage when I wanted, the way I wanted. I felt that the structure of classical music wanted me to color ‘within the lines’, and all I wanted to do was color everywhere.”

It was Likas’ mother – who was born and raised in Mitchelstown, County Cork, Ireland – who pushed her to pursue her passion for the fiddle.

“My Mom has a very strong connection to her roots, which she passed down to her three children. We have all tried our hand with various Celtic art forms, and each of us are musically inclined; my brother, Leonard, played the bagpipes, and both my sister and I Celtic danced and fiddled.

“It wasn’t easy though,” she continues. “We grew up in a very rural part of Maryland, where there wasn’t much in terms of Irish culture. My Mom really wanted my sister and I to learn Irish step dancing at a very young age, but there were simply no schools in the immediate vicinity.”

Instead, Likas taught herself to play the fiddle by listening to tracks from popular Irish bands. Over time, fiddling became a musical means of self-expression, and she continues to play for many of the same reasons today. 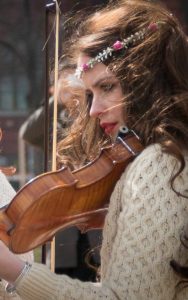 “I can’t get enough of dancing and fiddling. It is an escape for me from the monotony of everyday life. It is my therapy.

“I work for the government full-time during the day, and I always joke “but by night I am a Celtic performer!” After a long day of work, I really look forward to going home and getting into my music.”

Her efforts have paid off; Likas – who plays Irish, Scottish and Cape Breton fiddle styles – has enjoyed a number of career highlights.

“I have won a few notable championships in Irish and Scottish Dance, and I recently performed at the Kennedy Center in Washington, D.C., for their ‘Ireland 100 Event’. I am currently in a number of different Celtic bands in the area, so I am a busy lady to say the least!”

Busy might be an understatement; along with her solo work, Likas gigs with the Baltimore-based punk band Charm City Saints – which has contributed music to a number of Irish films and documentaries – and also performs with the trio Capital Celtic, which performed for an the Irish Heritage Night at a Washington Nationals baseball game this past May. Within the last year, she also started another band – The Thistle & The Rose – and has joined The Devil’s Tailors, a traditional Scottish group based in Alexandria, VA.

Amidst all the influences, she strives to create a style that is uniquely her own.

“I have a very interesting sound, and it is affected by several factors, including my personality, my past, and my own interpretation of the music. I am inspired by a variety of different forms, and my creative process can be sparked by the slightest thing. For example, I was in an Uber recently, and I thought of a fun tune that might reflect the awful traffic that we were stuck in.”

While Likas does believes that the Celtic community is strong in her part of the world, she notes the need to do more to preserve and promote the culture.

“There is a growing contingency of Gaelic speakers in the area. I remember my options in high school were very limited – you either studied French or Spanish. It would be great to see some Celtic arts education in schools as well. That would be one way to engage young people and encourage them to get more involved.”

For now, she is content to contribute in her own unique way.

“Many of the bands that I am involved with will be releasing Celtic albums at some point over the next year or two, and I would love nothing more than to bring this music and culture to audiences on a full-time basis.”