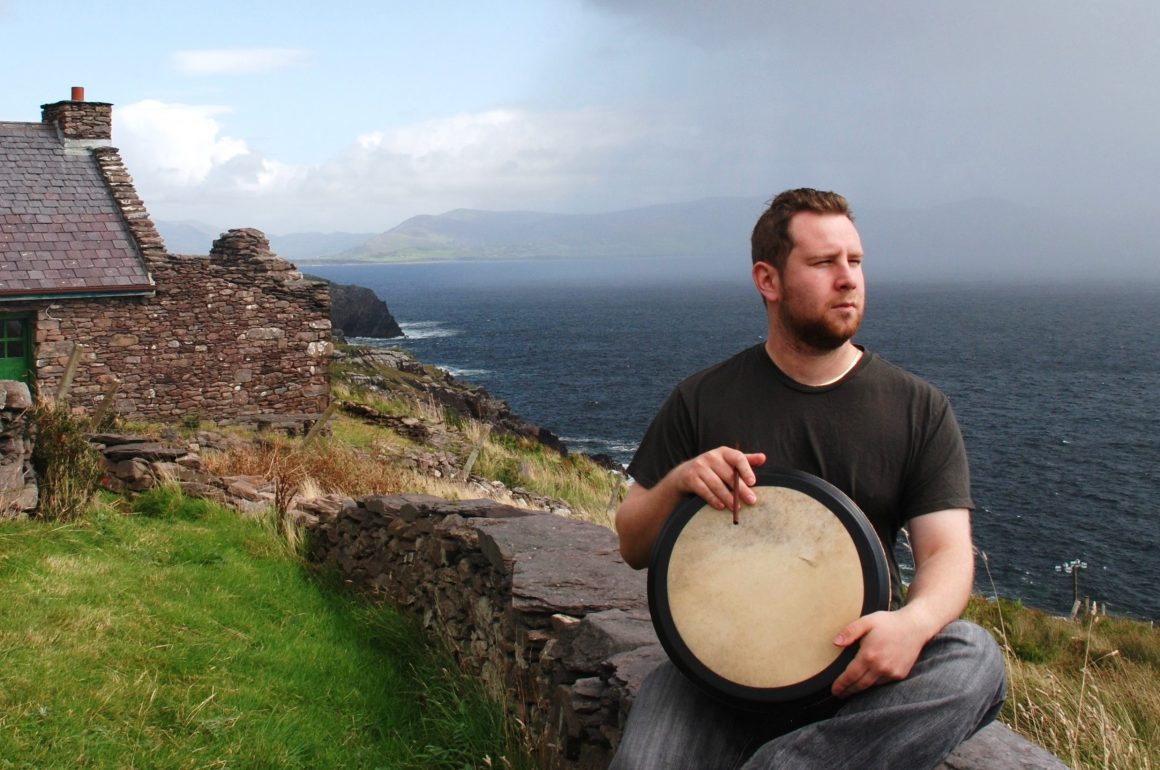 Even after two decades of playing the bodhrán, Jacob McCauley still strives to create a style and sound all his own.

Although he experimented with various other instruments growing up – including guitar, bass, drums, piano and the mandolin –Jacob McCauley found himself drawn to the bodhrán from the first time he played one.

“It all started as a fun way to join in with my family playing tunes,” recalls the 29 year old Torontonian via email. “But the more I played – and as the years went by – I found myself taking the drum more seriously, and spending a lot of my free time playing and practicing. I think my mom realized that I had started to ignore most of my other instruments, and before long she asked me if the bodhrán was what I really wanted to pursue. I replied yes, and from that moment on I spent the majority of my time playing it as my main instrument.”

Traditionally made with a goatskin head and a wooden body, the Irish frame drum is played with a double-headed stick. And although the bodhrán’s origins are up for debate, it likely evolved from the tambourine.

First influenced by Irish drummers John Joe Kelly (of the band Flook) and Rónán Ó Snodaigh (Kíla), McCauley began his musical studies as a traditionalist. Today, however, he considers himself more of a modern player. 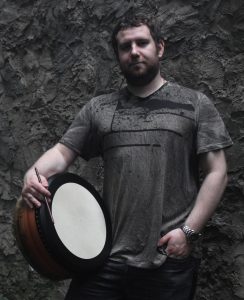 “Witnessing what we now call the ‘single-end’ technique sparked my interest to try it out and experiment with it. The first thing I realized was the tremendous amount of time, practice and dedication it took to learn this kind of technical approach to playing. However, it has been a very valuable, rewarding and enjoyable experience. After learning the single end technique, and spending some time exploring its possibilities, I decided to go back to the drawing board and adapt to what I had learned.

“I did not want to be a copycat, so to speak, but very much wanted to develop my own unique sound. From there, I began a trial-and-error process of creating something special and specifically my own that allowed me to use aspects of the single-end style, combined with my own vibe, and incorporating more traditional playing styles when necessary – such as double- ended playing. I liked the idea of being able to switch between styles without having to change the tipper grip.”

Although it requires dedicated practice to achieve the proper muscle memory, it is an effective way of playing, and has offered McCauley the opportunity to create melodic notes. Currently, he exclusively uses drums crafted by Christian Hedwitschak, a musician and bodhrán maker based in Germany.

“I have been very fortunate to work with Christian personally on various drums and projects, including a bodhrán that we developed together specifically for myself. I expect to release that model for public sale soon.”

McCauley notes that his biggest career highlight to date has been his work with folk trio NUA, for which he plays alongside guitarist Graeme McGillivray and fiddler James M. Law. The group has recorded and released two award-winning collections, including its latest album FLOW, which has been nominated for a Canadian Folk Music Award.

“This has allowed me to push the envelope of the bodhrán and work towards a unique style that I am proud to call my own.”

“We recently had the pleasure of collaborating with an incredibly talented Inuit throat-singer from Nunavut called IVA. We met her while both of our groups were performing at a festival in Yellowknife (Folk on the Rocks), and got excited about the possibility of working on a track together. We released the song last year, and hope to work on a full-length collaboration in the near future.”

After recently taking some time off from touring, McCauley is back on the road with NUA. The trio is currently working on its third album a well.

“I look forward to improving and growing as a player each and every day, and I am always excited to see where this musical journey will take me.”