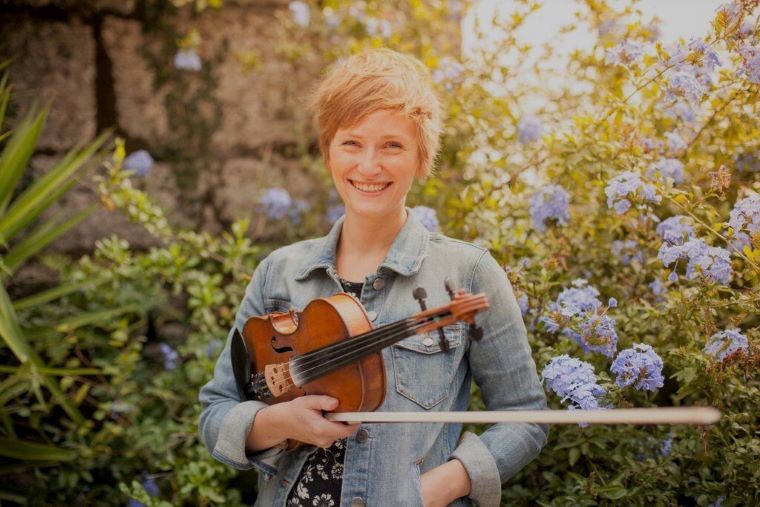 Katie McNally first became enamored with the violin after hearing Itzhak Perlman on the radio when she was five years old. Although her mother signed her up for lessons right away, she wouldn’t get “really serious about traditional music” until several years later when her fiddle teacher, Hanneke Cassel, sent her to the Gaelic Roots summer program at Boston College.

“I had been playing some Irish and American tunes before that, but I heard Catriona MacDonald from Shetland, and David Greenberg and Doug MacPhee from Nova Scotia, for the first time,” she recalls via email from her home in Portland, Maine. “I became totally obsessed with Scottish music that week.”

“For me, having female role models who were in their 20s was very inspiring and made trad music cool. Having peers who were playing the fiddle made it fun and brought out just the tiniest competitive edge for me to keep getting better. We discovered Celtic fiddle music together when the kids at school were discovering Eminem together. And it was ever cooler when I learned a new tune that none of my friends knew.”

Today, McNally has a number of albums under her belt – both as a musician and a producer – as well as several video credits. She has performed with the traditional folk quartet Fàrsan, the indie fiddle group Childsplay, and with her own band the Katie McNally Trio.

She remains enamoured with her instrument of choice – specifically, a fiddle crafted by luthier Bob Childs of Cambridge, Massachusetts. 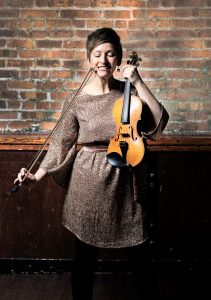 “I am still completely entranced by the fiddle itself – the tone of it, the incredible versatility of the instrument, the way it makes me curious.”

“The other reason I continue to play is because of the friendships that I have made through the music and the community that I can’t imagine living without. New projects and personalities can make me think about the fiddle differently. Chance gigs that I have had no particular expectations for have led to some of my best friendships and most exciting collaborations.”

Scottish and Cape Breton traditional musicians continue to dominate much of her listening, but McNally notes that contemporary work is part of her inspiration as well. Beolach’s album All Hands, and Mike Katz and Alasdair White’s Best Sets are among her recent favourites.

“My favourite tunes are usually the simplest ones that distill a musical idea to its best parts. Gaelic puirt a beul (‘mouth music’) melodies and some pipe tunes fulfill this role a lot of the time. I could literally play ‘Jenny Dang the Weaver’ every day of my life and never get tired of it. Alternately, I often find that I love tunes written by guitar or piano players who are composing more harmonically than melodically.”

Of her own style and sound, McNally says “ultimately, I don’t quite sound like I am from Scotland or from Cape Breton and it has taken me a long time to think of that as a strength rather than a weakness.”

Creativity, she explains, is part inspiration and part perspiration.

“Sometimes I will write a new tune in a matter of minutes and other times it will take me days to feel like I have really learned and inhabited all the variations in an old pipe tune. I find that the harder I work at my music, the easier the it comes the next time around.”

Given the current COVID-19 pandemic, McNally has taken advantage of the break from the hustle and bustle of travel. “I have been being able to prioritize my health and relationships as well as getting the chance to regularly practice again.”

With no plans to venture far from home anytime soon, she still has a number of projects in the works to keep her busy in 2021, including producing a debut album for fiddler Leland Martin and scoring a documentary film about three Olympic athletes from Galicia.

“I also hope that the camp I co-founded in 2020, the Boston States Fiddle Camp, will be able to happen in some capacity later in the year.”