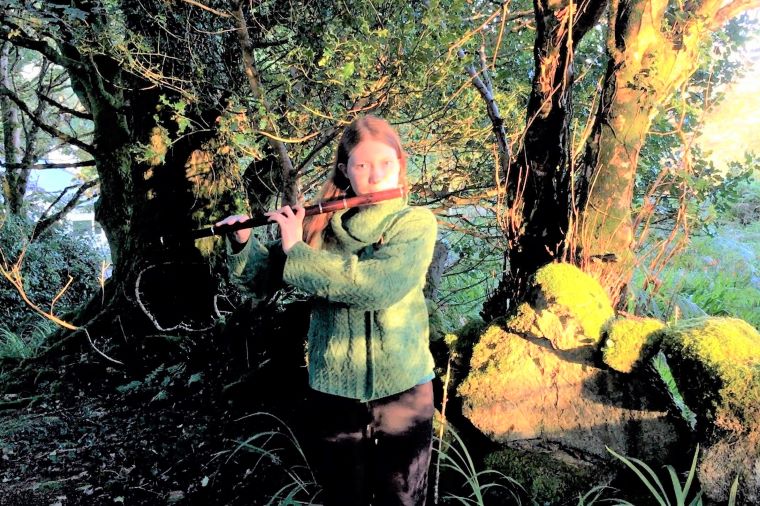 Fiona Howell calls it “fitting” that she ended up playing the Irish flute.

“My grandmother on my mother’s side was from Brittany, France, and on my dad’s side, my great-great-great grandfather was from Roscommon, Ireland,” she shares via email from her home in Wonalancet, New Hampshire. “Roscommon is known for two things, and one of them is famous Irish flute players.”

Music, she says, has played a big part of her family’s make-up.

“I am the niece of Talking Heads Chris Frantz and Tina Weymouth. My mother was in a band with them called the Tom Tom Club. My dad grew up near Memphis and was a DJ, so I heard a lot of early rock ‘n’ roll, blues, and soul music in our house growing up. I am the only family member who performs Celtic music, however.”

Describing herself as “Irish by heritage,” Howell notes that her desire to play the flute began as early as the age of four.

“I give credit to the movie The Secret of Roan Inish – I identified with the main character, a young girl about my age also named Fiona. I started by learning the entire soundtrack of the movie, including the songs in Irish. I loved it, and I watched it many times when I was growing up. The Irish language feels natural to me.”

It was years later, however, that Howell finally began her formal studies at the world-renown Rudolf Steiner School in New York City.

“It was the first Waldorf school in the country, s0 they taught a lot through music. Although, at the time, they had too many flute players, I forced them to take me on as a flute player. In fourth grade, you choose your orchestral instrument, and you have three options: I only picked flute – I circled it, underlined it, and starred it to death to make sure they knew that was all I wanted.” 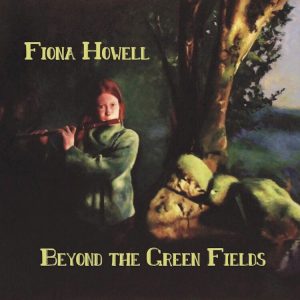 Following her graduation, Howell attended Loyola University in New Orleans where she earned a music degree. She released her debut recording, Crossing the Sea, in January 2015. She has since put out albums with her two bands, Cróga and The White Mountain Ceili Band.

She describes her musical style as “fresh trad.”

“I put new twists on old favorites. I do not want to copy anything if I don’t have to. I have had a wide mix of the best teachers in this genre, including John Doyle, Kevin Crawford, Nuala Kennedy, Brian Finnigan, Shannon Heaton, the band Gaelic Storm, and others. My music is a mix of everything that I have learned.”

“It took an entire year to put it together, but I think that is why it sounds so amazing. I love all the songs, but my favorite track is the waltz I wrote called Port Blanc. That was my tribute to my Breton heritage.”

She admits that creating the album was difficult at times – especially amidst the COVID-19 pandemic.

“We were lucky in that by the time the lockdown happened, we were at the point where we could work remotely. Before then, we did several in-person, twelve-hour days recording and working on the tracks. During lockdown, we exchanged files electronically. However, since we had played together at some point and we all knew each other, the recording still sounds like we are playing together as a group in one room – not just as a collection of individual files.”

The album has already received great praise from listeners, even landing a coveted spot on Ireland’s RTÉ Radió na Gaeltachta.

She says that the remainder of 2021 will be equally eventful.

“I plan to continue making YouTube videos once a week and maybe publish a book or two as well. I am currently putting a poetry collection together also.”