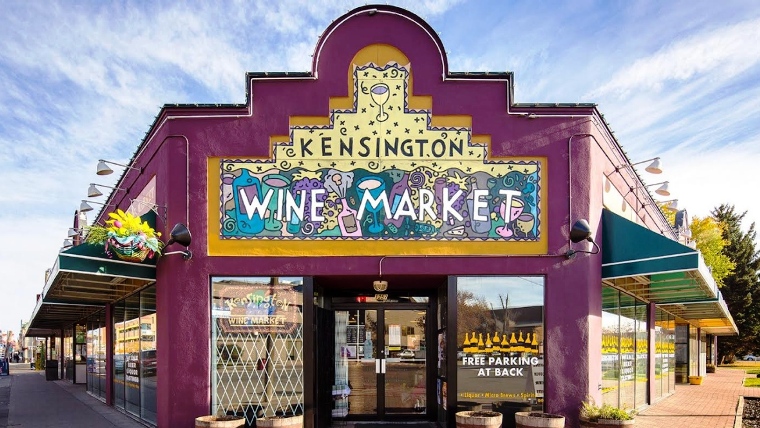 Most readers recognize Andrew Ferguson as Celtic Life International’s immensely knowledgeable and good-natured whisky connoisseur and columnist, whose musings on sprits engage, educate and entertain our community with each issue.

What they may not know is that writing is but a sideline for Ferguson; by day he is owner of the Kensington Wine Market in Calgary, Alberta. He also owns and operates Ferguson’s Whisky Tours, taking thirsty travellers to explore Scotland for week-long distillery excursions.

Ferguson’s taste for whisky began in university. His initial role at the Kensington Wine Market in 2003 was a considerably smaller one – a part-time gig as a delivery driver over the Christmas holidays. It was there, he shares, that his passion “took on a life of its own.”

“I had never intended to make a career in the liquor industry, but I like the business, the people and our customers. 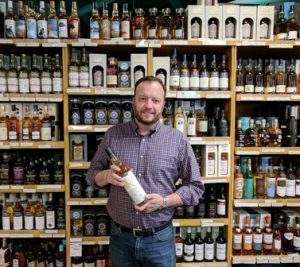 “I found a niche for myself in Scotch whisky, and the rest, as they say, is history.”

Canadian born, Ferguson traces his heritage back to Scotland and Northern Ireland. His paternal grandfather emigrated from Ulster to Canada in the early 1920s to teach at the University of Saskatchewan. It is likely that their ancestors emigrated from Scotland to Northern Ireland in the 1600s. His mother’s family hails from the Scottish Highlands, later settling in New Glasgow, Nova Scotia.

Ferguson believes his heritage played a role in his interest in Scotch, but his passion for the trade developed organically. Since those early days as a delivery driver, he has become the first Canadian whisky retailer to earn the title of Keeper of the Quaich – an honour given to those who have made outstanding achievements in working with, writing about, and/or promoting Scotch whisky.

“As cheesy as it may sound, the work is the reward,” he says. “Getting to explore the world for new and interesting products, and calling it work, is awesome. I am very fortunate to have made a career out of what is merely a hobby for others. The hours can be long, and the work exhausting, but the motto ‘do something you love and you will never work a day in your life’ applies here. The other big benefit is all of the great relationships that I have made over time; friendships with customers and suppliers – many of them over a decade and counting.”

The Kensington Wine Market is celebrating its 25th anniversary this year, and Ferguson says the business remains true to its original mandate; “to discover, curate, and sell the best wine, beer and whisky selection in Canada.”

“We can’t be the biggest,” he adds, noting that grocery chains and publicly traded firms fill that role. “But we can be the best.”

It hasn’t hurt that the production of craft spirits is on the rise as well, especially with regard to whisky and gin.

“This trend is happening all over the world. In Canada, you see it in each province; craft producers are popping up everywhere.” 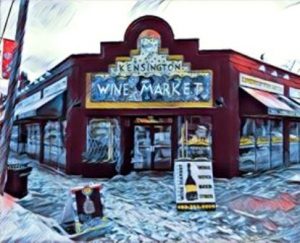 Ferguson wears many hats in his job at the market, but is best known for building its whisky section. The business has received recognition as runner-up for Whisky Retailer of the Year in the “Rest of the World” category from Whisky Advocate magazine. Most of his clientele, he explains, are destination shoppers.

“We have a solid local walk-in base of customers, but we are first and foremost a destination experience for customers in Calgary, Alberta, and across the country. Our website, snail mail, and electronic newsletters are all ways that we have been reaching our customers for years. Increasingly, social media is playing a more prominent role also.

“Alberta is the only fully-open market for liquor in the world, and the internet has made it easier for us to connect with both suppliers and customers. We find the interesting things no one knows about, and then introduce them to a base of customers that extends far beyond Calgary’s city limits. Being online has also put us on the global map, and we frequently get visitors from all over North America, Europe, and beyond.”

Ferguson and the Kensington Wine Market marked their anniversary with a series of special events and bottlings. Compass Box Whisky made an exclusive blend for the shop, and Ferguson even blended his own tawny port with Taylor Fladgate. There is more in store for 2018, but he is mum on the details.