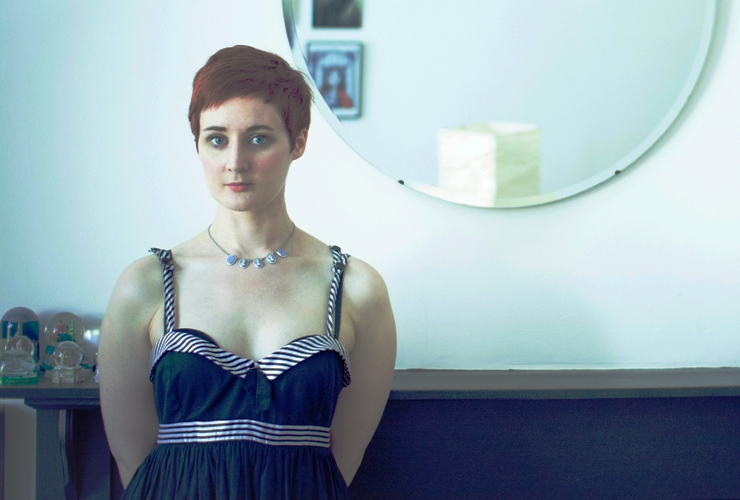 Born in Cheshire, England, to Scottish parents, author Kirsty Logan was inspired by storytelling and myth as a youngster.

“I have always been a writer,” smiles the scribe. “It is who I am at my very core. I have written stories since I was a child, and I wrote plenty of angst-y poetry through my adolescence. It wasn’t until I finished my undergraduate degree in English Lit, and was accepted into a Master’s program in Creative Writing, that I started to take my career seriously. Now I think I have to keep being a writer because all my qualifications and experience are so entrenched in words. I wouldn’t know how to do anything else.”

Today, Logan lives in Glasgow with her wife, Annie, and their rescue dog, Rosie.

“Scotland has been a huge influence on my work,” she explains. “So much of Scottish culture is water-based. Glasgow isn’t by the sea, but it has a strong history of shipbuilding – the U.S. still buys old ships that were built on the Clyde River by Glasgow’s shipbuilders, because they are so good. I love Scottish mythology and folktales, and many of those stories – selkies, kelpies, mermaids – are based on the sea.”

Fairy tales and folklore played a pivotal part of Logan’s childhood, as family members would often share tales from Africa, Greece, Egypt, India, and beyond.

“When I got older, I discovered a wealth of writers who retold those old tales, and that broke my brain open again and showed me the possibility of storytelling. Angela Carter was a huge influence on me, as she really upended the stories, rather than just updating a few flimsy details. As she so aptly stated, ‘I am all for putting new wine in old bottles, especially if the pressure of the new wine makes the bottles explode.’ That is what I want to do with my stories too.

“Fairytales are still told for a reason – there is truth and darkness in them, as well as magic and beauty.” 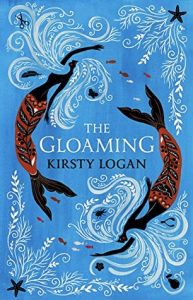 Logan has an impressive list of publications to her name already, including her 2015 debut novel The Gracekeepers. Her newest book, The Gloaming, follows Mara, a young girl living on a magical island where inhabitants turn to stone. It is set for release this spring.

“The Gloaming has been such a long time in the writing that, unlike my other books, it is tricky to trace its beginnings. It was the first novel I ever wrote, aged 22, while I was in my final year of my undergraduate degree. Of course, it was terrible, as I had no idea what I was doing. Over the next decade I rewrote that book from scratch four times, while writing other novels and many short stories, poems, articles, essays etc. I can’t even explain it – something about the idea of a girl and her family on a tiny, darkly magical Scottish island kept haunting me, and I couldn’t let it go.

“It is part of a loose trilogy,” she continues. “The Gracekeepers is set in the future, The Gloaming is in the present, and the novel I plan to write next, The Gramarye, is set in the past. They don’t have overlapping characters or specific settings, but they examine the same themes from a new angle – water myths of selkies and mermaids, the relationship between sea and land, queer love and identity, mother-daughter conflicts, the ambivalent desires for the security of here, and the adventure of away.

Logan is passionate about the representation of the LGBTQ+ community within her work.

“I try to present a whole spectrum of different sexual and gender identities,” she notes, “from healthy to unhealthy, from hetero to homo, with plenty in between. There is no correct way to be. It is just how I see the world. I don’t think it is as simple as one or the other. It is false to portray every relationship as happy, but then it is false to portray every relationship as unhappy as well. Love, identity, family – these things are complex, and I want to explore those complexities.”

Early response to The Gloaming has been very positive. Regardless of the reception, however, Logan aspires to simply hone her craft and be true to herself.

“I often wonder why I write – is it for a connection, as catharsis, to be heard? All I can settle on is that it is who I am. I think I will always be a writer, no matter what. If you could break me apart like a stick of rock, the word ‘storyteller’ would be right through me.”