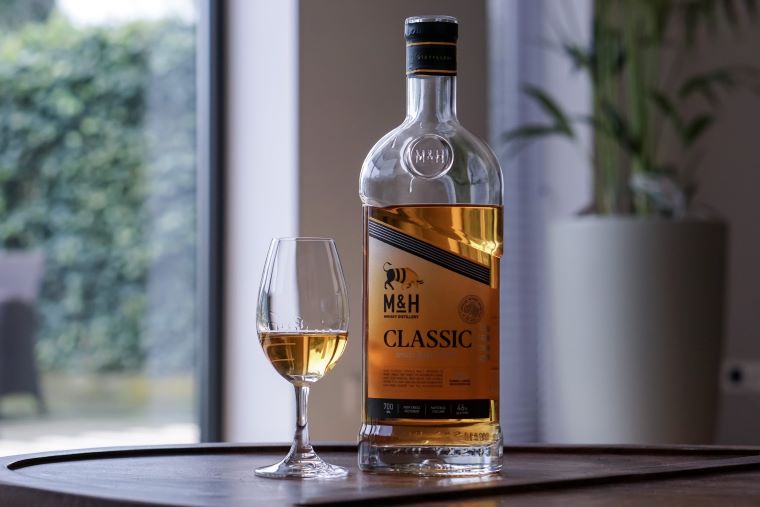 Tel Aviv might seem like a curious place for a whisky distillery, but it is home to Israel’s first: Milk & Honey.

The urban distillery was built on the site of an old bakery in Jaffa. Before settling on the site, more than 30 locations around the country were considered. The capital of Tel Aviv was ultimately selected, owing to the city’s strong food scene, night life, and its appeal as a tourist destination.

The idea was first hatched by a group of young tech entrepreneurs with a shared love of whisky. The initial vision was for a small hobby distillery, focusing on Scottish style single malts. However, as the potential of their idea dawned on them, the scope of the project continued to grow. By the time formal planning began in 2012 the vision was global.

In 2013, the late Dr. Jim Swan was brought in as an advisor. Dr. Swan famously consulted on many other start-up distilleries over the last two decades, including Kilchoman, Kavalan, and Cotswolds to name just a few. An expert in hot climate whisky maturation, he immediately saw the potential of making whisky in Israel. Tel Aviv’s humid climate would supercharge the spirit’s aging process.

Although the name Tel Aviv translates to “Hill of the Spring” in Hebrew, the city and Israel as a whole are not known for their abundance of fresh flowing water. Nor is the nation’s climate suitable for the growing of barley. But these obstacles were easily overcome; Milk & Honey’s malted barley is imported from England, and the water – though drawn from the city’s mains – is treated by reverse osmosis, before being optimized for fermentation with the addition of specific minerals and salts. 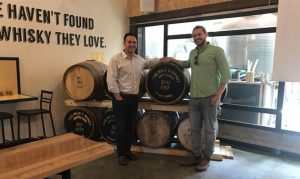 Milk & Honey employs a long fermentation and a slow distillation with a small and very precise middle cut. This ensures a spirit that is full of character, but also clean, without any rough edges. It is optimized for rapid maturation in a hot climate. Add to this a careful selection of casks (the final Jim Swann ingredient), and you have the potential for world-class whisky, even at a young age.

As with much of the global whisky industry, most of Milk & Honey’s production is filled into ex-bourbon barrels.

About 20 per cent is filled into STR casks, Jim Swan’s bespoke shaved, toasted, and re-charred ex-Portuguese wine barriques. Nearly 1500 casks are matured on site, with many more casks maturing in warehouses all over Israel. There are even casks maturing near the Dead Sea, the lowest and driest point on Earth where temperatures frequently hit and surpass 50oC.

The distillery also produces Gin, as well as an Herbal Liqueur. The Levantine Gin is produced from their own base spirit made from malted barley, and its botanicals are sourced from the famous Levinski Market – a short 5-minute walk away. Those other spirits are not just a way of generating cash flow, they are also a way of telling a story that will help sell the whiskies when they reached maturity.

The distillery’s first ever whisky, distilled at a temporary location in 2014, was sold at auction in 2017. Production at Milk & Honey proper began in earnest midway through 2015, with its first commercially available whisky, Milk & Honey Classic – a 3-Year – first released in 2019. Other expressions will be rolled out in the months and years ahead. The distillery has recently launched the M&H Elements Range consisting of Sherry Cask, Peated, and Red Wine Cask whiskies.

The company’s whiskies were expected to be available in more than 20 countries by the end of 2020. The Milk & Honey Classic, Gin and Liqueur are currently available in Alberta, and parts of the United States. Wider distribution is expected over the course of the next few years.

Milk & Honey’s products are certified Kosher – in fact, it is Israel’s largest Kosher distillery. But the owners do not want to be thought of only as an Israeli or a Kosher distillery, their vision is much bigger than that. The aim at Milk & Honey is to produce some of the finest whisky in the world. The fact that its from the land of milk and honey is just part of the story. ~ by Andrew Ferguson