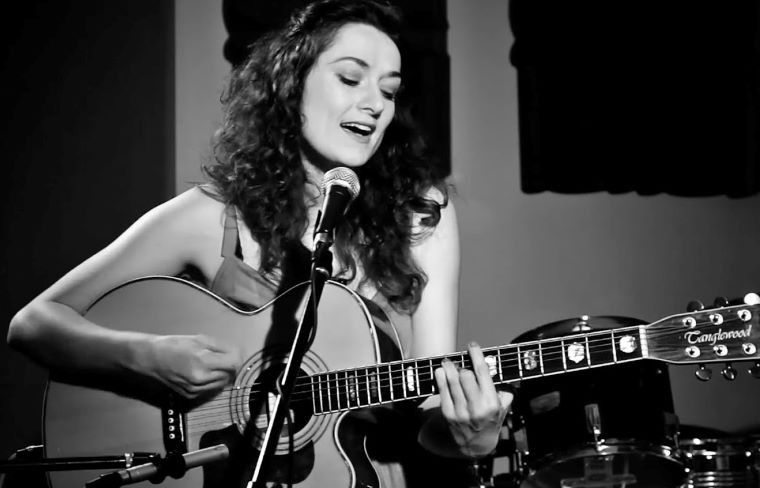 There is no end to the love that singer-songwriter Odette Michell feels for Celtic folk music.

“I just live for it,” she tells Celtic Life International via email. “Folk music resonated with me as an adolescent – particularly Irish and English folk music, Breton folk music, and a mix of song styles generally originating from in-and-around the British Isles. My family’s roots on my mother’s side are Irish. My father’s side is Polish, but there are some great fiddle players on that side of my family. Somewhere in between the fiddlers and my mum, who is a concert pianist and singer, it was inevitable that I would get into music as a child.”

At the age of five, Michell began playing on her mother’s old upright piano. The young songstress later picked up a myriad of instruments, including the guitar and the bouzouki.

“My original songs were performed at open mics as a knobbly kneed teenager,” she recalls. “At that point, stylistically, my music and writing were only just beginning. I was actually a really nervous performer in the early days.”

Michell is now an award-winning folk musician who has been called “one of the brightest new names” in country-folk by Mike Davies of Folk Radio U.K. While she has grown both as a musician and a person over time, she says her reasons for playing have largely stayed the same.

“After a few years of playing, I did start developing who I am as an individual – and, from there, what messages I wanted to put into my songs and performances did change. Once that overtook everything, I became much more confident in what I did. In that respect, I have grown a lot and have come a long way since I first began. 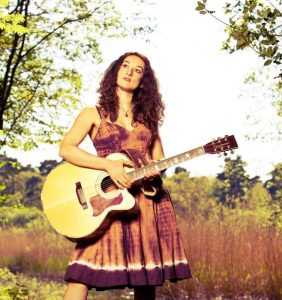 “Embracing my love of folk and traditional music with my passion for writing songs is why I keep making music. I get to make a career out of what I enjoy.”

As such, Michell is making every second count. She has already released two studio recordings: her 2018 EP By Way of Night, and her debut full-length album The Wildest Rose, which hit record store shelves in the spring of 2019.

“My current style is contemporary folk music that bridges both the traditional and the modern. I grew up listening to a lot of excellent singers like Maddy Prior, June Tabor, Cara Dillon, and more. Most of my influences in terms of song-writing maintained a fairly solid commitment to the roots within the Irish tradition.”

She admits that carving out a career as a musician has been more difficult than she first anticipated.

“As a touring musician, it is a lot different than just writing songs and playing the odd gig. There is a lot of hard work involved, and it pretty much spans the length and breadth of the industry. I do everything from writing and performing to booking tours, marketing and design, administration, management, distribution, and even production. It is really a whole lot more than I bargained for!”

The challenges of the music industry have only grown more complex over the past year, with the ongoing COVID-19 pandemic causing venues to close and tours to be put on hold. Michell’s schedule was no exception; both her 50-date U.K. tour and several of her festival dates were cancelled within weeks of each other. While she admits that much is still unknown, she promises to continue making every second count.

“Instead of driving around the country, burning up road miles, I got to spend time at home doing a lot of other things. I have learned a new instrument, made several collaborative music videos, done a ton of livestream gigs – and I was even nominated for the Folking Awards.

“Currently, I am working on a new solo album and I have two collaborative projects on the go – both of which will culminate in the release of EPs at some point in the next while. And I will be releasing the first single from my next album. So, there is a lot to look forward to still, and there is definitely much to keep me nicely busy!”