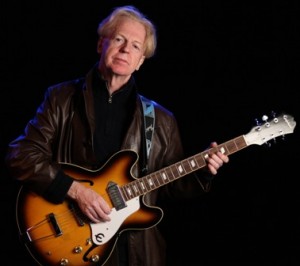 Singer, songwriter, author and broadcaster, Larry Kirwan is a man of many hats. Born in Wexford, Ireland, and now based in New York City, the multi-talented, multi-tasking ex-pat recently spoke with Celtic Life International about his past, present and future.

When and why did you get involved with music?
I got into music because it was then on the cutting edge of society. Music seemed to be very involved with the idea of changing society for the better. I guess, to some extent it achieved that goal and it was fulfilling to be a part of that but now it’s somewhat settled back into the entertainment business. I was also very interested in songwriting, general music arrangement and combining different genres.

Are they the same reasons you do it today?
I don’t know. Perhaps, I feel like many musicians that “it’s too late to turn back.”  I’m not sure I would devote as much of my life to music were I starting out again.  The rules have changed. It’s become much more of an internet/self-promotion game with far less of the social change aspect. But I’m sure I’d be involved in some part of the creative scene, perhaps more involved in theatre, novel writing and seeking new ways to broaden the creative experience.

What have been some career highlights?
Oh God, there have been so many. Apart from meeting and working with people like Neil Young, Rosanne Cash, Ric Ocasek, Cyndi Lauper, I’ve done over 2600 gigs with Black 47 from tiny pubs to stadiums. Oddly enough, the memory that comes first to mind is the night Black 47 first performed James Connolly in Paddy Reilly’s (a then rowdy New York music spot). The song contains a long inner monologue from Connolly’s perspective. When we finished there was total silence – both band and audience knew we’d hit on something that hadn’t been done before. Such moments are rare in life.

What got you into writing books and plays?
Songs are very satisfying and they’re the most immediate and compelling way of touching people. Books and plays take much longer to fashion but you can also go deeper into the subject. I used to think that songs, plays and novels were very different creatures but now that I’ve spent the requisite apprenticeship in all three formats I see that they spring from the same source, you just have to know how to route that spring. Consequently I’ve put ideas like Liverpool Fantasy and Rockin’ The Bronx through all three processes and been pleased with the results.  But it takes a long time and it’s not something that I do very often or am likely to do again.

Is that creative process similar to the musical process?
Well, as I’ve said the source can be similar but the process is quite different. You can’t just do it on a gadfly basis – you need to put in the years of getting it wrong before you get it right – or, at least, I was forced to. A song can jump right out of you in a moment of inspiration. Black 47’s most popular song, Funky Ceili needed a bit of fashioning but it was there almost instantly. Then, Bobby Sands MP, took me almost 15 years.  I wanted to write about the man but couldn’t find my way into his psyche. One day I remembered he had a child and that was my entry point. It all flowed out – too much actually, but when I cut verses – and even more importantly left spaces where lines would normally be – I found him.

What inspired you to start the radio show?
I was up in Sirius doing an interview for a Black 47 CD with Meg Griffin. We were old friends and were having a laugh in the corridor after. One of the bosses walked by and heard my accent. Turned out they were looking for someone to do a “Celtic” show. He asked if I would be interested and I started the next day.

Why is it important for the Celtic community?
I’ve always loved radio. You can paint images with words and that’s important for the Celts. We’re a story-based people and our history is full of romance, loss, longing curried with an ultimate sense of optimism. Our music is very important to us but we like a framework for it. That’s what I supply on Celtic Crush – the background, but it has to be in story form. You can’t just throw out facts and see which ones stick. I do the three- hour show without notes or a computer. I produce the show myself and pick the songs, so I have an idea of what I might say and I let that curdle in my mind for days before broadcast. Then I see what will happen on the day and go with the flow, as it were.

Why is it important for the non-Celtic community?
Because Celtic music is the basis for so many other types of popular music – people outside the community relate to it, as long as you can be welcoming and tell them a story. The US/Canada is so immigrant based – everyone came from somewhere, they all have a sense of loss and history. You just have to make the scene inviting.

Are we doing enough to promote and preserve Celtic Culture generally?
Yes, I think so. Each generation sees it differently. In the 90’s Black 47 brought back politics to the mix. Bands like Flogging Molly/Dropkick Murphys have incorporated the punk culture. Peatbog Faeries have introduced the trance/dance element. And that’s just looking at the rock and edgier side of things.  I think the independence for Scotland referendum will become a watershed moment whether it’s a success or not.

What can we be doing better?
Writing better songs. The musicianship is startlingly good now but the songwriting hasn’t kept up. We’re only as good as our stories.

How did Celtic Invasion come about?
I wanted to provide 12 bands/singers with a chance to get their message out there. I remember being really influenced by an Island Records sampler that introduced me to so many great bands when I was a kid. I hope, at the least, that the 12 sets of fans who listen to Celtic Invasion will open their minds to the other artists on the CD. It’s also a way for the music business to get an idea of the vast amount of influences that are now coloring Celtic Music.

What’s next on your creative agenda?
I’ve just been developing a one-man show about Stephen Foster, the 1863 Draft Riots and the old notorious Five Points neighborhood of New York City. I had somewhat of a success with a musical Hard Times last year that dealt with these subjects and will reopen in NYC in January, 2014. I wanted to see if I could condense all of that into a back-story told solo. Apart from that I’m researching a new theatre piece and finishing a book that I began some years ago on Celtic Music – as I’ve witnessed it. And, of course, there’s always Black 47 and its itinerary and legacy. But who knows…