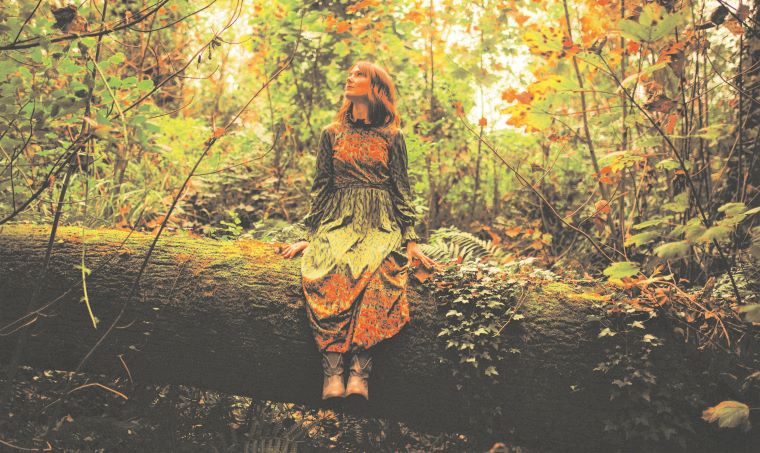 When English/Irish songstress Lewis Barfoot began her career in the entertainment industry, she dipped her toes in a very different pool than she wound up wading in.

“I started out life in performance as an actor,” she shares with Celtic Life International via email. “I went to drama school and spent several years acting, singing, and performing in theatre, largely in the sort of the experimental collaborative realms, where I was co-creating, cowriting, and song writing, and also in much more mainstream work. I spent some time working at the old Vic with Trevor Nunn in classical Shakespearean text, and all of that was hugely informative for my practice as an artist.

“I got to work with some amazing creators and collaborators, and I got to sing some beautiful music. I performed on some enormous stages around the world, and also some incredibly intimate spaces. I learned about street theatre, and about integrating music into performance; those opportunities all gave me a huge wealth of experience to draw upon.”

As formative as her time as a thespian was, Barfoot soon recognized that her path led elsewhere.

“In 2012, I did a world tour with a theatre company called 1927, and we travelled to 21 countries in 11 months. At that point, I realized I had enough of acting and wanted to be songwriter, so I decided to write a song in every country. That really was the segue way into me becoming a professional solo artist in music and marked the end of my work as an actor.”

That initial song writing exercise eventually led to her debut five-track EP, “Catch Me,” which features the best songs she crafted on that tour. Her future compositions would draw inspiration from a wider radius than just her travels, however. 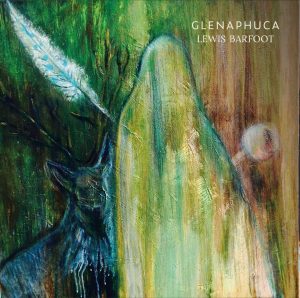 “I think in those early days, my work was inspired by location and experience, but since doing that – and making my debut album – my work has become a much more personal narrative; an expression of my deeper roots, with a deeper connection to my heritage, ancestry, and to healing.

“The death of my mum has hugely influenced my album – the grieving process, becoming radically honest and open about how grief affected me, and also how to turn it into a beautiful thing. The journey of grief totally reconnected me with my mother’s homeland – Ireland – and it is what brought me back to live in Ireland now. Death has taught me a lot and has been a huge influence.”

The album Barfoot speaks of is the recently released 11-track Glenaphuca. She admits that it is challenging to pin down her favourite songs from the recording.

“I love playing the Fox, because that reminds me of my dad singing it to me as a kid. And I really enjoy playing Sister Lover live to an audience, because I can feel the audience enjoying it. Similarly, I really enjoy playing White Dress. Every time I play it, it fills me with love and delight at the memory of my mum. So, I don’t have a particular favourite, I love a lot of them.”

The singer/songwriter says she has received nothing but praise for the new album, though some responses have certainly stood out more than others.

“In particular, the feedback about the song Ballinatray has been breathtaking. That is a hard song, and a hard story. But I have been getting reaction from some people who strongly relate to that experience, and say it has deeply impacted them, and sort of helped them on their own path.”

“For me, a good song is one that touches my soul and speaks to my heart. It could be two chords and a voice, or an incredibly complex arrangement, but it needs to come from a place of authenticity; from the heart of the creator, free from ego.”

Barfoot will be busy for the rest of 2021, with a residency at Dublin City Arts, developing a new work called ‘Mother Ireland,’ and touring across the U.K. in November and December.