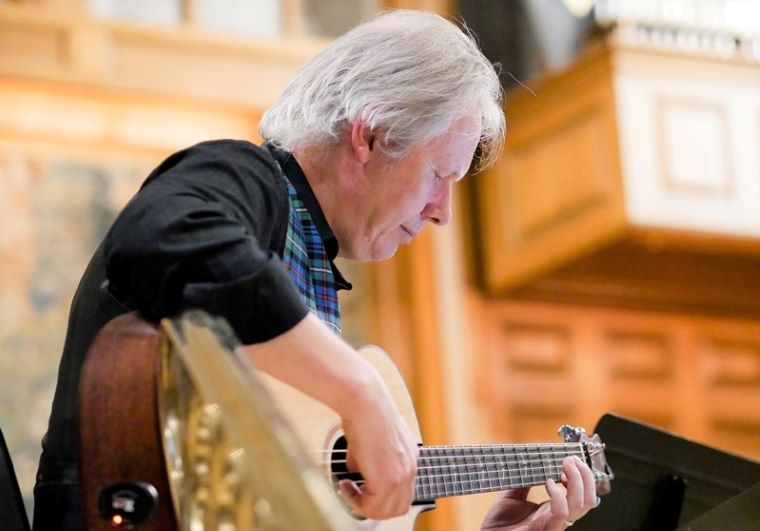 Steve Gibb may be a virtuoso on the guitar these days, but his very first instrument was far more…rudimentary.

“I would mime to music acts on the TV with a tennis racket a lot,” he shares via email, “so my mum got me a guitar when I was around five years old. It was only slightly more in tune than the tennis racket. It was a clunky old acoustic with tuning pegs which were almost impossible for my feeble hands to turn, and even my dad had to use pliers to turn them.”

Gibb, who grew up in Inverness, Scotland, recalls the turning point when his interest in the guitar went from childhood plaything to life-long obsession.

“I was allowed to sit on dad’s special leather chair and, pulling out a record from his massive album collection, he put it on the turntable, placed huge headphones around my head, and the sounds of the ‘Peter Gunn Theme’ by Duane Eddy swirled around my head, totally captivating me. I was maybe about six, and I pretty much decided then and there that the guitar was what I was going to ‘do.’”

Gibb spent his childhood learning his favourite tunes – including songs by Eddy, The Shadows, and the many solos in the Buddy Holly, Elvis, and Eddie Cochran catalogues – by ear. However, to be admitted to any musical college worth its salt, he would have to take actual lessons.

“My music teacher taught me, via the piano, how to play some classical guitar pieces. She would hammer out the notes on the piano, and I would find them on the guitar. That worked out pretty well, as I eventually got enrolled at Napier College (now University) in Edinburgh to study music, where I got my first ‘proper’ guitar lessons, and eventually gained a place at The Royal Academy of Music in London.” 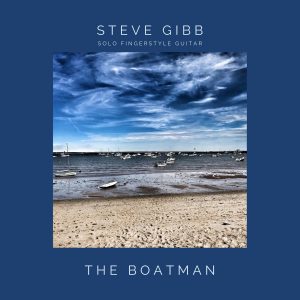 Since then, he has enjoyed a wide swath of gigs; he has worked as a theatre musician, performed in productions in London’s West End and New York’s Broadway, and recorded tunes for television stock catalogues. You may have even heard some of his work, even if you don’t recognize it – sometimes, even Gibb himself nearly fails to.

“Not long ago, my wife and I were watching something on TV when the ads came on. I heard some groovy guitar music underneath a voiceover for something. I said to my wife that I though it sounded familiar, then I realized, it was my music!”

Through all the years and the different jobs, his passion has remained the solo acoustic guitar. However, between moving to New Jersey, and keeping a roof above his wife, daughter, and new puppy’s heads, it has been a while since he could dedicate himself fully to the vocation. That all changed with the release of his latest recording, The Boatman.

“I have recorded a lot of music over the years, but it has been mostly for other people, or for production libraries. My first album ZigZag (2002) was really a mix of styles, and was kind of a calling card, showcasing what I could do. But funnily enough, the one track on that album that gets the most play is a solo acoustic piece. So, I decided a while ago to do an album in that particular genre. I wanted The Boatman to tell my story, so, it is a very personal album for me…I think my Scottish background, the Celtic flavours – mixed with my classical training and other inspirations – allow me to have a unique voice.”

Several songs draw on his life experiences; the title track was the first piece of Celtic music he remembers truly inspiring him; River Falls was one of the first tunes he wrote after moving to the U.S.; Mackenzie’s Eyes is dedicated to his daughter; and Elegy for a Rainbow is in honour of his first guitar teacher, Tim Walker, who passed away while Gibb was producing the album.

With the project now finished, is keeping his calendar relatively open, given the uncertainty of the ongoing COVID-19 pandemic, but he is looking forward to returning to Broadway soon. He is currently promoting The Boatman where possible, while staying open to future opportunities to write, record and perform music.

He also has well-earned advice for aspiring musicians, who themselves might be plucking away at an old tennis racket on their living room floors.

“If you want to be a performer, learn your craft and don’t be put off by naysayers and negativity. If you have the heart, and feel you have something to say, then people will listen.”