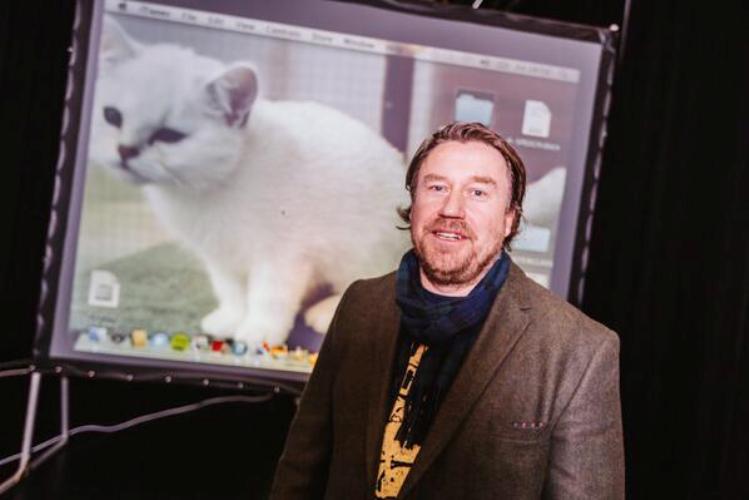 Like most of the U.K., Dundee became swept up in the sonic ‘new wave’ of the late 1970s, with bands like the Clash, the Sex Pistols and Stiff Little Fingers shaking up long-established musical foundations.

That wave swept McNeil off his feet at his first punk-rock concert.

“The crowd were spitting at the band, the band didn’t seem to mind, and it was so exciting,” he recalls. “I went with my big brother. We met the band afterwards and they were very nice. They gave us picks and safety-pins – that was the moment my life changed forever; it was then and there that my love affair with music started.”

A few years later, McNeil teamed up with friends to start an indie band, writing to newspapers and radio stations in an effort to publicize gigs.

“Surprisingly, it worked!” he laughs. “At the time I was driving a forklift in a factory, and someone said to me ‘you could get a job in the music industry doing publicity.’”

Taking those words to heart, McNeil quit his day job and signed-up for several college courses, including a class in Media Studies.

“My end-of-term project for that course was on the music paper NME (New Musical Express.) I plucked up the courage to call their office in London. A very nice man called James Brown answered the phone and kindly arranged for me to visit NME’s office to interview the entire staff. Everyone was so friendly and helpful that the project ended up being 16,000 words long.” 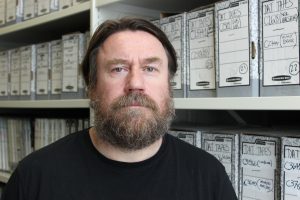 His foot was in the door.

“I sent it to James Brown, who passed it onto Ted Cummings, who was the Head of Press at Phonogram Records. Ted very kindly offered me a few days work experience in London – this really blew my mind – which made me even more determined to pursue my dream.”

Although McNeil’s brief stint at Phonogram didn’t lead to a full-time position, it further fuelled his dream of establishing a career in the music industry. In the meanwhile, he took a job in a record store, and continued to play with his Dundee band on the side. To improve his office skills, he learned to type. Once he had saved up £1,000, he moved to London on nothing more than the promise of a place to stay for one night.

“I saw a flicker of light at the end of the tunnel and followed it.”

The few connections he had in the music industry helped land him a job at the bar in The Camden Underworld, one of London’s popular, cutting-edge music venues.

“After a few months behind the bar, a few people I knew from Phonogram came to see a band in the Underworld. Apparently, an assistant’s position had become available at Polydor Records. I went for the job and – to my amazement – I got it. I was there for three years until I moved on to Beggars Group in 1995, where I have been since.”

McNeil has two jobs at Beggars: his main role is in TV promotions, and he also works on creative projects for The Arkive (catalogue department) “making films and suggesting ideas to bring a new focus to albums from the past,” he explains. “The challenges are coming up with creative and original plans that are both exciting and respectful to the artist.”

One such example is McNeil’s documentary film About a Badly Drawn Boy, titled for the stage name of musician Damon Gough, who McNeil worked with in the late 1990s. The film details Gough himself, with a special focus on his stunning debut album The Hour of Bewilderbeast (2000).

“Damon loves the film,” notes McNeil. “We have screened it a couple of times already in cinemas, and the response has been absolutely brilliant.”

Inspired by that success, he is now working on a short film about The Fall’s 1988 album I Am Kurious Oranj, which will be released in time to celebrate its 30th anniversary reissue on Beggars Banquet this October.

“All I think about is music. I am very lucky to work in the music industry. It really is a dream come true.”