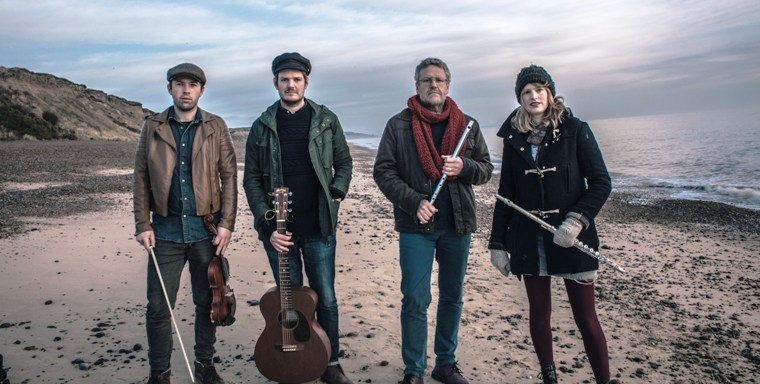 Of the seven Celtic nations, Ireland and Scotland likely have the greatest cultural influence on the global stage, particularly with regard to music.

A new quartet from Cornwall is hoping to get in on some of that sonic action however.

Originally called The Grenaways, the band changed gears – and its name – prior to the 2017 Pan Celtic Festival in Ireland; as members experimented and jammed in preparation for the annual event, their style shifted from a contemporary vibe to classic Celtic melodies.

“Our sound is very much in a traditional folk style,” explains Garcia, “although we like to combine the music we write with traditional Cornish tunes and songs, and those from around the world. A good example of this is a set of songs we play where the first is a traditional Cornish piece, which goes into a tune I wrote, and ends which a snippet from a classical work written by an American composer.”

“We have started to develop a really unique repertoire of material that represents all of the band members in different ways,” adds Trethewey.

Things have progressed quickly for the fledgling foursome.

“It has been a whirlwind year for us,” notes Garcia. “A few short months after we first decided to form the band we found ourselves playing on stage at the Festival Interceltique in Lorient. It was our very first gig, and our first rehearsal was on the ferry over to Brittany! 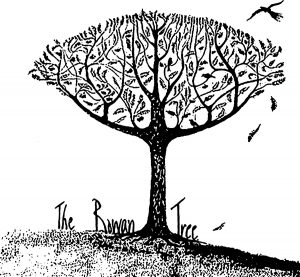 “We then began working on new tunes. We recorded a self-titled EP, and one of the songs (Tresor) was entered into Kan Rag Kernow (the ‘Song for Cornwall’ contest), which – incredibly – we won. Then, we placed first at the Pan Celtic International Song Competition in Ireland, and went on to win the Liet International Song Contest in Leeuwarden, Netherlands.”

“Winning the Liet has been the real highlight for us, as we dreamed of it but never really expected it to happen,” shares Trethewey. “There were so many amazing artists competing, and it was one of those truly magical moments where the underdogs won!”

“Winning the Liet has to be the best thing to happen to us so far,” Jolly concurs. “It really helped to validate what we are doing.”

“It was the first time a band from Cornwall – singing in Cornish – had won, beating songs from 14 nations across Europe,” continues Garcia. “It was such a privilege to even represent Cornwall, so to win felt like a dream come true!”

One of the band’s core mandates is to promote traditional Cornish culture through their music – something, they believe, that is thriving at home.

“Traditional music has a much more visible place in the culture of Cornwall than in other places in England,” says Fosten.

“It is a land full of Brass bands, choirs, pub singing, and throughout history Cornwall has produced many world-famous singers,” notes Trethewey.

That thriving Cornish music scene could use some extra help branching out across the globe, however.

“Compared to other Celtic nations, we could do with more financial support for the younger generation of musicians coming up,” admits Trethewey. “But the country continues to surprise and punch far above its weight.”

“Cornwall is a small nation in relation to Ireland and Scotland, and it doesn’t get a lot of funding to promote its culture,” adds Garcia. “That said, there are people here who are working tirelessly to preserve and promote our customs and traditions.”

“My hope is that, because of our success at events like the Pan Celtic in Ireland and Liet International in the Netherlands, people will learn more about Cornwall and Cornish music and culture, which will inspire more people to get involved,” Trethewey adds.

With so much already accomplished in their first year, Fosten hints at a few things that their growing fan base can look forward to in the next while.

“It is an exciting time for us, and we have a very full agenda over the next while, including more recording, and the possibility of bringing in a fifth member…”