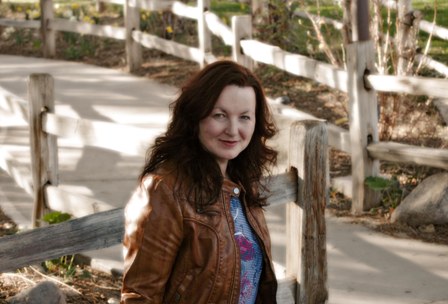 “Music has always been a part of my life,” says Liz Madden. “Both my parents are highly musical; the traditional music from Dad’s side and the folk-pop from Mam’s side. We spent so much of our life listening to music and being involved in music that it was a very natural progression for me to want to pursue it professionally.”

That she did. Born and raised in Dublin, Madden first performed musical theatre and pop before studying classical. Along the way she became interested in Celtic music and founded the Irish twosome, RUA, performing for eight years. After the duo disbanded, Madden embarked on a solo career, recording numerous albums and performing worldwide.

Her latest recording is Legacy, released in March 2015. Working with Jon Birge at Valley Records, Madden put together a rough track list and then began creating demos, which went back and forth between her and producer, Fionan De Barra. Once the pair decided how each song should play out, they began laying the music down.

“The Irish chants and Fionan’s guitar playing form the backbone of most of the songs, so getting those vocals nailed was so important,” she recalls of the recording process. “I wrote the chants reflecting the story-lyrics in the songs and then Fionan would ensure everything worked where it needed to.”

“I tend to add lots of extras,” she explains further, “which gave him plenty to play with, removing some stuff that he felt didn’t work. We are delighted with the final result and are currently working on new pieces, and continuing to develop this unique sound.”

It sounds like Madden’s not the only one pleased with the finished product. The singer says response to the album has been fantastic. She relates that many people she spoke with were initially taken aback with the recording because of the unique arrangement of the songs. “For example, the Night Visiting Song is usually recorded at a much slower tempo, but we gave it a completely new perspective. The Joan Baez song, Diamonds and Rust, seems to be a real favourite. And, again, applying our arrangement to the song with the Irish lyrics has worked beautifully.”

That said, Madden is unable to single out one track on the album as a particular favourite, instead noting that each song has its own merit. Certain songs she likes for unque reasons. For instance, Banks of the Lee is a song her father sings, and having her cousin Joanie Madden – to whom her father is very close – play on that track among others was a special moment. By the same token, Boulder to Birmingham is a song Madden’s mother taught her, so that piece is dedicated to her.

A good song really depends on the listener and the moments he or she associates with the song, but for Madden she cites a tune with a good melody and lyrics, tells a story and takes you on a journey. “Top that with a good, honest delivery by the singer and I am happy,” she states. “I am not a lover of vocal gymnastics at all and I think the best song can be ruined by a bad or over-the-top delivery.”

For the rest of 2015, Madden is nothing if not busy. She’s just finished three songs for her record label, Valley Entertainment, which will be featured on one of their compilations this year. Late last year, she recorded a track for the forthcoming album, Stay Calm and Salute the Beatles, which includes the likes of Heart’s Ann Wilson and the late Jack Bruce. She has five album releases pending in Korea over the next year, and she’s writing songs for her next solo album, and for several other artists as well.

“In the middle of all this,” she smiles, “I am relocating to the east coast and looking forward to that.”