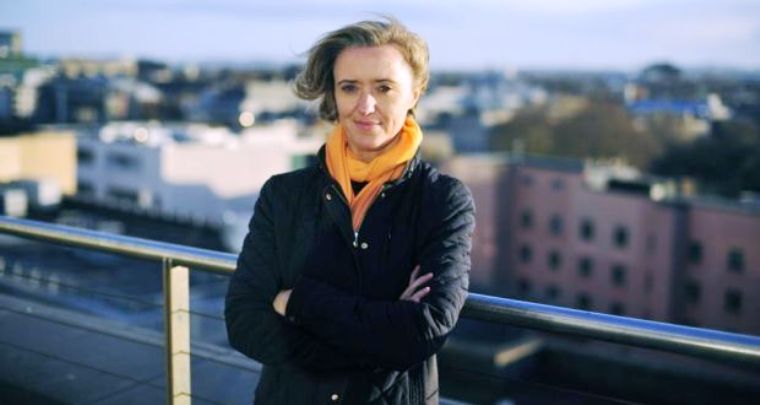 The past decade has seen the birth of a new breed of crime fiction. Better known as ‘grip lit’, these psychological thrillers pivot on the internal – and often unpredictable – thoughts and moods of the book’s protagonists.

Irish author Liz Nugent brought this genre to the Emerald Isle in 2014.

“I was doing administrative work on a TV soap opera within the story department,” she recalls. “I was involved a bit in the creation of the story, but I was not allowed to actually write it – which was quite frustrating for me. I started writing short stories for competitions with a small degree of success and thought ‘If I work really hard at this, I could actually do this is as a career.’ I wrote a six-part animation series for children, a TV drama for another broadcaster, a radio play, and several more short stories. Eventually I decided to develop one of those short stories into a novel. I needed to just do it.” 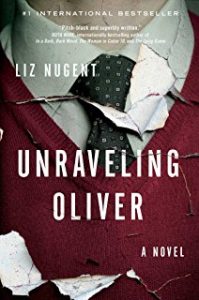 The result was her award-winning debut novel, Unraveling Oliver.

“When my agent had pitched it two years earlier, editors loved it, but marketing teams could not get on board. It didn’t fit into one of their boxes – it was not “crime” enough to be a traditional crime novel, and not high-concept literary enough to be considered literature. When I eventually did get a book deal, it was marketed as ‘accessible lit.’”

Despite being but 240 pages, Unraveling Oliver packs a lot of punch – quite literally; the story opens with the main character, Oliver, musing, “I expected more of a reaction the first time I hit her.” By the end of the first chapter, readers are shocked to learn that he has beaten his wife into a coma.

Nugent admits that she surprised even herself with the work

“I did not set out to write a specific genre. I just wrote the story that I had in me.”

“It was not until Unraveling Oliver won Best Crime Novel at the Bord Gais Energy Irish Book Awards in 2014 that I realized I had written a crime novel. I think that because of the success of books like Gone Girl and Girl on a Train, psychological thrillers were suddenly in vogue and my book fit quite nicely into that domestic noir niche.”

With that in mind, the scribe started digging deeper.

“I have also always been interested in the darker characters with mysterious pasts. Heathcliff from Wuthering Heights was a big influence. These characters are intriguing and compelling. I enjoy getting to know these people. I had to get into the mind of a sociopath, I needed to understand his mindset. A lot of people say that Oliver is a horrible person – and, of course, I don’t agree with a lot of his actions – but in a lot of ways I understand him, because I was him while I was writing his character.”

Nugent has dug even deeper with her follow-up narrative, Lying in Wait, which is scheduled for release this summer.

“This is the story of a murder and a cover up. It looks at the consequences for both the murderer and victims’ families and how they intersect. Both books are “whydunnits,” rather than “whodunnits”. As we already know who did it, we are really trying to figure out the ‘why.’” 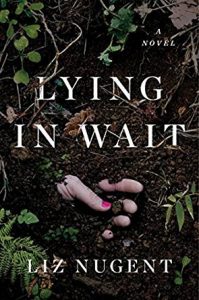 Writing each novel, she notes, has not been without its challenges and steep learning curves.

“When I was young I had an accident resulting in a brain injury, and developed dystonia, a neurological movement disorder. I had to switch from right hand to left hand writing. I can only type with one hand, which presents difficulties. I am very economical with my words and try not to waste any. I have learned a lot about structure from my editor. I used to write very long chapters and she suggested that I chop them up into shorter pieces and interweave them with other narratives.”

She believes that Irish literature today is in a good place, especially amongst the fairer sex.

“Women are writing a lot contemporary Irish crime fiction that. Literary fiction is doing really well too in that regard. Ireland used to be such a patriarchal place, but women have now found their voices, and we will no longer be silenced. Irish male writers are now coming out with some really great stories, both for and about women. By and large, 70 per cent of fiction readers are women, so we need to be more mindful of our market.”

With that in mind, Nugent is busier than ever.

“I have just finished writing a short film script. I have also been commissioned to write a full-length stage play. And I have just started writing my next novel.”