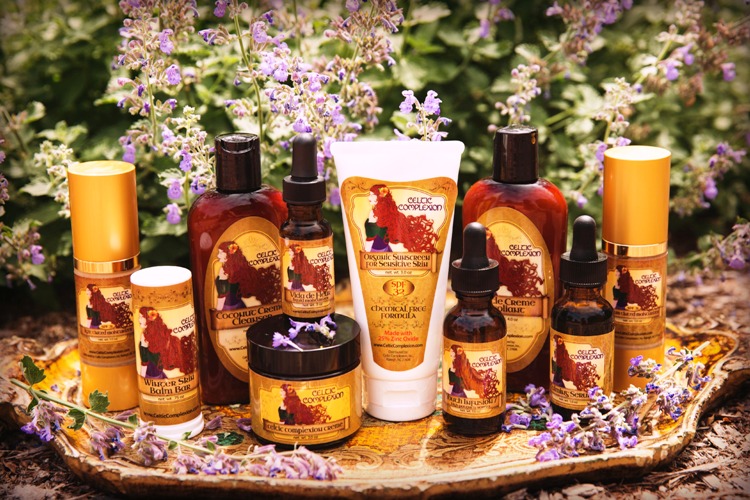 A long-time sufferer of rosacea – a condition that gives the face a flushed appearance – Jennifer Devlin Waller started her company Celtic Complexion in 2011 after discovering that natural oils benefitted her skin.

It was a sea change for the Raleigh, North Carolina resident, who grew up in Miami and had spent over 20 years in the prestige cosmetic industry after jumping into the beauty business in high school.

“I became a makeup artist simply because I was so self-conscious of my rosacea and wanted to learn how to cover it up,” she says. “I worked my way up the cosmetic food chain to become a Beauty Director for Nordstrom.

“Ironically, what started off as a genetic condition – people with a Celtic heritage suffer most from rosacea – was made worse by the toxic-laden cosmetics I would pile on my skin every day.” 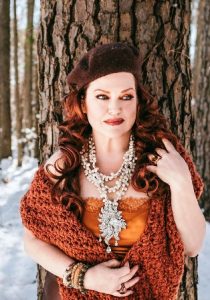 Waller explains that it wasn’t until she happened to meet a holistic esthetician that she made the connection between the products she was using and the condition of her skin.

The esthetician advised her to use only natural oils. Waller took her advice and, within two weeks, her skin looked better than it ever had.

Waller was then torn between the career she had spent years building and exploring a holistic approach. She eventually quit her job and returned to school to become an esthetician.

Over the next five years, she read widely about ingredients and holistic remedies and started making her own products, which she used on her clients and friends and family.

She also made her first visit to Ireland. When she stepped off the plane, she felt as if she was looking in a mirror.

“There were pale skins and rosy cheeks everywhere,” she chuckles. “Growing up in Miami, everyone was tan and always wanted to be at the beach – but when all your skin does is burn, it’s no fun.”

That trip to Ireland gave her the idea of helping others with the same skin type so she formed Celtic Complexion. The company’s core clients are women over the age of 35, of Celtic heritage, and who are concerned about the signs of aging.

“We are the only brand that focuses entirely on those with a Celtic heritage, which means every ingredient we use will benefit Celtic skin in some way. I purposely avoid ingredients that are known irritants for sensitive skin.”

Her products are also used by celebrity makeup artists and women of other ethnicities who want an effective anti-aging solution for their sensitive skins.

Waller notes that Celtic Complexion, which she runs with her husband Steve, offers a “small but mighty” collection, including cleansers, serums, moisturizers, sunscreen and body products.

Their most popular products include the Calming Serum, which soothes rosacea, their moisturizing Celtic Complexion Crème, and a chemical-free sunscreen, which is 25 per cent zinc oxide. 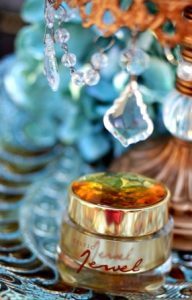 Some of her products have been rated “excellent” by America’s Environmental Working Group (EWG), and all are made fresh with minimal processing.

“Our sunscreen is the highest rated for safety. People search the EWG database to verify safe ingredients for their skin and then come visit our website to learn more.”

The company’s products have received many awards – including from the Indie Business Association, which named one of Celtic Complexion’s moisturizers Indie Beauty Product-of-the-Year.

As company CEO, Waller is a typical entrepreneur in that she does a little bit of everything, including research and development, marketing, and customer service.

Building a business is a process. When she started her company, she gained exposure by asking beauty bloggers for reviews.  These days, she prioritizes social media which is especially important for an online store such as hers. She also sponsors high-profile events such as The Miss Mayo Ball and the Boston Irish Film Festival.

Waller has noticed that people are keen to make a connection to their heritage and support specialist businesses. She intends to launch a men’s line in June in time for Father’s Day, which will include a beard oil, shaving crème, bar soap and face balm moisturizer.

Furthermore, life as an entrepreneur is an adventure that has given her greater insight into her own heritage.