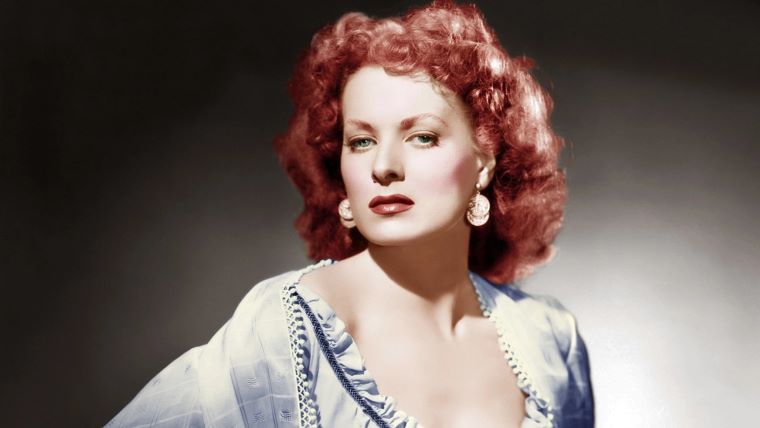 Most know her as Doris Walker from the 1947 cinematic classic Miracle on 34th Street, but her Celtic audience remembers her best for her role as Mary Kate Danaher, opposite John Wayne, in 1952s The Quiet Man.

Maureen O’Hara became famous for more than her acting skills, however – she was also world-renowned for her fiery red hair, a telltale sign of her Irish roots.

Born Maureen FitzSimons in 1920 in the County Dublin suburb of Ranelagh, O’Hara was the second oldest of six children. Her father, Charles Fitzsimons, was a football player, and her mother, Marguerite, became a successful women’s clothier after retiring from a career in opera. And though O’Hara spent a significant portion of her life in the United States, she never forgot what it meant to be Irish.

She began training as an actress at the age of six. As a teen, she was “discovered” by actor Charles Laughton, who convinced her to change her last name. In 1939, O’Hara starred in her first two films – Alfred Hitchcock’s Jamaica Inn and The Hunchback of Notre Dame, released in England and America respectively. In both cases, she acted opposite Laughton. Both films received poor reviews. Luckily for O’Hara, “Hunchback” was adored by audiences, and RKO Pictures, the film’s parent company, bought her contract from Laughton. 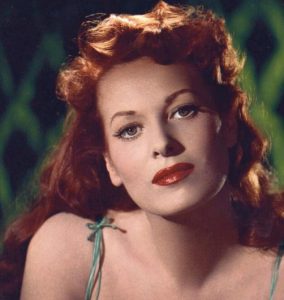 As a young woman making her way in Hollywood, O’Hara soon learned that she had little power over her roles. Often, she battled sexism, struggling against being typecast as an actress who always played the part of the “pretty girl.” In the decades to follow, she stood her ground by standing up to movie moguls, including Walt Disney and John Ford.

“I wouldn’t throw myself on the casting couch,” she shared in an interview with the Telegram last year. “That wasn’t me.”

Off-screen, O’Hara’s personal life had its difficulties; her first two marriages – the first with George Brown, and the second with Will Price – ended in divorce. Though the relationship with Price produced her only child – Bronwyn FitzSimons – her husband’s alcoholism took a terrible toll on the family. “I was a stupid ass to marry Will,” she would later say.

Through it all, she continued to make films. In 1941, she played Angharad Morgan in John Ford’s How Green Was My Valley, which won Best Picture at the Academy Awards. The following year, she appeared in another award-winning film, The Black Swan.

O’Hara eventually found personal happiness with aviation pioneer Charlie Blair. The pair met on a flight to Ireland in 1947, though they only tied the Celtic knot 21 years later. Tragically, Blair passed away in an aviation accident in 1978. She retired from acting soon after.

Ever resilient, O’Hara took over as the CEO and president of the airline that had once belonged to her husband, becoming the first female president of a scheduled airline in the United States.

In 1991, she was coaxed out of retirement to star in several pictures, including Only the Lonely, Cab to Canada; and her final film, aptly titled The Last Dance.

And while she was never awarded an Oscar during her career, O’Hara was presented with the Academy Honorary Award for Lifetime Achievement in 2014. The prize proved timely, as she would pass away peacefully at her home in Boise, Idaho, on October 24, 2015, at the age of 95.

Shortly after her death, her family released this statement; “Her characters were feisty and fearless, just as she was in real life. She was also proudly Irish and spent her entire lifetime sharing her heritage and the wonderful culture of the Emerald Isle with the world. For those who may ask what they can do to honour Maureen, we have a simple request ~ visit Ireland one day and think of her.”