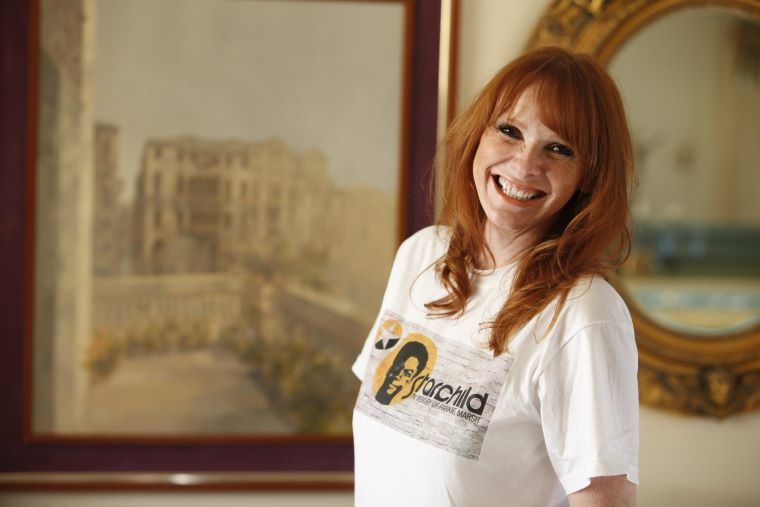 Michaela Foster Marsh is a woman of many passions. A talented singer and songwriter, she grew up in Glasgow and spent almost 18 years of her adulthood in Canada before returning home. Even as a child, Michaela thrived on creative outlets. “I was always dancing, singing and making things,” she shares via email. “I was creating clothes from a very young age and went on to study dress design before getting into music and song writing. I can’t remember not creating.” Journaling is what eventually led her to writing songs and novels. “It is how I processed things. There is an element of loss in all my writing. It is how I have coped and tried to find answers to the inexplicable.”

Another key component of her childhood was her adoptive brother, Frankie Marsh. The siblings were remarkably close in age, born just two weeks apart from one another. And though Michaela was white and Frankie was black, they were raised like twins

Sadly, Frankie passed away in a fire at just 26 years old. His untimely death eventually led Michaela on a journey to find his biological family. She did find them, in Uganda, 18 years after her brother’s death.

“The laws of probability were that I should never have found them, but I did.”

“It was an incredible journey, and I think it proves that there is magic in the universe and that there is a continuous thread that connects us, even after death.” 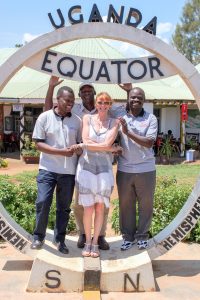 Michaela was especially struck by the number of orphans she saw in Uganda during her time there. “I felt that I couldn’t return home and do nothing. I had a legitimate connection to Uganda and had found my brother’s family. We were linked to their mother and to a story that started in Scotland in the late 1960s.”

As a result, Michaela launched the Starchild charity in 2013. Her late partner, Rony Bridges, also had an important hand in the organization.

Starchild focuses on helping vulnerable women and children in Uganda. They have already constructed a School for Creative Arts in the village of Vvumba, which teaches 110 children through a partnership with the local Grace Primary School. The charity is currently at work raising money to develop a holistic centre for children with autism and disabilities, as well as a sunflower sanctuary in Bridges’ memory.

“Rony believed in me so much. He believed I was a writer when I didn’t believe it myself. I miss him every second of the day.”

Michaela’s first novel The Matoke Tree tells the story of a Ugandan woman who comes to Scotland to study and is forced to give up a child for adoption and return to Uganda during the reign of Idi Amin – the cruel dictator who was president of the country in the  1970s. “What is strange about it is that some of the fictional book mirrors my brother’s biological mother’s life. I knew nothing about her when I wrote it. The adoption was all cloaked in secrecy – I was just using my imagination.”

When people heard the true story at Starchild charity talks, they encouraged Michaela to put it on paper as well. She ended up writing a memoir which shares the same title as the charity – Starchild: A Memoir of Adoption, Race, and Family – which was published this past spring.

During the writing process, Michaela says she was full of self-doubt. She wanted to do the story justice while, at the same time, respecting all the different people involved. The tale she was telling was deeply personal and, in some ways, painful as well.

“It is a very candid memoir. I didn’t hold back, and I didn’t see the point in writing it if I was going to gloss over some of the harsher realities of adoption.”

“I also had to be considerate of other people. In particular, Frankie’s mother and family. Janet, his mother, is no longer alive, but I wanted to honour her and tell her story as sensitively and accurately as I could. I also had to consider the brothers in Uganda, and of course, my parents. I talk very openly about some of the struggles my mum had with the adoption in particular. I also talk a bit about my ex-husband, his sister and my father, who were also adopted.” 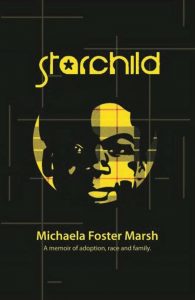 While a struggle at times, Michaela pushed through. “All I could do was tell the truth through my own lens, how I saw it. Although the book is mainly about the journey of finding my brother’s family in Uganda and the impact that had on me, I do highlight some of the complexities of adoption and that primal wound which I felt my adopted family members each carried. As a daughter, sibling, and the wife of adoptee, I started to see it clearly as I got older.”

Upon completion of the memoir, Michaela felt a deep sense of relief. “I needed to write the book. I had to get it out of me and onto paper. I am glad people encouraged me to write it.”

Although the COVID-19 lockdown prevented her from an official book launch and signing – something she wished she had been able to share with friends – the online feedback has warmed her heart. And, based on the response she has gotten thus far, the story has helped others. “The rewards are the letters, emails and reviews from people who have been moved by the book.

“The Starchild story is miraculous, but it is a story that almost never took place because I could have so easily given up. It took 18 years for me to go to Uganda, but it was worth the wait. I hope the book inspires people to take risks in life and take notice of the cosmic nudges which are always around us.”

Those cosmic nudges include the ways we communicate and co-create with our deceased loved ones: in Michaela’s case, her brother, parents, and partner. It is perhaps appropriate, then, that her next project is a book about grief and death. “It won’t be as gloomy as it sounds, but it will be very raw and honest.

“Miracles happen when you propel yourself out of victim mode. Grief, as painful as it is, offers a call to a new life. You have to be prepared to rise to that challenge and push yourself out of your comfort zones. You are never the same person after a period of grief, so don’t try to hold on to that person or that life. Move forward in faith that God, the universe and your deceased are listening to you.”