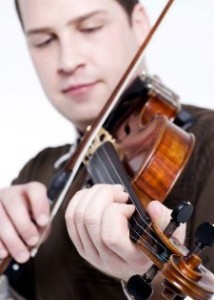 Regina, Saskatchewan is one of the coldest places on the planet this time of the year – temperatures this week hovered between -20 and -25 degrees Celsius! What better way to warm up the Canadian prairies than with a mid-winter Celtic Festival! Organizer Iain MacDonald brings the heat!

What are your roles and responsibilities with the event?
I am the main organizer of the Festival. I arrange the sponsorships, venues and primary performers, do the budget and financials for the event, and connect with various community groups who participate. Through my company “Avonlea Communications,” I also prepare advertising, news releases, web site and Facebook material.

What is the event’s core mandate?
The event is a fundraiser and performance opportunity for The City of Regina Pipe Band (CRPB), and also our junior band program that runs through the Conservatory of Performing Arts at the University of Regina. When the CRPB was formed in 1992, there weren’t a lot of local performance opportunities, and the existing Scottish community didn’t welcome a new band right away, so we had to develop some new opportunities for performing locally.

How has it grown over the years?
In the very beginning, The Mid-Winter Ceilidh was a one-night fundraiser organized by the Regina Folk Festival as a kind of winter volunteer “thank you” and spirit raiser. They asked the pipe band to play, and they also coordinated the formation of a Celtic band especially for the event. After a couple of years the Folk Festival dropped the event, but were happy for the pipe band to pick it up and keep it going. It eventually developed into a 2-day festival, with Friday and Saturday shows, a craft fair and displays all day, as well as workshops for music and dance. These days, we have 3 different free stages that are filled with community groups, such as Irish and Scottish dancers, the junior pipe band and youth fiddling groups, and then we have some pub sessions that feature lots of great local musicians just getting together for tunes and fun. The feature event of the weekend is still The Mid-Winter Ceilidh on Saturday night, which has been sponsored by Alexander Keith’s for a few years.

Who attends the gathering?
People come from mostly the southern Saskatchewan area, but we have had folks from Montana, North Dakota, Manitoba and Alberta. The SaskTel Community Stage is in the downtown shopping mall, The Cornwall Centre, so lots of Saturday shoppers are exposed to the many talented youth groups performing Celtic music and dance. We hope that this is encouragement for more people to get the bug and join!

What can they expect to experience this year?
This year the Ceilidh features Antigonish’s ECMA winner Troy MacGillivray & Friends. Troy and his sister Kendra have performed at the Festival in the past, and this year Troy has a group of friends featuring Jake Charron from Ontario on guitar and piano, fiddlers Gordon Stobbefrom Nova Scotia, and Karrnnel Sawitsky & JJ Guy from Saskatchewan, bassist Daniel Koulack from Manitoba and Sarah Robinson, an Ottawa Valley stepdancer. As well, the City of Regina Pipe Band will perform, and we’ll have some other fun events as part of the night. This year we’ve added a fiddle jam at one of Regina’s newest Celtic pubs, The Knotted Thistle, and we’re back Friday and Saturday in O’Hanlon’s Irish Pub in downtown Regina, which holds the current Canadian record for Guinness consumed on St Patrick’s Day.

Why is it an important event for the Celtic community there?
The event is important for the community here because it brings together the diverse threads of a fairly scattered Celtic community, and for a weekend weaves them together into something quite astounding. While doing that, it also gives the wider Regina community the chance to experience the many community and semi-professional Celtic musicians and dancers in Regina, and opens the possibility of wider interest and membership. The SaskTel Community Stage at the Festival has been a catalyst for organizing similar shows at the Regina Highland Games in May.

What are the plans for the event in the years ahead?
What I really want to do is find some people who want to play a larger role in organizing the Festival, so that it can continue past the energy of the current group. It’s been 21 years now, and we have some fresh horses in the mix, but to continue and grow the Festival will need younger organizers, new ideas, and fresh energy. I’d love to see a full slate of workshops. In the past we’ve had fiddle, Irish & Highland dance workshops, and it would be great to get it all going at once!

Is enough being done to preserve and promote Celtic culture?
I’m not so sure that “preserving” is really a positive thing. I think culture should be a way of living and a way of thinking that carries meaning for people. Obviously, there are some very old elements of Celtic culture generally, but I think the most vibrant aspects of culture are when someone comes along and reinterprets things for where we are now. That’s why shows like Riverdance were so exciting, and that’s why performers such as Troy MacGillivray are so important to hear. There are old tunes, sure, but they are being played with a modern interpretation, sparkle and energy that carries us beyond simply preserving what was done before. In terms of promoting Celtic culture… you can always do more! There are some great things going on in North America though, and I think the various aspects of Celtic culture are in a very strong position generally.

I know that here in Regina, we could be doing more to get greater numbers of children involved in Celtic forms of music and dance. We sometimes rely too much on roping in family members, and while that works to an extent, we need community groups that are vibrant and fun for kids, and don’t wear down parents with relentless fundraising and obligation. We need to find ways to inspire excellence and enjoyment in the Celtic arts, and in this area, we especially need to find ways to give people access to learning original languages, such as Scots Gaelic and Irish.