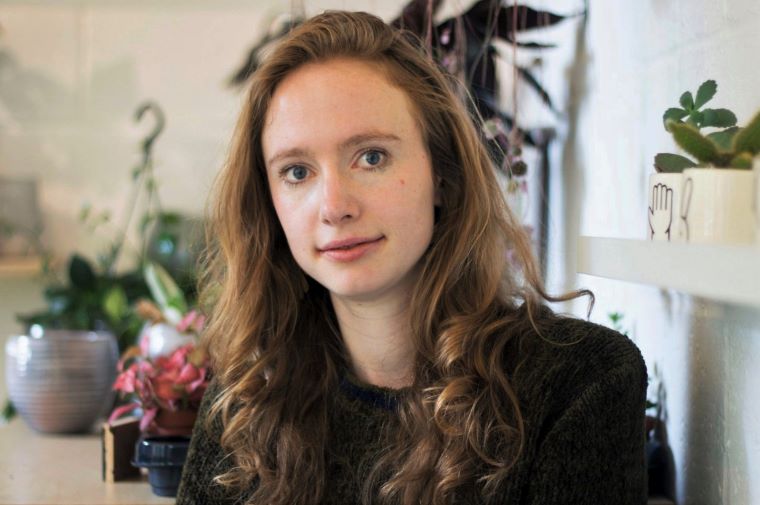 Born in Perth, Scotland and reared in a small seaside village in West Cork, debut author Molly Aiken grew up listening to harrowing tales of Celtic folklore and myth.

“My mother told me the stories, and I believed they were all true,” she tells Celtic Life International from her home in Sheffield, U.K. “As soon as I realized that there was someone who wrote down the stories that I read, I knew it was the job for me. Even now writing still feels like play to me so it hasn’t changed all that much. But, I suppose, now it’s play that pays the bills.”

Although the 28-year-old says her career in writing has been filled with many highlights – most notably, meeting her intelligent and thoughtful readers – she admits that the solitary lifestyle of a writer can be challenging.

“I really loved touring bookshops and meeting readers, but at the end of the day to get a story down on the page you have to spend a lot of time alone, or rather only with the characters in your head. It can be quite lonely at times.”

Earlier this year, Aitken released her debut novel The Island Child (Cannongate Books), a magical-historical work of fiction that explores themes of identity, freedom and motherhood.

“I came up with the idea while I was living in Galway,” she recalls. “I had an idea of a man washing up on the beach of a tiny island and changing the community there. I soon realized that the story was not about him, but about the girl that found him. She began telling me her story.”

The 320-page narrative follows a young woman named Oona who flees her home on the Isle of Inis in search of a new life. Alternating between storylines of Oona’s past and present, the novel is described as both haunting and rich, and brings to life old stories of Irish folklore. 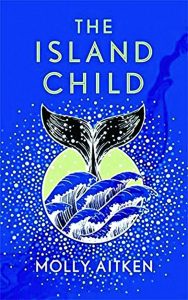 “I actually never set out to write about Irish folklore, but so many folktales are still relevant today – that is why we keep telling them.

“Look at the selkie; she gives up a free and joyful part of herself to become a wife and mother when she leaves the sea, but she still longs to return. Countless women today can relate to this.”

While the book is purely fiction, Aitken says she did significant research on the Aran Islands.

“I based my fictional island, Inis, on some of the islands around Ireland. The islands – particularly the Aran Islands and Blasket – became famous in Ireland in the early 1900s and many islanders wisely decided to make a bit of money by writing down or dictating their lives and stories. There is a wealth of literature, diaries and accounts of islanders so I spent a lot of time poring over those. Over the years of writing I also visited Inis Oirr, the smallest of the Aran Islands to feel the wind and rain on my face and hear the birds and clack of stones under my feet. I wanted to really feel the place in my bones.”

“One of the joys of creating a fictional place is not only that it can have a timeless, mythic quality, but also that it can be shaped to suit whatever story you are telling.”

The Island Child has generated great buzz in the few months since hitting shelves, with The Telegraph calling it “exquisite” – and labelling Aitken as an exciting new voice in Irish fiction.

“It was a story I had been living with for several years and I was so relieved to have finished it, and to have written a story that I was, and am, incredibly proud of.”

Aitken notes that her novel fits into a much larger trend of contemporary authors reworking old tales of folklore, fairy tale, and myth.

“Folklore is not only a strong part of our heritage, but also an important part of our present. I always find it sad if myths and stories are lost, which is why reinterpretation is so important. That could be through film, art, fiction, really anything. It can make stories that we think of as irrelevant re-energized for a new audience.”

With her debut novel freshly behind her, the young scribe is already working on her next project.

“It’s about a messy family and begins in a small village in West Cork and journeys out to Scotland and Italy that, like The Island Child, draws on folktales and myth.”