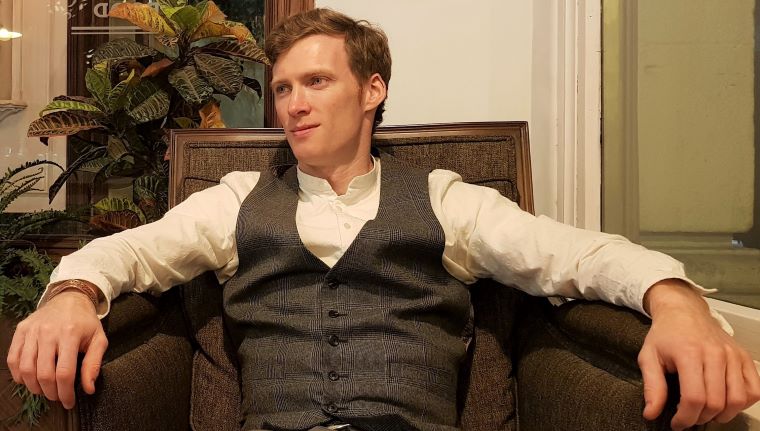 In one sense, it might be hard to argue that carpenter and musician Lorcan Mitchell doesn’t think outside of the box. But then again, his musical invention is pretty much exactly that – a box.

Of course, calling the Mitchell Drum just “a box” does a disservice to the simple ingenuity of its design. It is a portable snare drum worn on a strap across the waist, so it can be played sitting down or standing up, and it makes different sounds based on where the user hits it.

“It is perfect for all lovers of music who want to play and have fun,” shares Mitchell via email. “Whether you are playing at home practicing your own beats, jamming with friends, warming up backstage before a gig, or busking on a busy street entertaining locals and tourists, the instrument is there with you.”

Hailing from the western coast of Ireland – a small village called Aughrim, near Ballinasloe, Co. Galway – Mitchell was exposed to music at an early age.

“My parents were not musical, but they encouraged and supported my brother, three sisters, and I in playing music. I started with the tin whistle as a child, progressed to the button accordion, then took up the guitar when I was 13.”

His first inkling to make a sonic contraption of his own came at the age of 17.

“In Ireland, before we go to college, we complete exams called the Leaving Certificate. I was doing woodwork as a subject, but I didn’t want to make a table or cabinet. I asked my teacher about whether it would be possible to build a guitar. I loved every minute of making that guitar. From researching the type I wanted to build, to learning what material I needed, to collecting all of the separate parts that go into making an electric guitar. It was fascinating to me. This wasn’t school – something about it felt real.”

After graduating, Mitchell travelled the world for a spell, before settling into work as a carpenter. It wasn’t long before he began applying his skill set more steadily to the world of musical instruments. 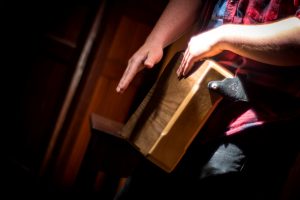 “In February of 2016 I made my first drum. It happened. It worked. The feeling of relief and joy was unbelievable.”

Since then, he has created a whole range of different models, including both acoustic and electric portable percussive dance floors.

And while he admits to having had some difficulty getting drum stores to carry his unconventional pieces – and with his plans to travel to North America to sell the product recently thwarted due to COVID-19 – he has adapted accordingly.

“It forced me to build my website and online profile to connect with people directly. It was slower and more difficult this way, but it has helped me build closer relationships with customers, learn what they really need, and how to serve them better.”

It has also allowed him to focus on growing his market share at home in Ireland.

“The nature of Irish culture is that we make everything with our hands in a spirit of love. We are connected directly to nature and our craft.”

“That spirit dropped off during the boom (Celtic Tiger) years when, even though people had money, they did not appreciate or support creative endeavours – especially those that are produced locally.

“Buying a local, handmade product is not only the best thing you can do to support your local producer, but also for your family, community and future generations. Money spent locally stays locally, and jobs created locally stay locally. This ripple affect can have exponentially beneficial contributions to your area. Success breeds success. When others see a person succeeding in their craft and passion, they will want to invest in themselves and do the same.

“I am an eternal optimist and believe the world is turning toward a future where a person is rewarded for their passion, dedication, persistence and – in most cases – their sacrifice in perfecting their craft and finding their purpose, while helping to improve the local community. Maybe I am dreaming, but that is part of my purpose and passion; to encourage others to do the same.”