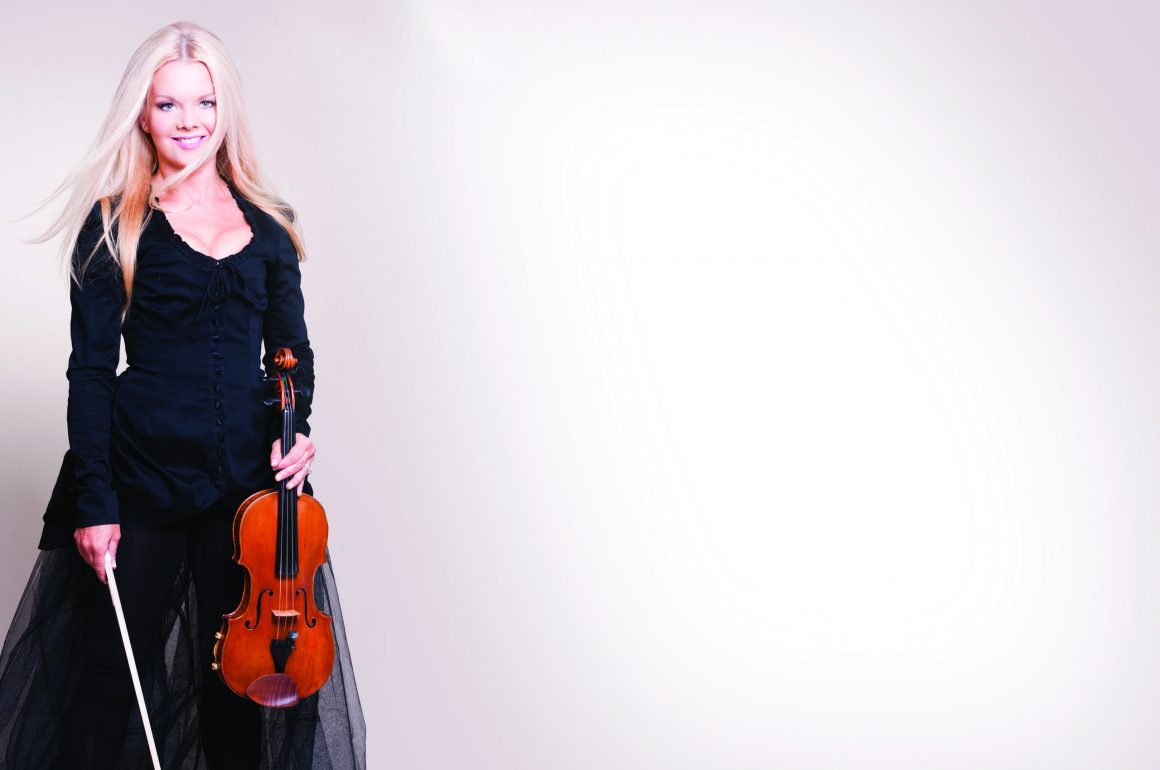 As a founding member of Irish super-group Celtic Woman, violinist Máiréad Nesbitt has recorded more than a dozen albums and performed to appreciative audiences all over the world, sharing the stage with the likes of Michael Flatley, U2, Van Morrison, Sinéad O’Connor, Clannad, Emmylou Harris, David Bowie, Sting, and many more. Recently she spoke with Celtic Life International about her latest recording Celtic Spells, which is due for release in early 2023.

What kind of impact did COVID-19 have on you, both personally and professionally?
The pandemic was devastating to so many people, especially with regards to arts that were deemed “nonessential” – music and live concerts were the first to go and have been the last to come back. As a musician, it was very worrying, and the frantic feeling of no work for the last two and a half years was eclipsed by a feeling of guilt, as so many people had lost their lives. So, it had a very strange effect, because on the one hand both myself and my husband – being in the same industry – were very worried about our livelihood and what had taken so much work to build, and on the other hand, we were lucky to be healthy and felt funny even saying or feeling anything. From a professional point of view, I knew we had to keep going. So, I was lucky to work on three incredible projects during the pandemic; Celtic Spells, my new album and show, Harmonious Live for Disney+ in which I got to play with superstar Lindsey Sterling, and my own jewelry line with JTV. Creatively, those three projects kept me sane and ticking. I did free shows online every week for my “Fan-ily” called Máiréad Monday,s where people checked in from all over the world. My online lessons and shop kept going as people were thankful to have things to do while in isolation.

What inspired the recording of Celtic Spells?
Celtic Spells is the true story of a couple (my agent’s great-great grandparents) that fell in love and fled Ireland as they were from different backgrounds and religions – a huge taboo back then. We wanted to tell their story in a series of “spells” and, in doing so, take people on a journey, their journey, to a new world.

What were the challenges involved?
Obviously, the main challenge was COVID. As necessity is the mother of invention, I had to quickly learn how to record all the tracks needed for the album and show. Luckily my manager – and amazing percussionist – Neil Grover had all this in his vast skill set. So, I just had to take care of my own recordings and then transfer them all over to him. I also had the playing and harmonic brilliance of my brother (multi-instrumentalist Karl Nesbitt) and stunning orchestral arrangements from Peadar Townsend. This whole album was recorded remotely in New Hampshire, Boston, Ireland, the U.K., and Nashville, and was then mastered in Los Angeles at Aftermaster Studios. 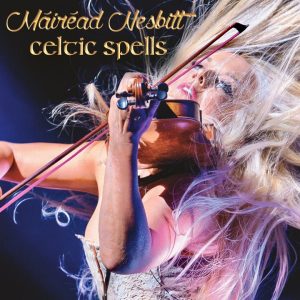 How did you feel when it was done?
It feels amazing to have the album done. It sounds massive and expansive, but also intimate. I am very happy with my playing as, in the limited time I had and being a novice user of home recording, I did not, and could not, even “drop in” or edit my fiddles. So, they are all full takes, and I am proud of that. We spent hundreds of hours going through everything and everyone on the album to make sure that we were happy with the whole recording.

Do you have a favourite track?
I have a lot of favorite tracks. Like a lot of people, I am a huge Netflix and Showtime fan, and watching shows that have incredible music in them – like Outlander and City on a Hill – has really inspire me. The first single to be released from the new recording is a selection called Man of the House. This tune was the theme tune for the show City on a Hill starring Kevin Bacon, and it is one of my favorites. The Outlander theme – Skye Boat Song – is fabulous too, with the beautiful vocals of Ryann Murray.

What has the feedback been like so far from those who have heard it?
We have just finished a survey / focus group where we invited about a hundred people to listen to the album and list their favorites. The feedback was hugely positive.

What can listeners expect?
The listeners can expect to be taken on a journey from the very beginning, and end in an anthemic way. I always felt that people should feel transported, relaxed, and energized from a recording, and I believe Celtic Spells does just that.

What makes a good song?
A good song grabs you in both its genuine content portrayal and its beautiful, memorable melody. The Ballad of the Perfect Storm from Celtic Spells is another of my favorites. It is an original song written by Ed Keane and vocalist John McAndrew and explores “The Perfect Storm” which took place near Gloucester, Massachusetts about 30 years ago. It is a tribute to the fishing families there and to the six fishermen who never came home. I play the whistle solo on this, and I was blown away by John’s vocals. It is such an incredibly powerful song.

What makes a good live show?
A show must immerse the audience and sweep them away on a journey. I think people want that experience more than ever now, especially after the last few years of not being able to do that. The audience is also “in” the show to an extent and should leave feeling that they have literally “been somewhere” and can go home feeling contented, elated, and exhilarated.

Will you tour in support of the new album?
Yes, there are already shows set for March of 2023, and more dates are being added daily. 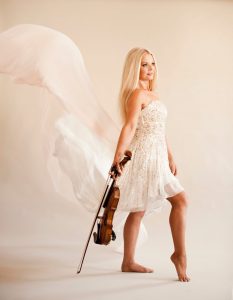 How have you evolved as a player and performing artist since we last spoke?
As an artist, one is always evolving, and certainly as a player that is true as well. Since we last spoke, Celtic Woman’s Destiny album was nominated for a Grammy – that was my last album with them. I released another solo album, Hibernia, and our family album, Devils Bit Sessions, which was named after a local mountain near our home in Ireland. I am delighted to have done a show called Harmonious for Walt Disney’s 50th Anniversary in Orlando Florida, and which will appear on Disney+, and which includes a fiery Celtic duet was written especially for me and Lindsey Sterling – so many people the world over had been asking us to do a collab and at last we got a chance to do it on the best stage in the world in the Happiest Place on Earth! Pre COVID, I played Carnegie Hall at Christmas for several years, and debuted on Broadway in a rock show called Rocktopia – which was one of the best times in my life after Celtic Woman. I do feel very blessed that my life continues to evolve in amazing ways. I am extremely fortunate to come from a wonderful musical family and I get so much musical and personal inspiration from my parents. We are all very passionate about playing music together every chance we get. To us, playing music is like breathing. This is very grounding and important, especially when playing slightly different genres in different places worldwide – it brings you “home” to what matters.

What are your thoughts on the current state of Celtic music, and the music industry in general?
Celtic and Irish traditional music is in great shape. There are many amazing young musicians out there who are very eager to excel. There are also plenty of older musicians whom they can get invaluable playing, advice, and workshops from. The music industry will take a while to recover from the last few years, but artists always persevere and keep going. We might be deemed “nonessential” but we I believe that we have been essential to people’s wellbeing, especially during hard times. Long may it continue.

What advice might you have for younger people looking to pursue a career in music?
I would advise doing a business course alongside your music course in college or outside college. Social media courses are so important now also to get the most from your platforms. A good manager and business mentor in your corner is hugely beneficial. All this of course is on top of being the best you can be musically, which means a lot of practice, playing, and listening to people who are the best and to keep your mind open. Work hard, play hard, listen hard and above all, love your music!