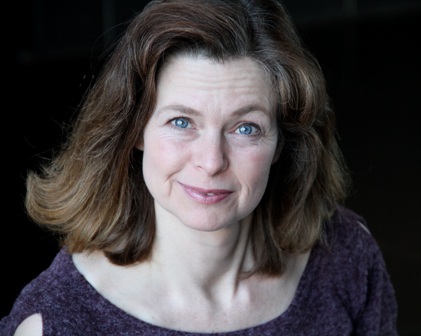 A featured production for this weekend’s One More Night Festival in Toronto, Myra’s Story portrays a day in the life of a destitute Irish drinker as she begs for money from passers-by. Jumping from character to colourful character, Myra Hennessey explains how she came to arrive at her present state with street-smart style, wry wit and brutal honesty. Recently we spoke with actor Jennifer Cornish about the production.

What are your own roots?
Cornish/Irish/English; My mother is second generation Canadian with Celtic roots. Her father was an Irish orphan. Born in Cornwall, he was sent over as part of the child migration program. Her mother was an English girl (from Devon, I think) who came over with her sister in her late teens or early twenties. They met in Montreal. My father is of Cornish/English descent, fifth generation probably. The Cornish heritage comes from his paternal side, judging from my surname, but we’re still working on tracing out that lineage. I do know that my paternal Great Grandfather was a prolific scholar who everyone, including his wife, called “The Professor” and that he wrote textbooks, some of which are still being used at the University of Toronto. His maternal Great Grandfather was a middle-class “second son”, sent to Canada to make his fortune as a farmer in northern Ontario, near Huntsville. This turned out to be a highly successful scam at the time: one spent several years at unfathomably hard labour, paying a good deal of cash in “tuition” to the person offering you the opportunity to “learn the ropes” by working for them. That person usually had nothing to teach: Muskoka was an expanse of unending forest, innumerable lakes, and six inches of soil sitting atop acres of granite bedrock. Many people died trying to build homes and scrape out a living. His name was Frederick Delafosse and he wrote a book about it called “English Bloods: in the backwoods of Muskoka 1878”. The Delafosse Library in Peterborough is named after him.

How long have you been involved in theatre, and in what capacity?
I think I’ve always been an actor. The first time I took it upon myself to memorize something (the A.A. Milne poem, “Disobedience”, in fact) and recite it onstage in public to a crowd of about 100 people, I was five or six years old. It came as quite a surprise to my parents because I hadn’t told them about it beforehand. I also used to stage melodramatic epics in the backyard, my girlfriends and I resplendent in our mothers’ evening dresses. I was always the director and often the heroine as well, unless of course the witch was a more interesting role at the time. Other than a year of conservatory training when I was 17, most of the coaching I had was as a child and, after that, via the ancient tradition of “doing it the hard way”. I got an agent at 18 and hit the audition market in Toronto — film & television mostly, and summerstock theatre out in the Thousand Islands. Life took some hairpin turns in my twenties and I set acting aside, largely in favour of regular meals. Ten years ago I woke up and realized a necessary part of me was missing. And here I am.

How did you get involved with this particular production?
“Myra’s Story” came looking for me, I think. On LinkedIn of all places. I stumbled across reference to the script via a message board for International Theatre Artists only because an actor friend, Kathleen Sheehy, had made a comment. There was a post about a successful Irish play that the playwright had rewritten for an international audience and wished to have produced abroad. It required an actress over 40 who could pull off 12 characters and a Dublin accent in a 90 minute one-woman show. How could I not want to read that! Irish. Over 40. And a challenging role as well. I wrote to Brian Foster and he sent me the script. Ten pages in, I put the script down and closed my eyes for a minute. Because I knew I was hooked and that this play was going to change my life. And that it wasn’t going to be easy. That was June 2011. Over the next two years I acquired Canadian production rights, won over the perfect Director (Darlene Spencer), pulled together a talented production team willing to work for almost nothing, did several staged readings and fund raisers.  The play premiered in London, Ontario in June 2013.

What are the challenges involved?
Other than it being a 90-minute solo “memory play” with 12 characters and a Dublin accent, one of the challenges is that the subject of the play is a middle-aged, homeless, alcoholic woman. From an acting standpoint, this adds a character trajectory ranging from hung-over to banjaxed (aka “blotto”) during the course of the play and requires a bit of finesse on all levels. Also, the “Riverdancing” is sometimes a challenge. From the marketing end it presents the challenge of convincing audiences that this is a piece of theatre they do actually want to experience. The solution lives in the craftsmanship of the writing. Shanachie Brian Foster masterfully pulls us through the story with deft wit and a solemn Irish nod, continually tantalizing (and often surprising) the audience in the gift of laughing with Myra so that they might equally create the space to cry with her. We have some great reviews we can pull from, which goes a long way: “Equal parts James Joyce and Carol Burnett … tour de force” (The Record, Waterloo Region);“Riveting … Cornish delivers the kind of depth few actors … ever manage to achieve” (London Free Press); “The words and portrayal … are masterpieces. (Hamilton Arts Council). But the best thing is the word of mouth advertising; the more people who meet “Myra”, the more the momentum builds, many coming back a second or third time, bringing friends. The magnetism of this character, “Myra”, is quite extraordinary. The biggest challenge so far is in continuing to tour the show without a Producer or Presenter. So, until we find the right person for that, I’m doing the best I can in booking small gigs and being open to creative opportunities for co-production over the next year or two. We’ve had luck in partnering not only with small theatres but also with community and social service groups working at ground level with issues around homelessness. Oh, and money; I’m also being definitely open to money. Money is spectacularly helpful. I am particularly committed to making sure the angels who work with me on this project end up with some coin at the end of the day. I think it’s important to let people know they are valued in this way, especially in the arts. Because I know what it’s like to work all day on a project you love and then have to borrow the bus fare to get home. It’s not big news that there’s never a lot to go around in the arts but at least, on my watch, I can make sure everybody gets a cut.

What are the rewards?
Oh my. Were you wanting an essay? Sometime after I’d finished the first run of the play, I was walking down the street in a completely different town, two hours away, when a woman stopped me. “Excuse me. Were you in a play called “Myra’s Story” in London last month?” I answered that I had been. Her face lit up and she embraced me in a big hug. “It’s one of the best plays I’ve ever seen. I’m still thinking about it.” I’ll just corral a couple of facts here: I’m an actress. I am “over 40”. In Canada. At the risk of stating the obvious, none of these individual claims bode particularly well for a headlong rush to success in professional theatre. Especially not with a big gap in my resume. I have exclusive Canadian production rights to a play that is not only really good theatre, but also touches people (myself included) in a way that some say changes them, inspires compassion and alters the way they interact with others in the world. The play is funny as well as sad, sometimes silly and sometimes deep; I revel in those contrasts because life is like that. It demands a lot from me as a performer and I love rising to the occasion, stretching myself and my understanding of this craft. This play, and my involvement in it, has inspired friends, acquaintances and complete strangers to give of their time, money, energy and talents to help me continue performing it. For more than two years. Whenever my spirits flag, I’m reminded that I’m not in this alone, that there are growing numbers of people who very much want “Myra” to find a wider audience. Last month “Myra’s Story” played at the Registry Theatre in Kitchener, Ontario. One night, the performance was attended mostly by people who are in some way professionally connected to issues around homelessness. We did a Q&A session afterwards that lasted almost an hour and we had to cut it short because the questions and comments were still flowing. Afterwards, a man came to talk with me privately. He told me he had been homeless, that he worked at a transitional shelter as a counselor, that he had been raised in a home profoundly damaged by alcoholism. He hugged me for a long time and thanked me. And we both cried. Because of something “Myra’s Story” had offered him.

What can audiences expect during the run?
First: they should not expect a helicopter to land onstage because that is definitely not going to happen. And there’s no bursting into song accompanied by legions of dancers leaping out from the wings. Just so we’re clear about that. A range of audiences have seen “Myra’s Story” and invariably they’ve experienced a roller coaster of emotions – from laughter to tears, often at the same time – as well as the realization that most of us could have ended up in Myra’s shoes given a slightly different set of circumstances. Irish audience members have resonated with the show’s use of historical events and how it effects them on a personal level. Audience members who are not Irish remark at how universal the themes are – how close to home the story is for them. What can audiences expect? A swirling, earnest, searing, joyful, funny, tragic journey through the life of one human being. A gauntlet of being — ripe with anecdotes, love stories, hope, heartbreak, sardonic Irish wit and wisdom — all from an unexpected source. They can also expect a bench, a chair, and a fair bit of profanity. (I’m giving it an unofficial PG.13 rating for language and content.)

What are your thoughts on the state of theatre in Canada?
The volume of theatrical endeavours in Canada continues to grow, even if only on hand-to-mouth rations of “glitz, gloss and really amazing sets” for most. By that I mean: inspiration continues to thrive and drive both veterans and the newly emerging creators despite fierce competition for grant money, not to mention audience, in a general culture where the focus seems to be more directed towards the digital screens in homes and in hands than it is on the three-dimensional experiences being offered around the corner. The creators keep doing it anyway — creating, exploring, envisioning, imagining and re-imagining. Staging it. From Classics to Cutting Edge and everything in between. To me, that is a spectacularly exciting thrum to witness and I’m thrilled to be even a small part of it.