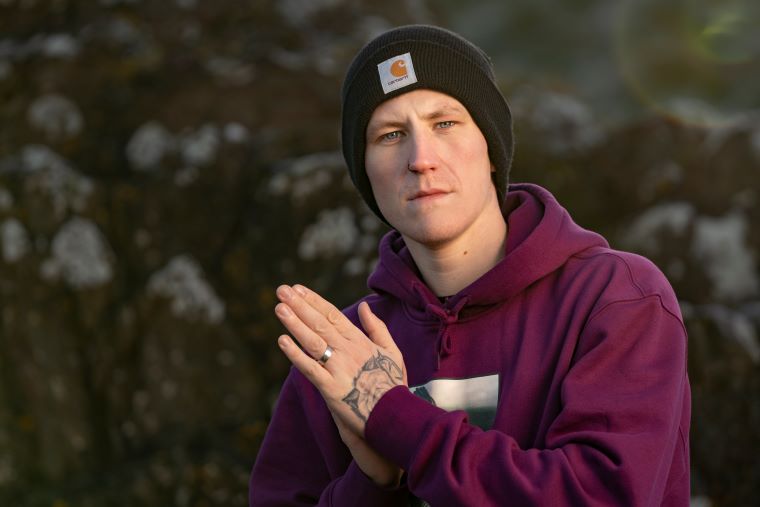 For most of his adult life, Nathan Evans was a regular guy – a familiar face to the folks he delivered to on his postal route in his hometown of Airdrie, North Lanarkshire, Scotland, and to his followers on TikTok.

You may not know him by name, but chances are you have heard him singing that jaunty ditty that has been stuck in your head in recent months. At the very least, you have likely noticed the kids talking about sea shanties lately. You can thank Evans for that.

Via video conference with Celtic Life International, the 26-year-old explained how a simple video, made at the request of his TikTok fans, swelled into an online sensation.

“It happened back in July of last year when I was taking requests and different ideas from the comments on my TikTok videos. Somebody had said, ‘could you sing a sea shanty?’ I went away and researched them all and made a list of songs. Then, in December, I did a couple.”

He tackled a few traditional ditties – Leave Her Johnny, Drunken Sailor, and The Scotsman – but his big hit was Wellerman, an 19th-century New Zealand whaling ballad about longshoremen who are worked to the bone, fantasizing about the sweets and drink that awaited them when the next supply ship dropped anchor.

Evans’ rendition – filmed solo and sparsely from his bedroom – spread around the world thanks to the TikTok platform’s Duet feature, where other users can add their voice to other TikTok videos. Daisy-chaining off each other, people across the globe chimed in, creating a harmonious choir of folks joining Evans in song – a virtual, digital, living-room concerto. 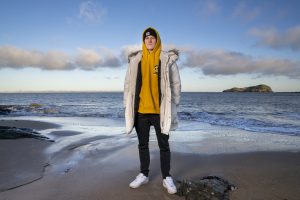 People are already calling 2021 the year of the sea shanty, as this was the first big meme of the first few months. Evans believes that the song caught on, in part, because people were eager for something hopeful and cathartic after the daunting experience that was 2020.

“Everybody is stuck in the house, going through this pandemic together, and the whole world is kind of just joining in. Back in the 1800s – singing a song like Wellerman – everybody was joining in, and it kept the morale high, kept everybody happy. This kind of took that and brought it into the 21st century.

“It is amazing, the positivity that this song is bringing. To see everybody smiling, laughing, and joining in – especially with the year everybody has had.”

“Amazing” is a word Evans has been using a lot since his big hit – he has had experiences most of us can only imagine; his cover topped charts – Wellerman and the 220Kid & Killen Ted Remix version hit #1 and #2 on UK iTunes – he cinched 500,000 TikTok subscribers, and he has signed with Polydor Records to release both his original rendition and the remix as singles. He even landed a spot telling his tale on Good Morning America, where he saw his face light up the Jumbotron in Times Square.

“I knew I was going to be singing them out, but I never knew that my face was going to be hovering over Times Square. I didn’t know until I saw my screen in live time. I got the fright of my life!

“It is…surreal,” he adds, referring not just to his GMA spot, but his whole meteoric rise to fame. “I still feel like I am talking about somebody else. I think it is because I am so busy, and I just constantly keep going and going. I have not had a minute to sit down and process what is going on.”

Evans has thought about what he is going to do next, however; he plans to explore his musical opportunities now that he has the world’s attention. But even if he lost all that attention tomorrow, it wouldn’t change his desire to strum a tune.

“If you had to take all this away, I would still be making music from my bedroom. Now, I am just fortunate enough that people would actually like to hear it.”

Evans also hopes his story will give others the impetus to keep putting themselves and their talent out into the world.

“If I can go from being a postman and just putting my videos up online, and I can get this break, sign with a record company, and put a single out there? It just shows that, as long as you keep going, take that first step, and just be you, then something good will come.”