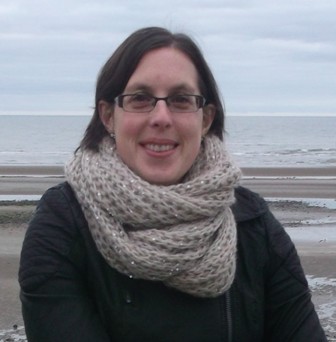 Anne Canaveera is the blogger behind “Nearly Irish?” She grew up in Brittany and as a young adult moved to Ireland in 2002. Celtic Life International reached out to Canaveera to learn what it was like living in both Celtic nations and to see how the two compared this yuletide time of year.

What do you miss most about living in Brittany?
Apart from the obvious like my family and friends, I miss the food (typical for a French girl, hey!). In Brittany, we eat a lot of seafood, and I miss big platters of langoustines fresh from the sea, crab, scallops, crayfish or prawns. I also miss all the sweet stuff: biscuits, cakes, crepes…My mum sends me packages full of buttery biscuits and home-made Breton cake regularly (much to the delight of my Irish co-workers!) I also miss the buzzing atmosphere during summer, my home town weekly market on Thursdays, traditional music and dance festivals, and days at the beach. Thankfully, I usually go back home in July so I have a taste of all that at least once a year!

What do you like most about living in Ireland?
I just love Irish people and the “Land of a Thousand Welcomes” is definitely not a myth. This is going to sound cheesy, but the majority of Irish people I’ve met throughout the years were just fantastic, from my Irish host family to my former landlord, my kid’s childminder, my colleagues and obviously my friends! Maybe I was just lucky, or maybe I had the right attitude, I don’t know. I’ve always tried to integrate as much as I could in the country and get to know Irish people, instead of staying in an expat bubble; which probably explains why I’m still here after 12 years! Life in Ireland is less stressful, people are more laid-back and less judgemental than the French, and that’s playing a big part in our quality of life. I love the fact that Irish people always find a funny side to every situation; “better laugh about something than cry” should be their motto. Irish humour is dark, sarcastic, satiric, full of puns. I’m jealous sometimes that I can’t be as funny as them! I also love the atmosphere of a traditional Irish pub. Even though Irish people are known for their fondness of alcohol (Breton people as well, don’t worry!), the pub is actually an important place in the community, and helps maintain a social link. Every time I go to my local, there are people of all ages, from young adults to retired, and you would never see that in France.

From your personal experience growing up in Brittany and now living in Ireland is Celtic culture obvious in both places?
I grew up in Brittany, a region with a very strong cultural identity. Even though I was never actively involved in traditional music or dance groups, I was always interested in Breton culture. I have a lot of cousins who play in a bagad (the Breton equivalent of a pipe band), and friends who belong to Breton Dance groups. I can dance myself, but just for fun and I used to go to fest-noz (the equivalent of a ceili) a lot when I still lived at home. There are a lot of fest-noz during summer, and all the generations are mixed, it’s very popular. I also studied the basics of Breton language at school, and my parents, even though they are not fluent speakers, can understand the language very well. As a kid, I also used to dress up in traditional costume for the yearly parade in my village. Some members of my family used to wear the traditional costume everyday (up until the 1950s) and speak Breton fluently. So as you can see, I was pretty much surrounded by everything Celtic! Although I am very attached to my region, I always knew I wanted to live abroad. I had already been to Scotland and Wales twice, so naturally, when the opportunity of a full-time job came up in Ireland, I took it. One of the main reasons I chose Ireland was because it is a Celtic country, but when I arrived, I was a bit disappointed by the lack of Celtic “feeling” to the place. Maybe the fact that I lived in Dublin didn’t help. I was hoping to find Irish music sessions in pubs, people going to ceilis at the weekend, traditional music and dance festivals etc, but in fact, it nearly seemed like a dying culture, only staying alive for tourists in Temple Bar or Carroll’s (the ultimate Irish gift shop). I might be a bit harsh, because I know it’s different in other parts of the country, especially in the West, but that’s how I felt about Dublin. Having said that, I know people who play bagpipes, some that used to take part in Irish Dancing competitions, and even a few fluent Irish speakers. I just feel Breton culture is being constantly renewed and revitalised, but the Irish one seems to live in the past and has become less popular and too old-fashioned for the younger generation. Maybe it’s because, as a region we are trying to stand out compare to the rest of France and we have to fight to keep our culture alive.

Was Christmas a big deal for you growing up in Brittany?
Of course! I was raised in a Catholic family, so we learned from a young age about the significance of Christmas. We usually decorated the tree and set the crib all together, as a family. And every year, we went to Midnight Mass. Obviously, Santa Claus (or Père Noël as we call him in France) was as important (if not more!) as the birth of Jesus and I couldn’t wait to open my presents on Christmas morning.

How does Christmas in Ireland compare to Brittany?
The Christmas season starts early in Ireland! As soon as Halloween is over, shops are filled with decorations, chocolates boxes, toys, cards, Christmas pudding, and so on. The streets are decorated and the houses as well. You’d never see that many lights in Brittany! The religious side of Christmas is pretty much the same in both countries but the Santa Claus tradition is a little bit different. In Brittany, we don’t put milk and cookies out for Santa and actually I don’t remember leaving anything for him when I was a kid. I know in other parts of France they leave water and carrots for the reindeer, but my family never did that! The important meal in Ireland is on Christmas day but in France it’s generally on Christmas Eve. Except in my family. We usually had finger food (salmon, foie gras or paté on toasts) and sparkling wine on Christmas Eve, but the big family meal would be on the 25th of December. The menu however differs slightly. In Ireland, you can’t escape the turkey, stuffing and gravy, mash, roasted and boiled potatoes, vegetables, and the Christmas pudding to finish it off. In Brittany (in my family at least), the typical menu is fresh langoustines for a starter (sometimes oysters), roasted chicken and chips or green beans, salad, cheese and the “Christmas log” for dessert, which is a cake shaped like a log (in case you didn’t guess!). One tradition my parents brought back with them after a trip to Ireland is the Christmas crackers! They absolutely loved them. Sadly the jokes are in English so they never understand them, but at least they get a little gift and are very proud to wear a paper crown!

Have you been back to Brittany for Christmas since you moved to Ireland?
I work in an industry where Christmas is the busiest period of the year, so unfortunately I only went back home for Christmas once since I moved to Ireland. It was in 2011, when my second son was only 4 months old. I managed to go back only because I was on maternity leave—it was pure luck really. It was really nice to spend the holiday season with my family and of course, my two kids were spoiled by their grandparents, and the rest of the family. It was a bit like going back in time and I truly enjoyed it.

How will you be spending Christmas this year?
Because we don’t have any family around (my husband is from Mauritius), we started a little tradition of our own for Christmas. We usually spend the day with friends who are not going home either. We spent Christmas with many different people over the years, but the celebration is always international. We usually take this chance to learn about the way other countries celebrate Christmas. This year…we will probably cook a nice meal for some friends. We love eating mussels for Christmas; that’s definitely not your traditional Christmas dinner!