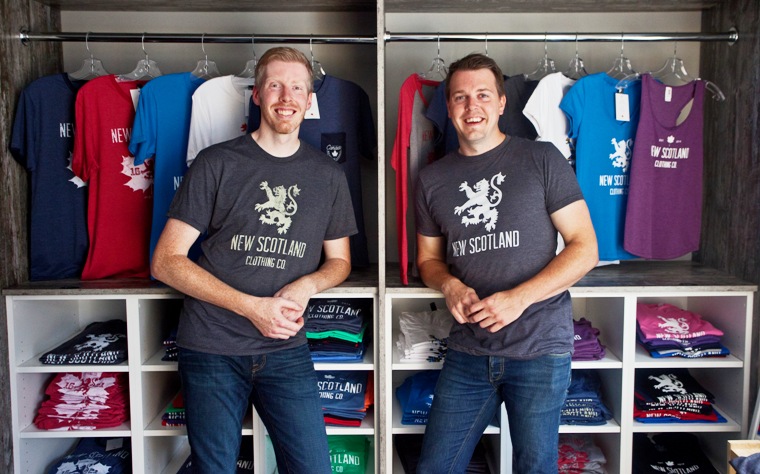 Brothers in business Kevin and Scott Saccary are brewing up something new in Nova Scotia – literally.

While craft beer has been something of a trend on Canada’s east coast in recent years, co-founder Kevin Saccary emphasizes that he and his brother Scott are not simply following the herd. The idea to get into the beer business has been percolating for some time – the duo even trademarked the New Scotland Brewing Co. brand about nine months after they started their popular clothing company in 2014.

“We had always envisioned it on top of a tap at a bar,” says Kevin, referring to the company logo which features the Lion Rampant of Scotland. “We wanted to create a product with the same characteristics that we used for creating our clothing. Our ultimate aim with this endeavour is to craft a high-end beer that is made with as much local ingredients as we can, and produce it right here in Nova Scotia.” 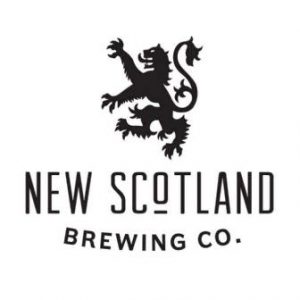 The Saccarys began their initial venture with a test run of 50 hoodies and shirts. When that was successful, they started a mobile set-up and began selling their gear – most of which is adorned with the Lion Rampant – at area markets and festivals.

In 2016, the pair opened a storefront in a 250 square foot shop in downtown Dartmouth, followed by a shop on the Halifax waterfront and a kiosk at the city’s airport. More recently, New Scotland Clothing landed a three-month contract with Halifax Shopping Centre. “Every year we are doubling in revenue and in size with our employee base and everything,” says Kevin. To keep up with that growth they have expanded to a larger store not far from their first shop. The new place will serve as their flagship location.

As for the beer side of things, Kevin and Scott were still looking for a brewing and taproom location. But Kevin’s hopes and goals for New Scotland Brewing are well mapped-out. “We’ve been working on a plan for two and-a-half years now.”

The brothers have hired a friend to be the brew-master, but he is remaining anonymous until the location is finalized. The trio are equal partners in the upcoming business.

“He has product, and we have a brand and an idea, so essentially we came together and created New Scotland Brewing Company.”

“I have done a little bit of home brewing, but he takes it to another level,” Kevin says of his brew-master buddy. “He has his own yeast strains and stuff that he has produced from Nova Scotia wineries, as well as other products from across the province that he is growing himself in his house.”

The brewery will begin with five or six signature beers. “Obviously, you need to have an IPA. You need to have some of these beers that are traditionally popular,” explains Kevin. They also plan to produce traditional Scottish styles of beer. For non-beer drinkers, cider will also be available, as well as mead – an ancient alcoholic beverage made by fermenting honey and water. “Not a lot of people are doing that right now around here, so we want to give that a go as well.” 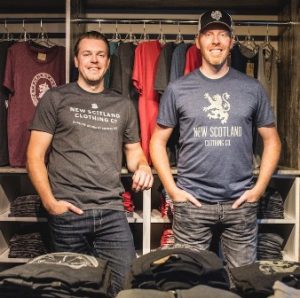 Kevin describes the trio’s vision for the brewery as a “very community-oriented tasting room.” In other words, it will be a live music venue in addition to being a taproom – appropriate, given that all three business partners are musicians. “We want to have great local artists come in and play original tunes.”

The hope is that the brewery will be a hotspot for tourists and locals alike. They want visitors “to experience what local Nova Scotia music is like, and to experience Nova Scotia the way we think it is.” As all three owners are from the province, they agree that there is something special about their home. “Not to sound too corny, but we love Nova Scotia.”

Thankfully, they are finding the local beer scene to be generally welcoming, with most brewing companies sharing a “the more, the merrier” attitude.

“We are in that mindset too,” notes Kevin. “It creates a really cool atmosphere and a cool community – especially here in Dartmouth, which had a very vibrant downtown core 20 or 30 years ago. It is great to see it coming back around again.”