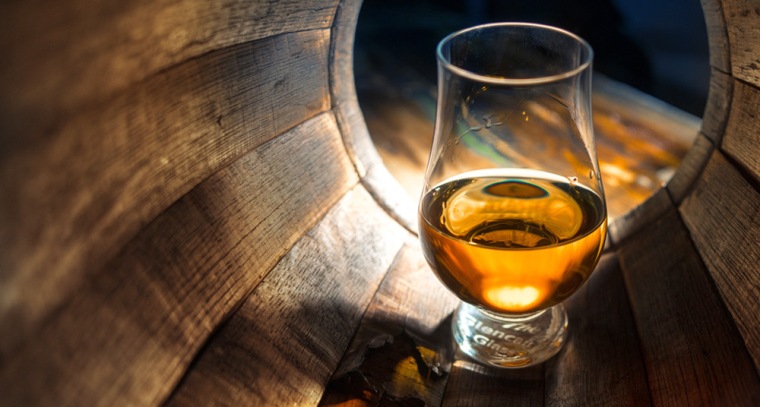 Whisky is quickly becoming the drink of choice throughout the Celtic nations. While its presence is nothing new, its level of popularity has grown exponentially in recent years. As new distilleries and shops open their doors, more people are developing a taste for uisge-beatha – the water of life.

Whisky – or whiskey – is a distilled alcoholic beverage made of a fermented grain hash. Grains can include corn, wheat, rye and barley, and are often malted. Once distilled, the grains are aged in a wooden cask, traditionally made of white oak.

In 2003, Ally Alpine opened up Celtic Whiskey Shop in Dublin, selling spirits from Ireland, Scotland, and beyond. Alpine – a seasoned whisky connoisseur with over 30 years of experience in the industry – offers daily tastings of in-house whiskies.

“I initially worked for Oddbins Wine Merchants,” he explains, “and then I had a brief period working in a Long Island Liquor store, before moving to Ireland and opening Oddbins here. I then started the Celtic Whiskey Shop, and in 2016, I opened Celtic Whiskey Bar & Larder in Killarney.”

A native of Glasgow, Alpine believes that whisky enjoys strong standing in the Celtic nations.

“I personally can’t speak for Wales, Cornwall and the rest of the Celtic nations, as it seems that they are all very much at the fledgling stage,” he admits. “For Scotland and Ireland, however, sales are booming and there is a lot of new investment happening.” 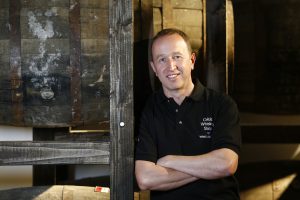 “Confidence is high, and new distilleries are being built at an unprecedented rate. At the same time, demand for mature whisky has never been higher.”

While both Wales and Cornwall’s whisky industries remain in their infancies, they are already producing great product.

“In Wales, for example, Penderyn is quite a niche operation and is flying the flag there,” says Alpine.

Launched in March of 2004, Penderyn, is Wales’ leading whisky, and is arguably one of the best within all the Celtic nations. A single-malt that is crafted in a specially commissioned still, the spirit is flavourful and powerful, and wed with fresh spring water that flows beneath the distillery.

“The palate is crisp and finely rounded, with the sweetness to balance an appetizing dryness,” said the late Dr. Jim Swan, known to many as the whisky Einstein. “The unique distillation process produces a single-malt whisky that is supremely smooth, light in character, softly gold in colour and does not require a chill filtering.”

“A ceaseless experience,” he describes of Penderyn’s Madeira finish. “A gentle massaging of the taste buds. The light cocoa infusion just tops it off perfectly; more charm than Tom Jones, hitting just as many pure notes…and just a fraction of his age.”

Similarly, in 2000, Healey’s Cornish Cyder Farm distilled their debut whisky. It was the first whisky to be crafted in Cornwall in over 300 years, produced right on Healey’s Farm and then transported to nearby St. Austell’s Brewery. The spirit was inspired by St. Austell’s chief brew-master Roger Ryman after a visit to Scotland.

Isle of Man and Brittany share a similar story.

Brittany is home to Warenghem, the distillery responsible for Brittany’s first whisky, Brittany Blended Whiskey. The spirit has been described as both fresh and woody, with a rich and robust finish.

On the Isle of Man, the Manx Distillery has created its own whisky called Manx Spirit. Currently, the firm offers two formats; ManxRed, which has been distilled from blended whisky aged at five years, and ManxBlue, a beverage distilled from pure malt whisky. Intense in flavour, many are calling it “the spirit of the island.”

For Celtic Life International readers, Alpine has a few suggestions. 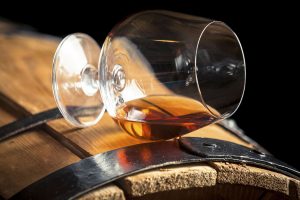 “If you like the classic light Irish-style then something like Teeling Small Batch or Writers Tears Copper Pot would be a great starting point. Richer, more complex styles like Redbreast from Ireland, or Springbank from Scotland, are very charming whiskies favoured by collectors. If you like your spirits with a bit of smokiness then Laphroaig, Kilchoman, and Ardbeg from Scotland, or Connemara from Ireland, are good examples of the style.

“In terms of some of my own favourites, Ireland’s Midleton Distillery still rules the roost, but there are a few that are catching up very quickly. Scotland has almost too many to choose from, but Springbank, Macallan, Isle of Arran and Glengoyne are currently making stunning single-malts.”

Alpine acknowledges that, though the sector is currently booming, there is a still room for more growth.

“The industry in Ireland has diversified a lot recently as distilleries learn and experiment with different methods and styles. Even a well-established producer like Midleton has been exploring new avenues with the Method and Madness range. Other distilleries are looking at single origin barley whiskies, as well as new and interesting wood finishes.

“There are always ways to improve. The challenge right now is that there is not enough mature whisky to cope with demand. Producers must look at ways to make young whisky taste better. The alternative is to restrict supply and wait for their maturing stock to age a little more. The other side to that story is that the market could quite possibly be flooded with new whiskies once existing stock reaches legal maturity.

“Most people are cautiously optimistic,” he continues.

“There is a history of boom and bust in the sector, but hopefully lessons have been learned from previous experiences.”

“The difference now is that there is a truly global market for Irish and Scottish whiskies, and there is more emphasis on quality than before as drinkers moving away from blended whiskies to single-malt and single-pot still styles.” 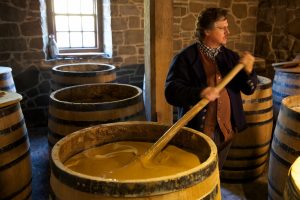 In the end, Apline believes the most important thing is to know your own personal preferences.

“You need to find out what styles you like and seek out more whiskies with a similar flavour. A good whisky should not taste harsh, but should have good intensity of flavour and finish without seeming hot or astringent.

“Try to go to an organized tasting or visit a shop like ours where you can sample two or three whiskies before buying a bottle. Even people who claim to dislike whisky are likely to find at least one that they like. The trick is to figure what styles appeal to you personally.”