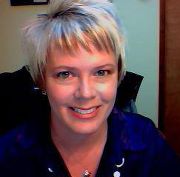 Organized by the Celtic Heritage Alliance, the Newport Celtic Festival & Highland Games is one of many year-round events which support its ongoing mission to promote and preserve Celtic culture on the Oregon coast. The event’s Executive Director Belinda Goody gives us the details on this weekend’s festivities.

What is your own ethnic heritage/background?
I have great-grandparents and distant cousins originally from Ireland and Scotland and have connected with my roots through my genealogy studies. It was a hobby I had since I was a teenager. I have also recently learned of heritage in Prussia and France so, like most Americans, I’m a hodgepodge of cultures but if asked, I’m Celtic.

How, when and why did you get involved with the event?
Since meeting my husband nearly 9 years ago, who hails from Campbeltown, Scotland, I became fascinated with his culture. I learned so much from him about Scotland and its people that it made we want to learn more and tell others about what an amazing culture it is. I wanted others to know about it too. He and I used to attend the Highland Games in Estes Park, Colorado and other similar events. When we moved to the Oregon coast in 2007, we opened our bed and breakfast (Caledonia House B&B) in Seal Rock, Oregon. We did a great deal of research on things to do for our guests and in doing so, realized there was not much going on in the realm of Celtic culture on the coast with the exception of the Yachats Celtic Music Festival nearby. Through various interactions with local business owners and other members of the community, I began canvassing to find out if there was any interest among them in starting something, even just a Burns Supper to begin with. There was interest, but no action and we were just coming into our first full year at the B&B so the idea of a Celtic festival went on the back burner. Some time went by and one day, someone stopped into our B&B because he saw the Scottish flags flying out front. He came in and spoke to my husband and said he had an interest in starting a Highland Games. When I got home that night, I thought perhaps this was the catalyst we needed so I again e-mailed the group to see if there was interest. Finally, success! In April 2010, we held our first group meeting at the B&B with about 6 people who shared a common interest in forming a group and deciding what kind of event to bring to the community. After doing some online research on how to organize an event such as this and locating a “model” festival (the Celtic Classic in Bethlehem, PA) to format ours after, we began discussions about what to name it, where it would be, what it would consist of and how to put it all together. We held the first event in June 2011 and with our first successful event under our belt, we decided to form our own non-profit organization in July 2011 to continue our efforts. The overarching organization is the Celtic Heritage Alliance.

What is the event’s core mandate?
The “CHA” has a “mission to promote and preserve Celtic culture and heritage through creation and development of Celtic cultural events, activities, and programs which facilitate education, workshops, musical performances and traditional competitions which include athletics, music and dance.” Not all Celtic festivals have a Highland Games and not all Highland Games have a Celtic festival. Additionally, we are somewhat unique in that we celebrate all seven Celtic nations which include Brittany (France), Cornwall (England), Galicia (Spain), Ireland, Isle of Man, Scotland and Wales. Because of this and our core values, the “Celtic Classic” formally adopted us as their “sister festival” on the West coast and their Executive Director, Jayne Ann Recker, has been a tremendous mentor for me.

How has it grown over the years?
CHA has grown by garnering some community support and a great team of about 8 full time unpaid volunteers who meet twice each month to plan and organize the festival and other Celtic heritage events throughout the year. The volunteer numbers increase each year as we get closer to the festival, but still, only about 30-40 volunteers do a great job of hosting a relatively large event for our area. The festival, in its first year, had approximately 4,500 patrons over the weekend and 5,084 in its second year. Slow growth is what we want. One notable achievement was our induction into the Oregon Cultural Trust in October 2012. This is a state run organization which recognizes non-profit organizations whose mission and goals must have “culture” at their core, which may be rooted in the arts, heritage, history, historic preservation or the humanities. We join a handful of others in our community such as the Oregon Coast Council for the Arts and the Lincoln City Cultural Center who have similar goals. We also have performers from all over the world applying to play music or dance at our festival. We are thrilled when we receive applications all the way from Corwall, Ireland, Scotland, etc. but we aren’t quite big enough to afford to bring them across the pond yet. Our vendors come from all over the United States and we have created business opportunities for members of our local community to sell their products at the festival. That number continues to grow each year.

Who attends the gathering?
We find that many of our patrons attend for very different reasons. First and foremost, it is a family-friendly event where patrons can bring their dogs and we especially encourage them to bring their Celtic breeds. Members of the community can even join our parade if they have a Celtic dog breed or if they have red hair they can join our “Gingers on Parade”. We hoped this would put a positive light on being a “ginger”. Others attend for the music and dance performances, some for workshops where they can learn how to play a bodhrun or didgeredoo, and a great many come for the Highland Games themselves. We also have “Fringe Friday” events which include a kilted run on the beach and a sand sculpture contest. We have so many events and points of interest that we manage to have a wide spectrum of interests. We find that 60% of the people who attend our festival come from outside of Lincoln County which is a great number of tourists who make the trip to the Oregon coast on the fringe of our normal tourist season which usually beings just after Father’s Day (mid-June).

What can they expect to experience this year?
Friday Fringe Events: Kilted Kilometer Fun Run on the beach, Sand Sculpture Contest (both are fundraisers for local non-profits), Whisky Tasting Seminar, Piping Down the Sun at sunset on the beach, and instead of an Irish ceili this year, we are hosting a “Fest Noz” which is a Breton (Brittany) ceili dance for the community. Saturday and Sunday patrons can experience live Celtic music and dance on three stages which including Irish, Breton, Scottish, Galician and workshops for music and dance. Authentic food and drink from all sorts of vendors and Celtic art and craft vendors where at least 50% of what they sell must be Celtic in nature or origin. A Jacobite living history camp and Celtic clans will be on hand to answer questions and offer demonstrations and information. Our Highland Games heavy events: caber toss, sheaf toss, weight over bar/weight for height, weight for distance, Scottish hammer, Braemar and open stone and the Clan MacLaren Challenge Caber for $100.00 cash prize. Our “Sprog’s Corner” is all about kids. They get free face painting, crafts and storytelling and they get their own version of Highland Games including a “sheep” toss (not a live animal of course). This year, for the first time ever, we are having sheepdog demos and we are absolutely thrilled to have them and there’s the Welsh Skillet Toss competition for the ladies. We also have a Bonnie Knees contest and a period fashion show with hand-made gowns by “Taken by the Sky”.

Why is it an important event for the Celtic community there?
When we moved here in 2007, we arrived just about the same time as Philomena O’Brien who owns and operates “Nana’s Irish Pub” and not long after that, Susan Spencer opened up “Bridie’s Irish Faire.” To my knowledge, our three Celtic themed businesses were the extent of our Celtic community in Lincoln County. During our annual outreach events, we have people with Celtic heritage who travel from 50 miles away or further and we have an average of about 60 people at each event. As we grow, so grows our Celtic connections and community along the Oregon coast. Keeping culture and traditions at the forefront creates both a connection to our past and to the future so that we don’t lose those legacies. Celts are known for their storytelling, music and dance which was their way of keeping those traditions and legends alive through the centuries. Even through the most difficult periods in history, they kept their unique cultural traditions alive.

Why is it an important event for the non-Celtic community there?
Exposure to other types of culture are important. As my Scottish granny says, “its like taking a cheap trip home.” This is a way for members of our community who don’t have the opportunity to travel abroad to have a taste of another culture; to broaden their scope and learn to appreciate the differences that connect us all. We also try to keep our ticket prices affordable so that anyone can attend without breaking their budget.

What are the plans for the event in the years ahead?
Each year we try new things and we stay with the ideas that work and move on from those that don’t. Our Robert Burns Suppers have been highly successful, as have our house concerts and ceili dances. Our long-term goals are to eventually host dance classes to train locals who wish to learn and potentially perform them during our festival and other outreach events. We have the same goal to host Highland Games training camps to teach athletes how to throw the various implements for competition and form our own local team and to have a pipe and drum corps formed for the future. We one day hope to host a Tartan Ball which is an event all its own, but we’re determined to keep the festival and all of our Celtic heritage events growing on the Oregon coast. We plan to keep this going as long as we can and, eventually, to be self-sustaining. Until then, we continue to count on support from sponsors, donors and volunteers.