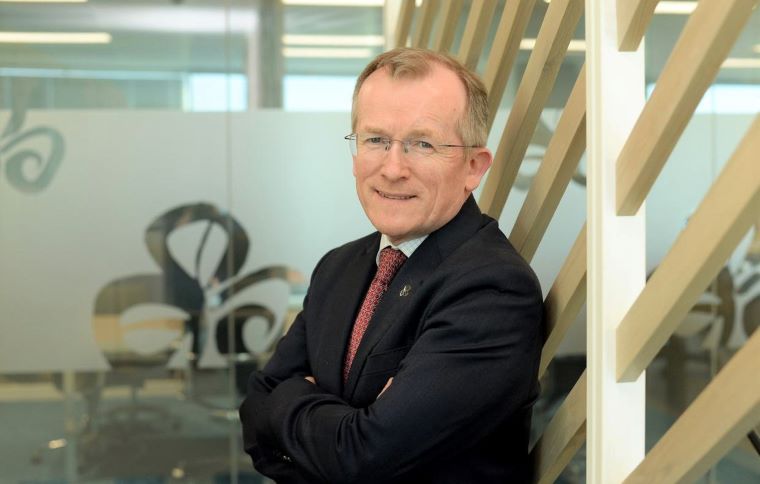 As the CEO of Tourism Ireland, Niall Gibbons is excited to rollout the Green Carpet.

What are your own roots?
I was the last of my siblings, born in Dublin. My family background is actually in the west of Ireland – my dad was from Mayo, and my mother was from Roscommon. They lived in Sligo for a while and that is where my siblings were born. Then, in the mid-1960s, they moved to Dublin, and that is where I was born.

Where do you currently reside?
I still live in the area; I went to school only up the road. I am one of the lucky people in Ireland, able to walk into the office from home in about 15 minutes or hop on a bike in less than 10.

When and why did you get involved with the Irish tourism business?
I fell into tourism by accident. I used to work in marine research, in the public service. The company I worked for, The Marine Institute, were moving to Galway from Dublin, and from a family perspective, it didn’t suit me at the time. At that time, Tourism Ireland was a new initiative that was set up after the Good Friday Agreement to do the promotional work for Ireland abroad that had previously been done separately by the Northern Ireland tourist board and the Irish tourist board. We now promote the whole of Ireland, north and south. I came into that company to help set that up and, eight years later, I became the chief executive and I have been there ever since.

What are the reasons you continue to espouse Ireland’s virtues to travellers today?
Well, I think it is hard to think of anything that I am prouder to do than to promote my country abroad, in the 21 locations that we do it in. Tourism is very much a people-based business. If you ask people abroad one of the things that comes into your mind when you mention Ireland, there are three big things that stand out. Firstly, beautiful landscape and scenery. Secondly, Irish culture – and that could be expressed through Riverdance or music, poetry, and literature. But I think the biggest one of the whole lot – the third one – is the friendliness and warmth of our people. There is a very positive, up-beat side to this business where – no matter how difficult things get – people pull together really well. I like that positive spirit; it is a forward-looking industry in that it connects people and brings them together. Globally, tourism breaks down barriers between different cultures. For all those reasons, and more, I have never grown tired of it and I believe it to be something that has a lot more to give. 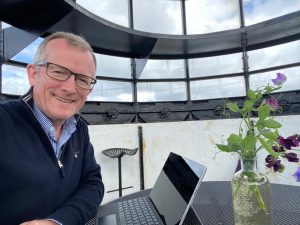 What are the challenges of this vocation, especially during COVID-19?
The challenges fall into two buckets, I suppose. If you had asked me that question a year ago, from an Irish perspective, we would be keeping an eye on Brexit and what it would mean for the British to leave the European Union. We had issues around movement and exchange rates. We had concerns that, economically, things had hit a high and we might be going into a downwards slope on the cycle. But all those things now are completely overshadowed by the COVID situation – it is unbelievably, phenomenally difficult for everybody as it is a global phenomenon. We have never seen the whole world simply come to a stop because of something that is completely outside of our control. I mean, I came into tourism just at the end of 9/11. That was a very difficult time – it was shocking, and it had a big effect on the North American market – but it didn’t stop everything, so to speak. After that, we had SARS, and also terrorism incidents in Europe that had a huge impact on safety and security. However, nothing brought everything to a grinding halt like COVID did. We have a major challenge ahead of us to get everything started again, not just on an Irish scale, but on a global scale.

How are you facing the challenges brought on by COVID?
We are conducting a lot of research in our top markets to see how our consumers are managing during this pandemic. What are they thinking of doing? Where are they thinking of going? What is important to them? Emerging from that, there are a few things that have become quite clear; first of all, customers are telling us that there is a pent-up demand to travel – they are really keen to get going again when the time is right. Secondly, they are saying they want to go back to familiar destinations, they want to visit places that are near to home, and they want to reconnect with friends and family. What that is telling us is that it is very different from two years ago, when people wanted to go on long-haul, brag-able destinations. People want to get back to the familiar, which is going to be really important when we get going again. We are keeping in touch with all our air and sea carriers because we can have all the pent-up demand that we want, but unless you can actually get here, that won’t be enough. And we are also supporting many small-and-medium-sized businesses in our industry to stay connected with the travel trade abroad. It is going to rely on relationships to get the world moving again, and the Irish are very good at that. The green carpet will be rolled out.

What are the rewards of the vocation?
I spent a lot of my last 20 years travelling abroad and meeting people that have been to Ireland, learning how it has impacted them. They may have been people that came here on vacation, or who came to study, or who may have lived here. It is hard to put into words the emotional impact that Ireland has had on people, but I see it consistently, across the globe. There is no question about it; when people come here, they leave with a part of Ireland inside of them. It is really satisfying when I go abroad and meet people who have been to Ireland and I can feel that emotional connection that they have had.

Where are your favourite places in Ireland to visit? Say, your Top 3.
It is hard to pick my top three from the other 300! But for me, because I am from Dublin, I always pick here. It is great to go to the Guinness Store and have a pint. That is a real treat, and it is always very popular with tourists. I think Titanic Belfast represents an aspect of Irish history that has really come to life over the last 10 years, since the building of the new visitor’s centre up there. It tells the tale of how the Titanic was built, and it is part of a renaissance in tourism in Northern Ireland that we have seen over the last while. I also like the west coast, where my family come from. Particularly a place like Westport in Co. Mayo, which is a beautiful town with some really good pubs, good Irish music, and fun, friendly people. Oh, and the food is outstanding, as well. Yeah, those are definitely my three top places. But there are many more. 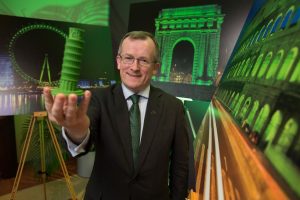 What are your thoughts on the current state of the Irish/Celtic culture?
It is really important that we keep this to the fore. One of the things that distinguishes us is our culture and our heritage, and that gets expressed in many ways – through our diaspora, our music, dance, poetry, literature, art, and more. It is terrific that some places around the world have announced an Irish heritage month. The fact that whole countries abroad are prepared to celebrate that diversity and Irishness is a great matter of pride for us. It has been fantastic over the last year that we have been able to put Irish culture to the fore on all our digital platforms abroad. We have noticed a huge interest in some of the things that we have been broadcasting.

Is enough being done to preserve and promote Irish/Celtic culture generally?
I think you could always do more, but we are depending on our broader family to do that. A lot of that involves the Irish diaspora, groups abroad, along with the Irish embassies and consulates who give support also, who are dedicated to preserving Irish heritage. Really, what we are talking about is one generation passing it down to the next. One thing that we are seeing is the “new” Irish – people who are Canadian or American or some other ethnicity – embracing things like Riverdance, playing traditional Irish instruments, etc. And it is also about having a sense of fun, which is what being Irish is about. So, I believe that we are seeing a gradual expansion of Irish culture.

What is on your agenda for the remainder of 2021, and going forward?
What we are preparing for right now is the re-start of global tourism. We are unfolding a new campaign, and we have relaunched all of our 33 international websites in 12 different languages. We have a major digital campaign planned, including a Liam Neeson video which will be released later on during the summer. What we are hoping for is to get that re-start in the second half of 2021, and ultimately rebuild and redesign Irish tourism to make it sustainable so as to support all the communities around the island, to deliver and build on the peace process over the last 20 years, and to be here with open arms to welcome people when they come back.

What lessons from the COVID situation will you carry into the future of Irish tourism?
Probably nothing hugely different from what was there before, but I will be paying greater attention to be kind to people and to support people. That is what our industry is generally about, but it is a time when all of us around the globe have been very vulnerable. It has been a tough time for small businesses – everybody has been affected, and everyone has to support each other in tough times. And we have to support each other in the good times, too, and remember that the good times will come back, so just try and maintain a sense of hope. That is really my job, as a leader of Irish tourism; yes, things will get better, but the bottom line is we are here to support everybody for now, and we will be here to support everybody in the future.