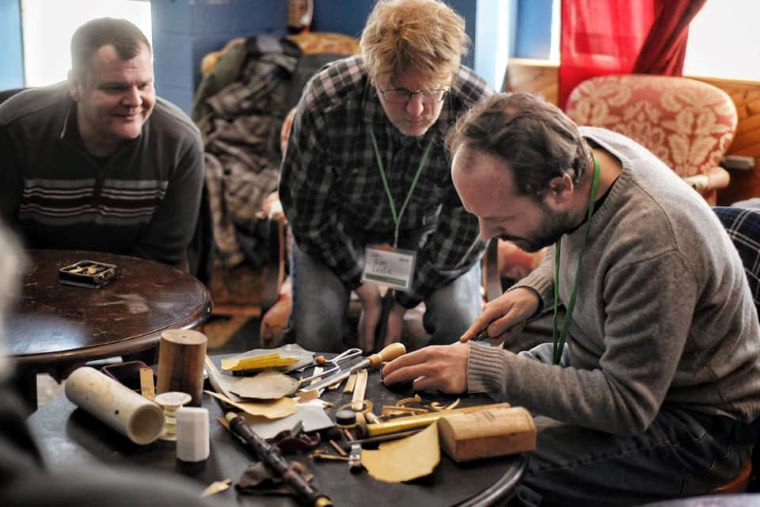 It was a rainy afternoon in an old, Irish pub when Montreal-native Olivier Craig-Dupont first heard the soulful sounds of Irish bagpipes.

“Strangely, they did not strike me back then,” he admits. “It was when I started to learn Irish music on the whistle, and while listening to some of the old players, that the pipes revealed themselves to me. After listening to Seamus Ennis’ ‘An Leanbh Sidhe,’ I said to myself ‘I need to learn this!’”

The 41-year-old – who is of Irish descent on his mother’s side – has been playing the pipes for just over six years now.

“Irish music has something very special about it,” he continues. “It can be linked with the old harp, and the bardic tradition. It is music from nature. Maybe I am romanticizing it all, but I find that this music connects us with the deep roots of nature and some lost sense of enchantment.”

“Each song must tell a story, and each song will teach you how it wants to be played…”

“In terms of phrasing, I try to be a disciple of Jimmy O’Brien Moran’s. There ought to be a fierce approach regarding musical ornaments and accentuation. I think they must serve the phrasing, and it is a difficult thing to do. You have to sit and listen to what you are doing.” 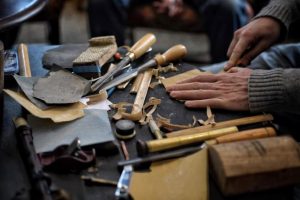 The biggest vocational challenge, he says, is keeping the music alive while living in Montreal.

“We live far from the old folks still playing the tradition. Tapes and cassettes help, but we need something more to keep the music alive. Playing alone and taking the music as a kind of meditation really helps. You must also get your hands dirty and work with natural materials such as cane, wood and leather to make the instrument sing. This special relation with the instrument moulds the music. It makes it raw and soulful almost by default.”

In addition to playing the pipes, Craig-Dupont is skilled in the art of reed making. Earlier this year he was asked instruct a reed-making workshop at the Chris Langan Festival in Toronto, which he lists as one of his career’s biggest highlights.

“I got into the reed-making in order to help desperate beginners – like I once was – who are in search of a working reed.

“My best musical moments, however, are when I busk in the Montreal metro. Playing alone to whomever wants to listen kind of puts you in a right mood for this music. You practise your stuff at your pace; people like it or not; you don’t know, and you don’t care.”

Although he does not believe focus should be placed on preserving and promoting one culture over another – referring to culture as a “moving thing” – Craig-Dupont does feel that more should be done at an educational level to maintain interest in the Irish pipes.

“We go to sessions now and all we see are iPads, Tunepall, and the like. This is killing the soul of music! No one plays the old tapes of Willie Clancy, Seamus Ennis and Tommy Reck anymore, but we should! Schools have a responsibility in passing on some historical knowledge about the music, and to rekindle a desire to dig deeper into its spirit.”

He is currently working with his friend and fellow musician, Patrick Ross, to master the musical styles of old Eire.

“Our goal is to be able to play with the same soul as the old folks. You really have to be in love with the music to play the pipes. It is easier, I suppose, when you are born in Ireland and your mom starts you off at the age of four. But if you fall in love with the instrument and are deeply attached to its music, there is hope, wherever you are.”