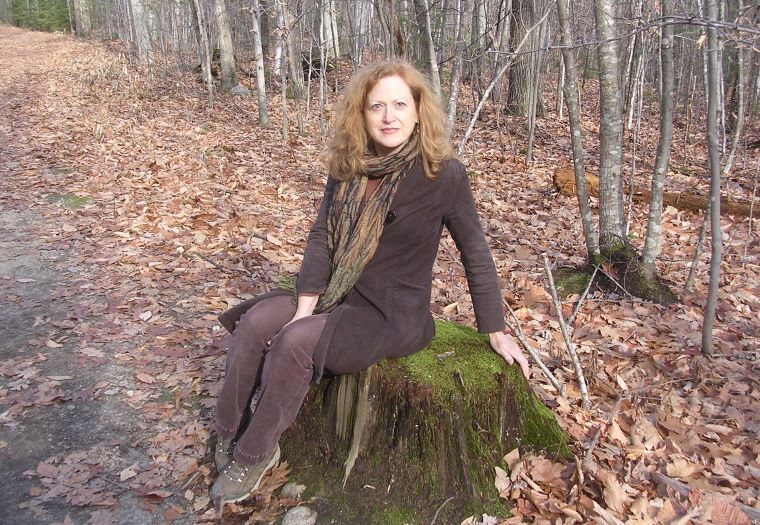 By the age of 11, Irish-American author Cynthia Neale was already fascinated with her future as a writer.

“I would knock on my neighbors’ doors and ask if I could recite my poetry to them,” she tells Celtic Life International via email. “At the time, I identified with Jo in Little Women by Louise May Alcott, and declared to my family I was going to be a writer. I read voraciously and carried around a notebook to write my stories in.”

In time, the young scribe traded in her door-to-door technique for something a touch more traditional.

“As I got older, I sought to sell short stories and essays. I would freeze after the first line or first paragraph. I had to get that first line and paragraph perfect to be able to go on. Now I just let it rip, knowing there will be much editing and revising. It is important to let inspiration and ideas flow and then later, ‘grow them up,’ so to speak.

Neale already has a number of novels to her name, including The Irish Dresser (2003), Hope in New York City (2008) and, more recently, Norah (2011). She has also published a cookbook titled Pavlova in a Hat Box: Sweet Memories and Desserts.

Her career, she shares, has had many notable highlights.

“I have been lucky enough to attend a redhead conference in Ireland to speak about my work. I stood in a stone mansion that belonged to as British landlord during the Famine and was used as a soup kitchen. I felt the shivering presence of my ancestors. 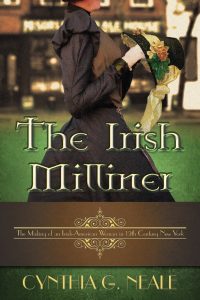 “I also sat on a panel for IBAM (Irish Books, Arts, and Music) in Chicago with a few esteemed writers and speakers. They were all male and all were from Ireland. I was the only woman, and I was not born in Ireland.”

More recently, Neale released her fourth book, The Irish Milliner. The narrative is set in New York City during the civil war and tells the tale of a young woman named Norah McCabe.

“I wrote this novel – and my three previous novels – about my protagonist, Norah. Norah and her stories sought me; I did not seek them. After the first two novels were published, I learned there had been a real Norah McCabe who came from Ireland to New York City in 1847. I thought I had finished telling her story after each one, but there was always more. After finishing the third novel, Norah, I was ready to work on another novel, one that I had been researching and writing for years. But through a dream, I saw Norah parading about in these fantastical, Victorian hats and knew there was another story in her.

“Watching Norah lead me through her escapades, trials and romances, and then seeing her woven into an Irish-American woman without compromise has been deeply rewarding.”

Still, she admits that piecing together The Irish Milliner – which was roughly five years in the making – was not without its challenges.

“I loved digging through history…but deciphering the historical details to support the story wasn’t easy.”

“There is so much that is fascinating but could have been extraneous and gotten in the way of the story. It is difficult; some say that I used too much historical detail, and others tell me they learned so much from my books, while also being entertained.”

Since its debut, the novel has received great popular and critical acclaim.

“I hear from many readers; they loved learning about the Draft Riots, the rich history of New York – especially the twists and turns of history – and enjoyed being back in Norah’s life. I am always thrilled when readers take the time to write a review on Amazon or Goodreads.”

Neale is currently working to adapt her first three novels into a series for television, called “The Irish Dresser.” She is also fleshing out her next story, Catharine, Queen of the Tumbling Waters, which follows a Native-American woman with French blood who lives in New York State during the American Revolution.
“As an author, I will always see flaws in my writing. I am still growing, but now I have a sense of my own style that evolved slowly. If the story ends with love and sense of satisfaction, I will consider myself rewarded.”