On The Trail of Celtic Europe 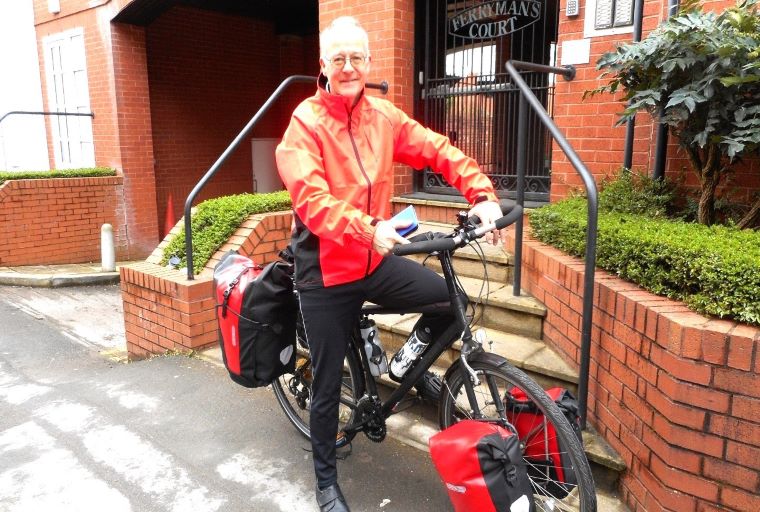 Four hundred metres above the city of Clermont-Ferrand in central France stands the plateau of Gergovie. It is a long slow climb to the site where Celtic-speaking Gaulish tribes once resisted the legions of Julius Caesar. Gergovie is the first of several Iron Age sites on my ride across Europe. Since leaving my home in Bristol, England, I have cycled across half of France and will spend the next few months crossing the countries of central and southeast Europe once dominated by Celtic tribes.

My interest in all things Celtic goes back many years. I was born in Liverpool – the first port of refuge for Irish emigrants looking for work or fleeing starvation during the potato famines of the mid-19th Century. My father’s family were Catholics, descended from those emigrants. I have a searing memory, from an earlier cycling trip, of the Great Famine Exhibition in Skibbereen on the southern coast of Ireland.

A few years ago, I did a DNA test which showed that I am nearly half Irish. Most of the rest of my heritage, from my mother’s side, is Scottish. So, I would qualify as a Celt by ancestry, but what does that really mean? Is there such a thing as a Celtic “race” and if so, where did they come from? Those questions have vexed historians, archaeologists, geneticists, and linguists. They have fascinated me for many years, leading up to this trip.

The word “Celtic” mainly refers to a branch of languages. The peoples of Ireland, Scotland, Wales, and Brittany speak (or their recent ancestors spoke) Celtic languages. Where and when did that branch emerge and how did it travel to the western fringes of Europe? Historians used to think they knew – they believed it arrived in the Iron Age with invaders from central Europe: the people called Keltoi by the Greeks. More recent evidence has cast doubt on that theory. There is growing support for the view that Celtic languages spread in several directions from Gaul, which is mostly in France today. Little remains of several Iron Age languages believed to be Celtic, but the few fragments we have in the Gaulish language confirm that it was definitely Celtic.

During the second and first centuries BC the Roman Empire expanded into Gaul, subjugating the Celtic tribes. In 52 BC, a local chief Vercingetorix persuaded the surrounding tribes to join him in a war of liberation. His tribe, the Arvernes, occupied several important settlements, including Gergovie, around the modern city of Clermont-Ferrand. 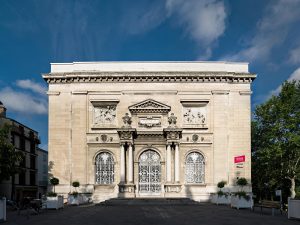 I approached Clermont-Ferrand from the north, passed the football stadium with Vercingetorix as its emblem, and passed the Place de Jaude, where his statue dominates the heart of the city. I passed the neo-classical facade of the Bargoin Museum and decided to go there first. It was the right decision. The Bargoin has an impressive collection of Iron Age artifacts, including many discovered at Gergovie. It puts Vercingetorix and the Gauls in the broader context of Celtic Europe, displaying their technology and the artistic styles associated with La Tène in Switzerland and Hallstatt in Austria, which lie later in my journey.

Screens in the Bargoin Museum show cinematic reconstructions of the battle of Gergovie. In one memorable moment, the Romans approach a lightly defended section of its walls. From above the ramparts the Gaulish women throw down clothes and money, baring their breasts and leaning over with outstretched arms, beseeching the invaders to spare the women and children.

That image kept returning to me as I climbed the road to Gergovie. It snakes through Mediterranean-looking suburbs and past a medieval village with a castle, before revealing panoramic views towards the mountains of the Massif Central. I stopped to take in the scene and imagine the trepidation of the defenders as they watched their enemies climbing towards them.

The new museum of Gergovie is an ultra-modern glass and metal structure perched on the edge of the plateau, looking down over the slopes where Caesar’s troops made their ascent. An animated display shows how the Romans set up two camps on smaller hilltops you can see below. They created a diversion, distracting the Gaulish troops and allowing a raiding party to reach the walls unchallenged. But then, as the women begged for mercy, the Gaulish cavalry arrived, forcing them to retreat and to lift the siege. Their victory bought some respite and fleeting hope for a united Gaul, free from Roman domination. We know all this from Caesar’s writings, biased though they are, supplemented by archaeological excavations, which began in the 19th century and continue today.

Some people still question the precise location of the battle but Emilie Pacaud, one of the curators, says the archaeological evidence is now clear. It took place in the spring, and they fought again in the autumn, further north, where Caesar finally prevailed. I told her where I was heading next, and she said: “La Tène? Of all the museums I have visited outside of France, the Laténium is one of the best. If you are interested in Celtic culture, you really must go there.” ~ Story by Steve Melia