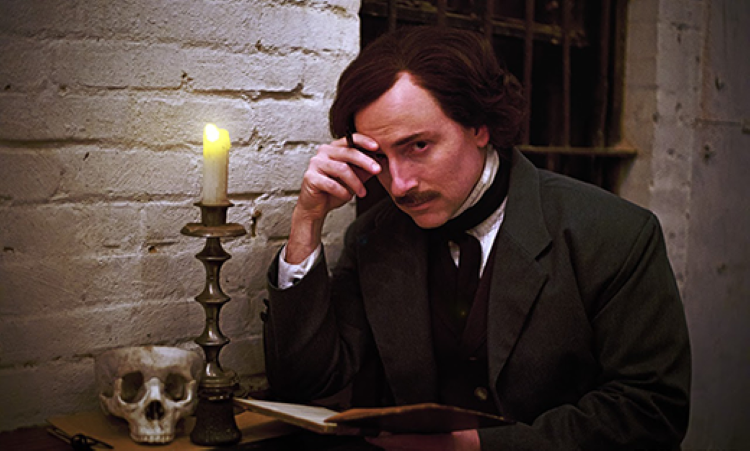 Who knew that internationally-renowned American author Edgar Allan Poe had a Scottish connection?

The internationally-renowned author of The Fall of the House of Usher and The Tell-Tale Heart, Edgar Allan Poe, is largely identified as American. But thanks to his foster parents from whom he derives his middle name, Allan, Poe has a Scottish connection. Poe’s own early life, while not as Gothic and eerie as his fiction, definitely was not without turmoil. Here, gentle reader, for your entertainment and edification, is the early, troubled life of a literary genius. Read on.

Edgar Allan Poe was born to a pair of impoverished and itinerant actors. The father soon left and not long after, his mother died of tuberculosis. Enter one John Allan: an Ayrshire native who went on to earn his living as a Virginia merchant. He and his wife took in the destitute child. Originally, an orphan himself, Allan must have found some emotional connection with the young Edgar. The childless Allan couple welcomed the boy into the family and on January 7, 1812 had the young lad christened, officially changing his name to Edgar Allan Poe. 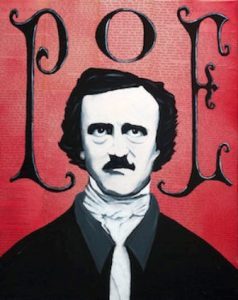 “John Allan is a key figure in Poe’s life, but he is not well understood,” wrote Brian Morton, author of the biography, Edgar Allan Poe. In fact, Allan was something of an enigma. Often portrayed as rich, Allan experienced as many periods of struggle as he did of success. His financial circumstances aside, Allan’s surviving letters show “a bright and witty man of some education.”

Born in Ayrshire in 1780, Allan left Scotland at the age of 15. It would be two decades before he returned to his homeland. During his first years in America, he had served an apprenticeship with his uncle’s merchant company in Richmond, Virginia. After five years of learning the business ropes, Allan and a partner named Ellis launched their own trading firm, which dealt largely in the tobacco crop.

For a while, the business prospered, but by 1815 a troubling slump occurred and Allan decided to try his luck overseas. That year, the Allans and six-year-old Edgar set sail for Europe. Arriving in Liverpool some five weeks later, the family headed to Scotland, where Allan visited his sisters in Ayrshire. It has been reported that Edgar attended grammar school in Ayrshire. However, the exact details are now sketchy. The family eventually relocated to London. During this time, Edgar attended the Manor House School in nearby Stoke Newington.

Five years after arriving in Europe, the Allans headed back to America. Allan’s London venture ultimately did not succeed, and he found himself in “difficulties” upon his return to Richmond. To Allan’s credit, even during his most strained time, he continued paying for the education of Edgar, who was sent to the local Richmond Academy.

One item Edgar had to contend with was that most of his neighbors and peers were aware of his “lowly origins,” that his biological parents had basically been destitute vagabonds. As biographer Morton says: “There seems to have been a certain amount of snobbish disdain directed at Poe in aristocratic Richmond, mostly by his schoolmates, but very probably on the word of their parents.”

Whatever insecurities he faced, Edgar found an outlet for self-expression through literature. Allan seems to have supported the boy’s creative endeavors. He shared a manuscript of Edgar’s poetry with the headmaster and indicated an interest in seeking its publication. However, the headmaster suppressed the publication, fearing that authorship might make young Edgar too full of himself.

Soon enough, Allan would have no interest in Edgar’s work altogether. Whether it was the turmoil of a creative temperament or some shortcoming of personality, Edgar apparently developed into a bit of an ingrate. Allan describes the teenage boy as: “miserable,” “sulky,” “ill-tempered,” with “not a spark of affection for us, not a particle of gratitude for all my care and kindness toward him.” 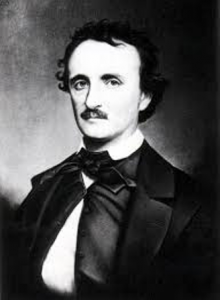 The ‘ill-tempered’ one enrolled at the University of Virginia, where he showed more interest in gambling than study. Edgar’s tenure there lasted all of one semester, after which time Allan refused to pay for his education. The man’s generosity had run dry. It was replaced by a wealthy amount of animosity.

In March 1827, after one too many a quarrel, Edgar left the Allan household for the last time. He did continue to send letters, however. These letters involve a curious mixture of defiance and begging. Edgar writes: “My determination is at length taken…to find some place in this wide world, where I will be treated not as you have treated me.” He adds that his “resolution is unalterable.” However, the very next paragraph brings an abrupt change of tone as he writes: “Send me, I entreat you, some money immediately.”

Even as late as 1833 – some six years after he stormed out of Allan’s home – Edgar sent him a letter saying: “I am perishing – absolutely perishing for want of aid…For God’s sake pity me, and save me from destruction.”

Allan, who died the following year, no longer wished to respond. Between himself and Edgar, the bitterness had reached such a point that their relationship was ‘nevermore.’