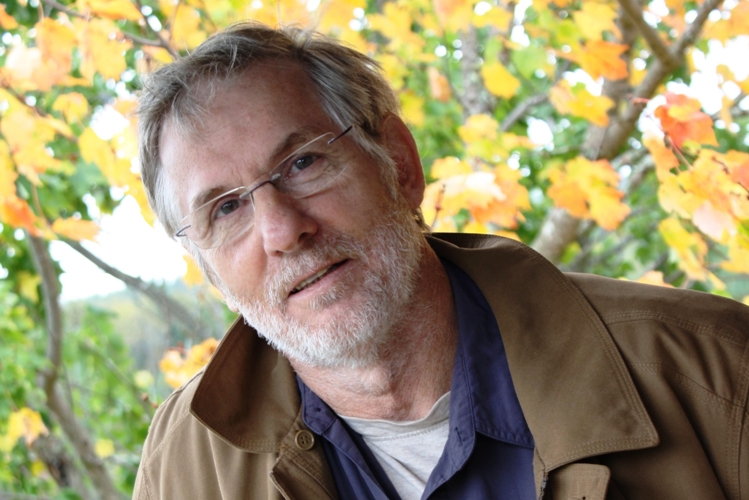 Since we last spoke with David Adams Richards (2014), the New Brunswick-based author has been busy on a number of fronts, publishing two new novels and being appointed to the Canadian Senate. Recently, we caught-up with the multi award-winning scribe – whose family roots go back to Ireland – to discuss the power of politics and penmanship.

Congratulations on the appointment to the Senate. How does it feel?
Thank you. It feels good. It feels right – like it is where I should be at this point in my life. Ottawa has been good and kind to me so far, so I have no complaints. At times I do miss the comforts and familiarity of being at home in Fredericton though.

Did you ever think that you would be involved in politics?
It wasn’t something that was ever on my formal agenda, no. I have always had an interest of sorts in politics, and I have been involved now and again in a number of matters in Fredericton that might be considered political, but mostly I have watched from the sidelines as a casual observer. So, when the call came from the Prime Minister’s office last year, I was a little taken by surprise. I discussed the opportunity with my family and friends before deciding that it was too unique an opportunity to pass up. 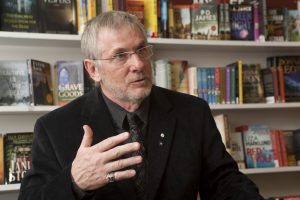 Has it been what you thought it would be?
I didn’t have many pre-conceived notions before going in. In fact, truth be told, I was somewhat unaware of the role that a Canadian Senator plays in the country’s political process. There was a steep learning curve there for sure, but I was lucky to have many supportive people around me to keep me moving in the right direction until I could find my feet. That said, what struck me in the first few months of the job was both how much work is involved with the position, and how effective our parliamentary process can be. I’m not sure that most Canadians realize how fortunate we are to have the kind of political system that we do.

Will these experiences find their way into your work as a writer?
They already have in some respects. I mean, that is the role of a writer is it not? To observe and record his or her life experiences. I am sure that a book will come of this, though I am not sure yet how it will present itself. One thing is certain, however; there is much there to work with.

Your new novel, Mary Cyr, is quite political.
Yes, there is a lot of politics in there. It was inevitable, given the theme and the arc of the entire narrative. Canadian politics for sure, and Mexican politics obviously as the story is largely set there, and some American politics as well. But, in some ways, those politics serve as more of a setting or backdrop for the real story, which is one of people and, in this case, one particular character.

Mary is quite a character.
I think so – she might be my favourite character in all my novels. In fact, she might be – and I say this in all modesty and humility – one of the great female characters in the history of Canadian literature. I say that only because she revealed herself to me more and more as the story unfolded. She made it easy on me. I didn’t have to work too hard to bring her to life, she was already there.

Where did she come from?
Like most characters of mine, and I believe this is true of most storytellers, Mary is not based upon any one individual, but is more composite of many people that I have met and known through the years, both male and female. And yes, again like most writers, I am in there as well. But, as I said, she was already there, so I just had to get out of the way and fill in a few blanks here and there. 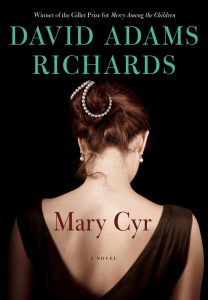 What is it about her that is so intriguing?
So many things, really; first and foremost Mary is very much her own person, with strong beliefs and opinions. She is outspoken, to the point where others see her as a threat of sorts – too headstrong at times, and perhaps too opinionated too often. Her family, her friends, her peers, politicians, and even the corporate world, see her as an inconvenience, and all of them try at some point in the story try to put her in her place – to keep her silent and out of the picture, largely because of what she represents; truth and justice. She has her flaws and wounds, of course; she is often hot tempered, emotional, confused, and misguided, and the tragedies of her past show up in just about everything that she says and does. However, there is no denying her integrity or intent, and she is never afraid to take on bullies of any sort, even when she was a young child at home or during her time in school at the convent.

She is often scathing in her criticism.
She doesn’t hold back in displaying her disgust at hypocrisy, whether it be with members of her family, or her friends, or academics, or politicians, or those in the world of business. A big part of Mary’s story involves her efforts to find somewhere she can fit in – which might be her biggest weakness – and finding a place where she can make a difference, be it in the schoolyard, in the universities, amongst the arts crowd, with various left-wing causes and, of course, in a small town in Mexico, where she tries to get to the truth about the disaster at the mine which her family owns.

Where does all her pent-up ambition to change the world come from?
It is said that anger comes from a place of sadness, while rage comes from a place of injustice. In Mary’s case, I believe it is both. Certainly, the events of her younger years – the death of her parents, being orphaned and then adopted by other family members who refused to involve her in their business dealings, being teased by local bullies, the death of her schoolmate and the ensuing blame, being seduced and then discarded by her professor, the loss of her son – all left her with these huge wounds and a great sense of injustice. She is constantly faced with the decision to recoil from life or to face her fears and use these experiences as fuel to move forward.

Given her immense family fortune, how much of Mary’s behaviour is rooted in ‘white guilt’ or ‘wealth guilt’?
A few people have asked me that, and I have replied that, whether consciously or unconsciously, it cannot be denied. You may have noticed in the book, perhaps more so with this one than with the others, that I have a distaste of sorts for political correctness. Some critics and readers have called me ignorant, insensitive, and even indifferent to these matters. But they miss the point; my issue is not with the matters themselves, but rather with the mob mentality that sometimes come with them. This is even more of an issue today, given that we live in an age when everything is so transparent, and where we have taken the problem of gossip to new and dangerous places via the internet. 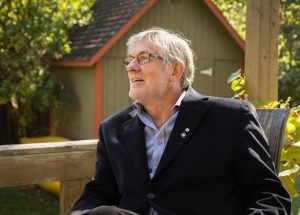 How does that affect Mary?
Early on, I believe that what other people think and say about her has a real impact on how she sees and handles herself in the world. Later on, not so much – she develops a thicker skin, a stronger sense of self, of who she is, and how she can affect change in the world. This is a profound shift in her thinking, and a key turning point in the story; the idea that a single individual can make more of a difference than a group of people, or society as a whole. And history affirms this; the greatest changes that the world has ever known, either for better or for worse, have come from the acts of individuals. In some regards, people like Mary Cyr give us great reason to be hopeful for the future.

Given your new political position, do you think that you can have a similar impact?
Oh, I don’t know. Maybe. I certainly hope so. Time will tell I suppose. I am still learning the ropes at this point. I like to think that I have made some sort of positive difference in my personal life – as a father, husband, family member and friend – through the power of example, sometimes of what to do and sometimes of what not to do. Professionally, I think that I have written a few good stories, with perhaps a few more to come.