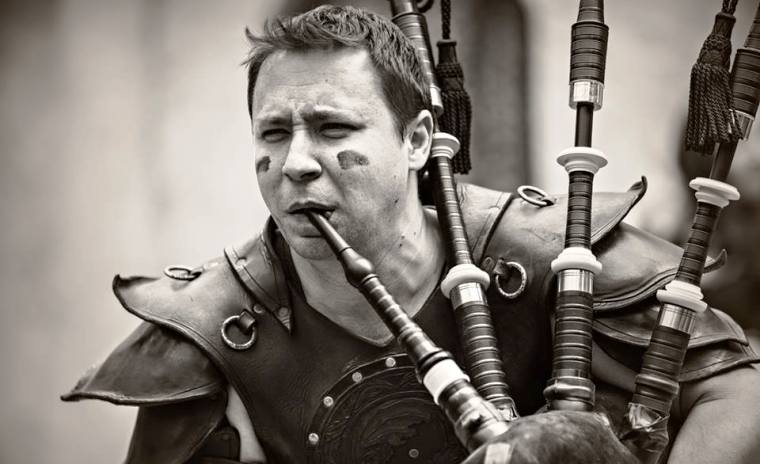 Summers at piping camp may not have rocketed Nate Silva to popularity, but it won him some like-minded friends.

“Let’s say that I had just finally learned a new tune that was really tricky for me – I’d be itching to go to my friends at school and proudly talk about my triumph,” recalls piper Nate Silva, 36, via email from his home in Salem, outside of Boston. “If I was lucky, they’d have politely said something along the lines of ‘um dude, we were talking about football, okay?’”

The son of Portugese and Polish parents, and raised in southeastern Massachusetts, Silva was encouraged to explore music at a young age. After trying his hand at both the violin and the trombone, and even performing with a Polish folk ensemble, he picked up the pipes after being blown-away by a performance in Summerside, Prince Edward Island.

His first instructor, the late Eric Armour of Rhode Isalnd, had spent much of his youth attending summer camps at Colaisde na Gaidhlig/ Gaelic College in St. Ann’s on Cape Breton Island in Nova Scotia, and it was there that Silva also found his passion.

“Being at the Gaelic College for the summer provided a very powerful combination for youngsters like myself – expert instruction coupled with peers.”

At long last, the teenager felt free to share his piping experiences while also having great fun taking part in “all sorts of idiotic shenanigans.” 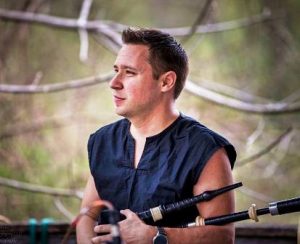 “For someone like me, this was a recipe for something profound. I was desperate to return to the Gaelic College every summer to be reunited with my friends. What’s more, many of those friends could be found at the local highland games and festivals, so I certainly made sure to get to those events as well.”

While the social aspects were enough to keep him returning for seven summers, he points out that renowned instructors such as Bob Worrall, Ed Neigh, Ken Eller, John Walsh, Fin Moore, Ryan MacDonald, and Bruce MacPhee helped him to develop his piping skills by leaps and bounds.

“Cape Breton is where I truly fell in love with the music and the culture, amplified by what became lifelong friendships.”

“That is what kept me playing in my formative years. Today, I am motivated by looking back on how monumental those experiences were for me and wanting to share them,” says Silva, who recently began teaching the pipes.

Although he stopped competing at an early age, finding it too restrictive, he is taking a fresh shot at it and recently placed in Grade 3. If anything, it will make him a better resource for his students.

“I have had a couple of good showings starting out so I am hoping to move up to Grade 2 soon. I hated piobaireachd when I was a kid, but in starting up competitively again I had to give it a go. I stumbled across a tune that somehow really caught my attention – MacGregor’s Saute. I love it, and that makes all the difference for me.”

As a performer, he thrives on entertaining an audience, tapping or stomping his foot and even running in circles as he plays.

“I really gravitated toward the folk style of piping, particularly the Cape Breton ceilidh style; fast, up-tempo strathspeys, reels and jigs were my bread and butter for a good 20 years. More than anything, I like to be engaging – to show energy.”

In his youth, Silva was drawn to the Celtic sounds of Seven Nations, Ashley MacIsaac, Richard Wood, Rufus Harley and Slainte Mhath.

“Bruce MacPhee’s playing in Slainte Mhath probably had the most direct influence on my own sound and that probably continues to this day. Many people seem to be under the impression that bagpipes can’t, or shouldn’t be played with anything except themselves and maybe percussion. I have come to see that bagpipes, like any instrument, are only as limited as the musician allows them to be.”

Today, he appears regularly with Cu Dubh, a high-energy, tribal style bagpipe and drum group that plays festivals up and down the American east coast.

“Another career highlight for me was my time with the Highland Light Scottish Pipe Band. I showed up one day just hoping to have an outlet to play once or twice a week,” he says, noting that he later became even more involved as both pipe sergeant and pipe major.

“And, through it all, I am still making life-long, like-minded friends…”